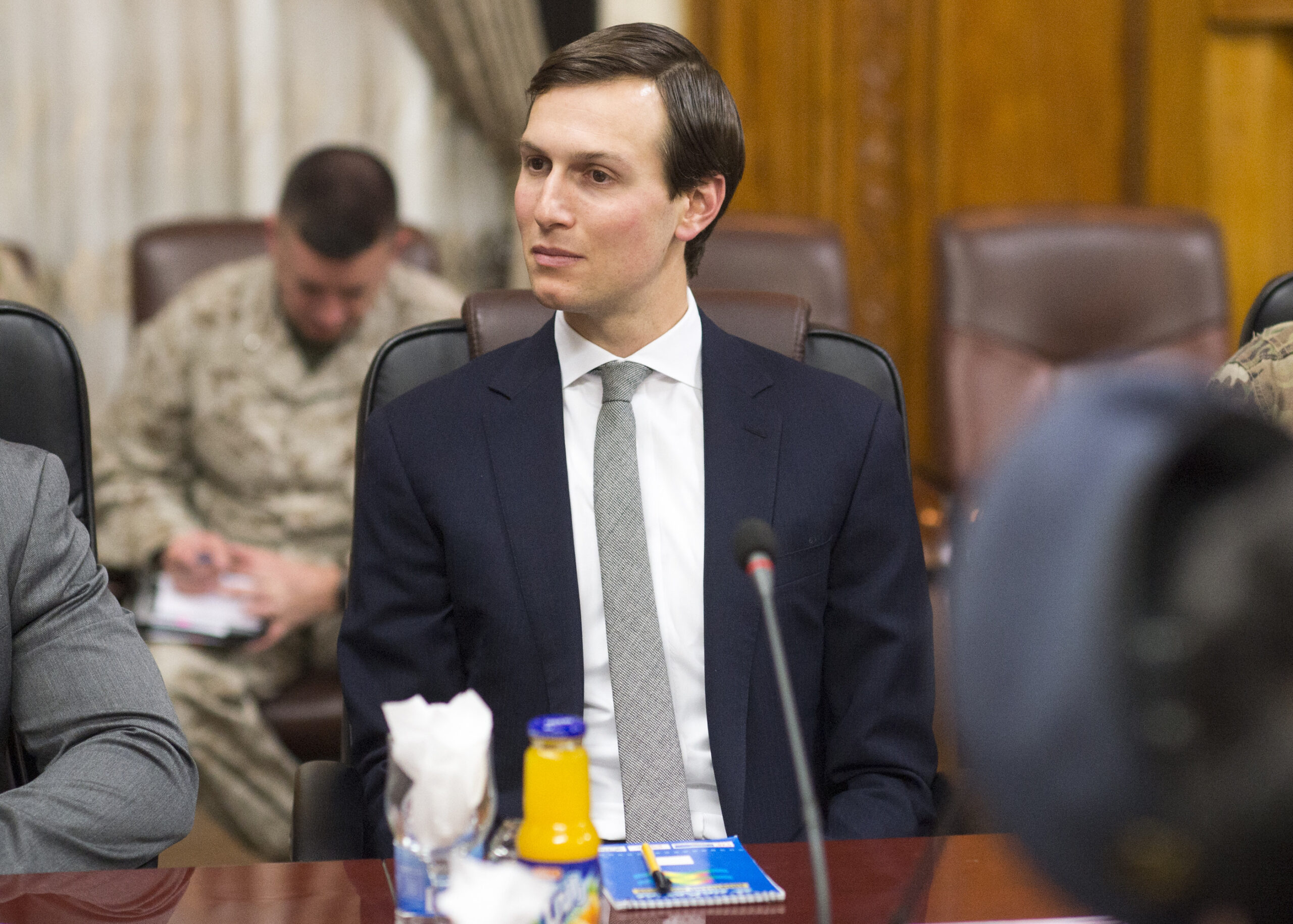 Former Google CEO Eric Schmidt is in hot water over a salacious affair allegation revealed by an ex-business associate. While the gossip rags are having a field day with those allegations, the more important story revealed in the leaks is Schmidt’s ties to Jared Kushner, Donald Trump’s son-in-law and senior adviser.

One of the text messages released by the jilted business associate, former D.E. Shaw trader Daniel Michalow, says he had lunch with Schmidt and Kushner at Davos in 2018.

“I was at table with Eric Schmidt, King and Queen of Jordan, Kushner,” he told D.E. Shaw managing director Max Stone. Stone replied: “Any photos from lunch? And did Eric Schmidt have any of his 18-year-old girlfriends with him?”

It’s odd Kushner would be friends with Schmidt. The former Google chief is a staunch liberal who donates heavily to Democrats. In 2016, he was a key player in Hillary Clinton’s campaign. Schmidt funded and developed the Clinton data operation known as “The Groundwork.” This work was so valuable to the campaign that John Podesta dubbed Schmidt the campaign’s “head outside advisor.” The Groundwork didn’t close up shop after Hillary lost; it now focuses on helping out the anti-Trump “Resistance” and other liberal causes.

Schmidt’s take away from the 2016 election was that tech companies need to ensure “bad outcomes” never happen again: “How people get their information, what they believe, what they don’t, is, I think, the project for the next decade.”

This man is not exactly a friend to Trump or conservatives, yet Kushner and Schmidt are remarkably friendly. The two attended the 2019 Bilderberg conference together. Right before Trump’s inauguration, Schmidt had lunch with the president’s son-in-law and senior adviser.

While Schmidt hoped Big Tech would ensure another Trump could never emerge, he effusively praised Kushner a few weeks after the election:

Jared Kushner is the biggest surprise of the 2016 election . . . Jared understood the media world in the way the media folks didn’t . . . Remember all those articles about how they had no money, no people, organizational structure? Well, they won, and Jared ran it.

If Schmidt is so in awe of Kushner, then why do most of his money and political energy go toward destroying his father-in-law?

Additionally, the Internet Association – a trade group that represents Google and other tech giants – awarded Kushner’s wife, Ivanka Trump, the “Internet Freedom Award” in 2019. The award was given to recognize “Ms. Trump’s extraordinary contributions to public policy and the internet economy.” The Internet Association claimed Ivanka’s efforts increased “bipartisan support” for policies beneficial to Big Tech.

Last year, Trump agreed with tech entrepreneur Peter Thiel’s assertion that Google’s cozy relationship with China was treasonous and said his administration would look into the matter. The president also believes America should take serious antitrust actions against tech giants such as Google.

“Every week you see them going after Facebook and Apple and all of these companies . . . The European Union is suing them all of the time,” Trump told CNBC last June. “Well, we should be doing this. They’re our companies. So, [the EU is] actually attacking our companies, but we should be doing what they’re doing. They think there’s a monopoly, but I’m not sure that they think that. They just think this is easy money.”

For instance, Makan Delrahim, the current head of the Justice Department’s antitrust division, recused himself from the investigation to ensure impartiality. Delrahim previously worked for tech lobbies. In contrast, the Obama Administration interfered with agency investigations into Google in the early 2010s, which likely explains why – magically! – no antitrust violations were found against the tech giant.

Google is a powerful corporation with immense influence over our culture and economy. Our officials should make sure tech giants follow the rules and don’t bend the system to their advantage. Our officials need to remain impartial and not allow personal relations to cloud their judgment.

That’s why Jared and Ivanka’s ties to the industry are so concerning. Big Tech hates Donald Trump, yet tech execs curry favor with his son-in-law and daughter. This could impact any investigation or actions Trump takes against tech giants like Google.

The president is obligated to do something about the immense power tech giants wield. Silicon Valley needs to be drained as much as the swamp inside the Beltway.

[Image Credit: Flickr-Chairman of the Joint Chiefs of Staff, CC BY 2.0]