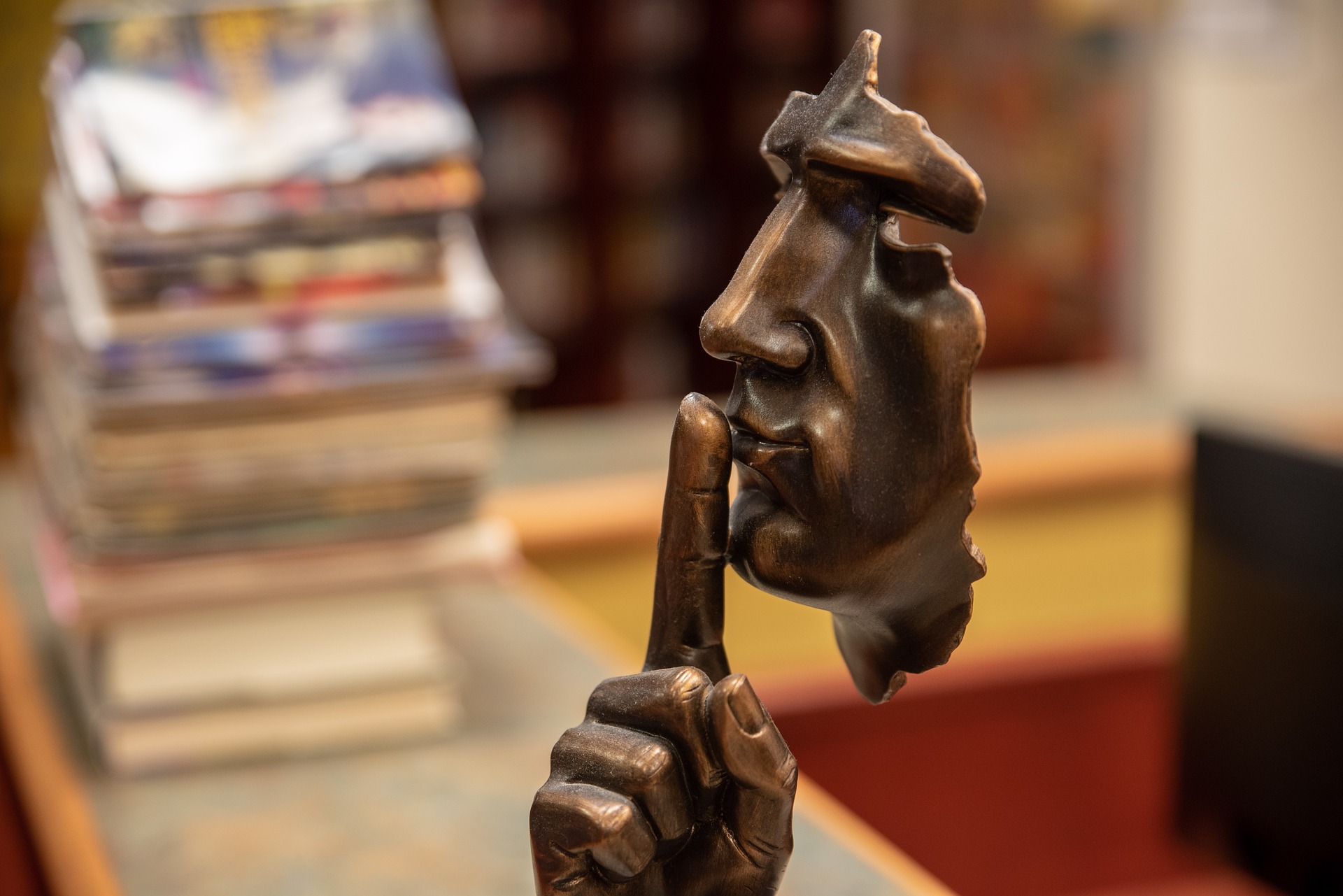 George Orwell wrote his dystopian novel “1984” more than 70 years ago. In it, he described a totalitarian state in which “Big Brother” created the language “Newspeak” to control the thoughts of its citizens.

“1984” is becoming more and more prescient by the day.

Earlier this month, The Denver Post fired one of its opinion columnists for committing the language crime of saying “there are only two sexes, identified by an XX or XY chromosome. That is the very definition of binary.”

The columnist, Jon Caldara, is the president of a libertarian think tank in Colorado. The Post told him that although he was its most-read columnist, he needed to use the approved terminology. He must refrain from writing what he believes – that there are only two sexes – and instead conform to the language of the times.

The Denver Post tried to impose a modern form of Newspeak on him.

He didn’t go along, and he was swiftly terminated.

Following his firing, The Denver Post published a job opening for two opinion columnists. The paper said it was “looking for writers with strong voices, strong opinions,” and that it is “looking for both conservative and liberal writers.” The Post even added, “We do not have any type of political litmus test for our columnists.”

Well, you can be the judge.

Caldara is hardly the first person to face punishment for saying that sex is binary and rooted in biology.

In 2018, Nicholas Meriwether of Shawnee State University addressed a student as “sir.” The student approached the professor after class and demanded he use feminine pronouns. Since this violated his religious convictions, the professor chose to address the student simply by a first or last name.

But that wasn’t enough, and the school charged Meriwether with creating a “hostile environment.”

A similar controversy erupted at a Virginia high school in 2018. The high school fired French teacher Peter Vlaming for not using male pronouns when addressing a biologically female student who identified as a male.

Out of conscience, Vlaming asked the student if he could use a first or last name only. The student said no.

These are not isolated incidents. They are all connected as parts of a larger trend of compelling speech.

Compelled speech is even a threat coming from Congress. Speech could be compelled on a nationwide basis if the House-passed Equality Act is signed into law, making “gender identity” into a protected class under Title VII of the Civil Rights Act of 1964.

A leading proponent of the bill, LaLa Zannell, manager of the ACLU’s Trans Justice Campaign, said the Equality Act is important precisely because it would protect Americans who identify as transgender from harassment that includes misgendering.

Compelled speech is not just an American problem. Last year, a 30-year veteran doctor in Britain was fired from the National Health Service for not calling a 6-foot man with a beard a “she.”

The employment tribunal that heard his case said his belief that God created human beings male and female was “incompatible with human dignity.”

That’s right. Holding fast to some of the most basic beliefs of history are now “incompatible with human dignity” and can cost you your job.

Standing up to this censorship should not be a single-party issue. Both conservatives and liberals should agree that forcing someone to use language they believe to be untrue is unacceptable.

Moreover, censorship is now affecting both sides of the political spectrum. Self-described socialist and feminist Meghan Murphy, for instance, was banned from Twitter in late 2018 for “misgendering” someone.

“[W]e’re talking about free speech,” Murphy said, “and that’s a concept that everyone should support regardless of whether or not they’re on the left or the right.”

Murphy’s fellow Canadian Jordan Peterson was one of the first to speak out against Canada’s compelled-speech policy. He noted that “[f]ree speech is not just another value. It’s the foundation of Western civilization.”

The truth is that compelled speech doesn’t benefit anyone. The public square should be a battlefield of ideas where the only weapon is diplomacy through persuasion, not a sword of compulsion.

Our Founding Fathers understood this, and so they enshrined the freedom of speech in the First Amendment. This is the cornerstone of our republic, and it is the envy of all those who live under repressive regimes.

Immigrants from the former Soviet Union, Nazi Germany, and Maoist China did not seek refuge in the United States to have their speech compelled once again.

The sword of compulsion must not be brought to the United States. Americans should not have to worry that they could lose their jobs if they do not agree with the politicized terminology of the day.

Let us fight for the freedom of speech for all, and prevent Newspeak from gaining a foothold in the land of the free.