‘Typical Americans’: A Celebration of Us 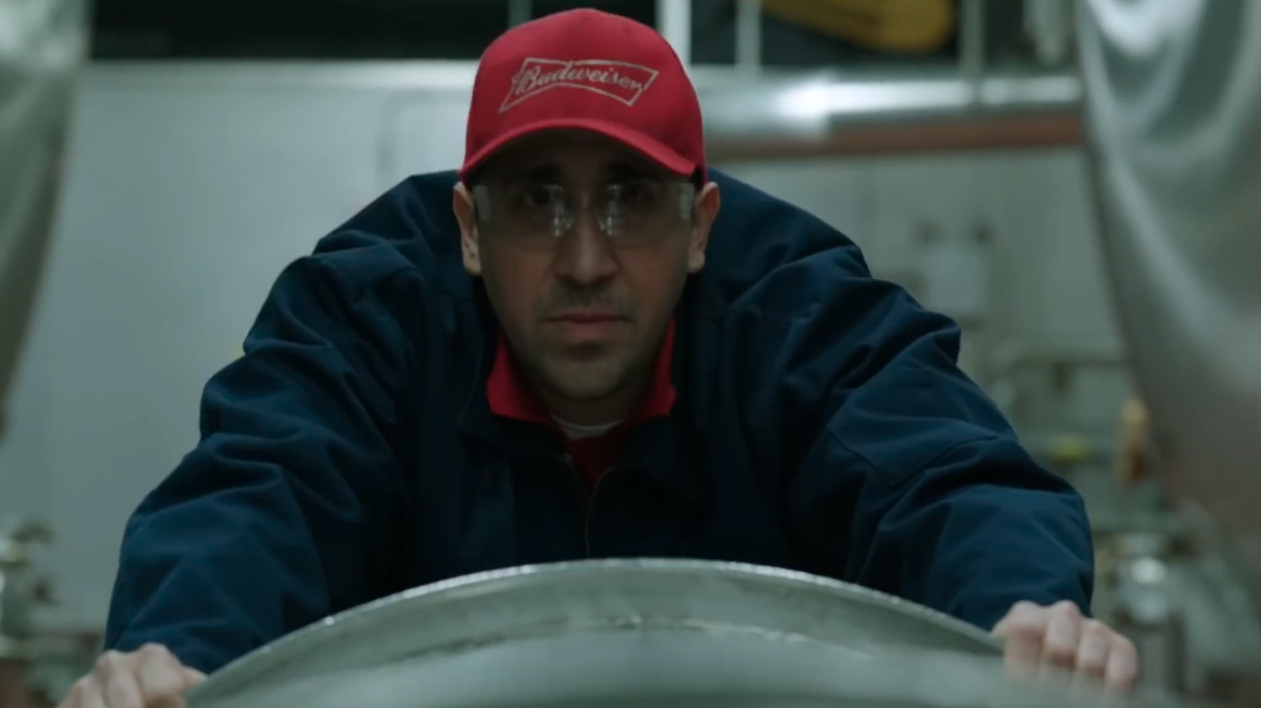 This Sunday, February 2, brings us Superbowl LIV, pitting the San Francisco 49ers against the Kansas City Chiefs. That same event also features a one-minute advertisement that should bring joy to all of us who love America.

Called “Typical American,” this Budweiser ad provides viewers an exuberant look at the American people, accompanied by a dry sense of wit. For example, when we see a man pushing a stranded motorist through the snow, the voice-over says, “Look at him, touching other people’s things.” Then Ken Nwadike, Jr. founder of the “Free Hugs Project” is shown wearing a T-shirt reading “Free hugs” while confronting police, and then giving an officer an enormous hug. The voice-over comments, “Just look at them, thinking they can save the world.”

This ad speaks to American pride, to hard workers, to people with generous hearts, and to those with a can-do attitude. According to Budweiser, “the American spirit is alive through the extraordinary actions of ordinary Americans.”

Some critics dismiss the ad as too sentimental. (Okay, I got misty-eyed watching the darn thing.) Others say Budweiser designed the ad to combat stereotypes.

Maybe, but what I saw in this ad were “typical Americans” and an enthusiastic celebration of our country.

As I write, I am sitting in the Happy Creek Coffee Shop in Front Royal, Virginia. It’s busier than usual this afternoon, and all around me are animated conversations and people like me poking away on their cell phones and laptops.

A probable college student is drinking a smoothie while glancing from a book to her computer screen. A large man with tattoos and a bushy beard escorts an attractive young woman with a baby to her seat. A guy with hair to his shoulders and a ring in his nose sits talking about the best Chinese food in town with a young lady whose tattoo extends from the top of her throat down past the neckline of her blouse. On the other side of the room, a man just a few years younger than me, a friend who earns part of his living ghostwriting, is working diligently on another book.

This past Saturday evening, I attended Burns Night at the Virginia Beer Museum on Chester Street here in Front Royal. Robert Burns, the Bard of Scotland, was born on January 25, and his birthday is celebrated round the world as “Burns Night.” At this party were men in kilts, women in tartan skirts and shawls, people in jeans and plaid shirts, whites, blacks, Asians, and Hispanics, young and old, all celebrating a poet who died over 250 years ago. (Okay, okay, some of them were only there for the beer and the free shot of Glenlivet.) Everybody got along. Everybody partied.

The next day at church, an overweight man in his thirties, as usual, led his near-blind wife and daughter to a pew near the front. A mother of seven and her husband sat two pews in front of me. The young woman and man who sat directly in front of me were under some sort of duress; he rose to join the communion line, and she buried her face in her hands and silently wept. After Mass, a young fellow helped a devout woman on oxygen down the steps to the street.

Now I’m writing in the Samuels Public Library, which is on my way home. Over there a homeschool mom and her children, a boy and three girls, are checking out 20 or more books. I know they’re homeschoolers because it is not yet three o’clock and schools are still in session. A librarian once told me, only half-kidding, that the library might collapse without the homeschoolers withdrawing so many books.

There’s the children’s librarian, my grandchildren’s favorite when they lived here, helping a young girl look for a video she wants. In the vestibule, the old guy I see riding a bike around town is eating a sandwich. Near him a man is talking into a cell phone in what sounds to my untutored ear like some Middle Eastern language.

When we tune out all the vicious political arguments these days, when we turn our backs on the ugly parts of our culture, we find what that Budweiser ad touts: typical Americans. They are our family, our neighbors, our coworkers, our fellow citizens.

I have long preferred wine to beer. But when I leave this library, I’m going to stop at the little store near the house and buy a six-pack of Bud Lite. When I get home, I plan to crack open a bottle and lift it in toast:

America, this Bud’s for you.