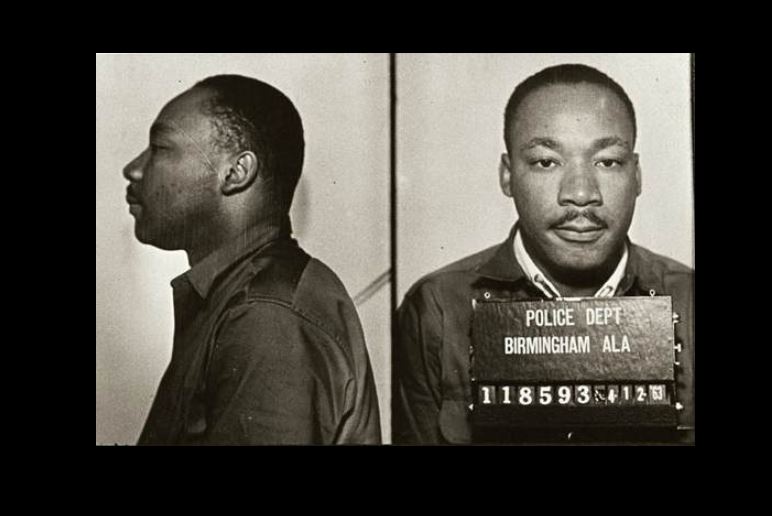 In an age of moral confusion, Martin Luther King’s “Letter from a Birmingham Jail” offers welcome clarity. Its rhetoric still has power today, with memorable phrases like “justice too long delayed is justice denied” and “Human progress never rolls in on wheels of inevitability.” But the heart of his argument, that man-made laws are just only if based on the moral law, conflicts with modern denial of a “moral law.” For man today, morality is seen as cultural or emotional or utilitarian – ”moral law” is the leftover of outdated religion. But if this central pillar is removed, the force of King’s “Letter” collapses.

When Dr. King demonstrated in Birmingham, local clergy criticized his involvement as an “outsider” in activism they considered “unwise and untimely.” “Untimely,” because they were hopeful of a gradual integration for blacks in society; “unwise” because King’s followers were breaking the law by “parading without a permit,” a permit denied by the segregationist establishment. King points out that American blacks are tired of being told “Wait.” (Indeed, King’s later book about the Birmingham demonstrations was entitled Why We Can’t Wait.) Blacks have suffered lynchings, bombings, police brutality, voter intimidation, and constant social humiliation. His activism is not “untimely.”

More importantly, King argues that his disobedience should not distress his critics. We are bound to follow just laws, but not unjust ones. “An unjust law is a code that is out of harmony with the moral law.” Since one of King’s critics was a Catholic bishop (Joseph Durick of Mobile), King cites St. Thomas Aquinas, who taught “An unjust law is a human law that is not rooted in eternal law and natural law.” If racial segregation with its train of injustices offends the natural law, then it cannot compel men in conscience to obey.

Modern people would be quick to agree with the injustice of Jim Crow, but would feel distinctly uncomfortable with phrases like “moral law,” “law of God,” and “natural law,” phrases that King uses reflexively and confidently. Racism is wrong, but wrong because racial harmony is the mark of an “enlightened society,” of equal rights and the democratic outlook. In other words, racism is wrong because we as modern people all agree that it is wrong. There is no “natural law” or “law of God” declaring it so.

Such a view cannot be squared with the language of the “Letter.” Everywhere, King speaks as if there is moral knowledge that people should have as human beings, and that they are blameworthy when they act against this knowledge. The clergy who criticize him, King grants, are men of good will. Open racists like Eugene “Bull” Connor are men of “bad will.” How can the will be “good” or “bad” if goodness and badness are merely matters of emotion or culture? The goodness of the will only makes sense with some objective rule of “goodness” apart from the man-made law.

Many unreflectively believe that moral relativism is necessary for democracy. By this view, it is only by realizing that our moral judgments are mere opinions that we will tolerate diverse views and live in harmony. By contrast, King believes that genuine brotherhood is established by refuting error – that is, by showing that some “moral” beliefs are erroneous: “Just as Socrates felt that it was necessary to create a tension in the mind so that individuals could rise from the bondage of myths and half-truths to the unfettered realm of creative analysis and objective appraisal, so must we see the need for nonviolent gadflies to create the kind of tension in society that will help men rise from the dark depths of prejudice and racism to the majestic heights of understanding and brotherhood.” If moral judgments are mere opinions, the goal of brotherhood itself is a mere opinion, and is no better or more defensible than a society of masters and slaves. King on the contrary believes in a brotherhood of man based on duties in some way known to all, even when they are denied or disobeyed.

King, arguing from the “personalism” of Jewish philosopher Martin Buber, declares that segregation is unjust because “[i]t gives the segregator a false sense of superiority and the segregated a false sense of inferiority.” But if it is not true that “all men are equated equal,” then how could there be a “true” or “false” sense of superiority? There would be no standard by which one could say that men are better or worse, equal or unequal.

In sum, the “Letter from a Birmingham Jail” rests on a basis that most modern people, especially the educated, reject. The barrier for them is not only the Letter’s predictable religious language, which one would expect from a religious leader writing to religious leaders. Rather, it is the more fundamental assumptions which the Christian tradition shares with the pagan philosophers who preceded it. King’s “Letter” condemns racism in view of a moral code based on human nature and the God who made it. This code is not distinctively “Christian” or “Jewish” but human. If this code is denied, the rhetoric of King is ultimately empty. King’s views are objectively no better than the segregationists in Birmingham who opposed him. King, who sought like Socrates to liberate men from prejudice, was after all only persuading society of his own.

This article is republished with permission from Imaginative Conservative.