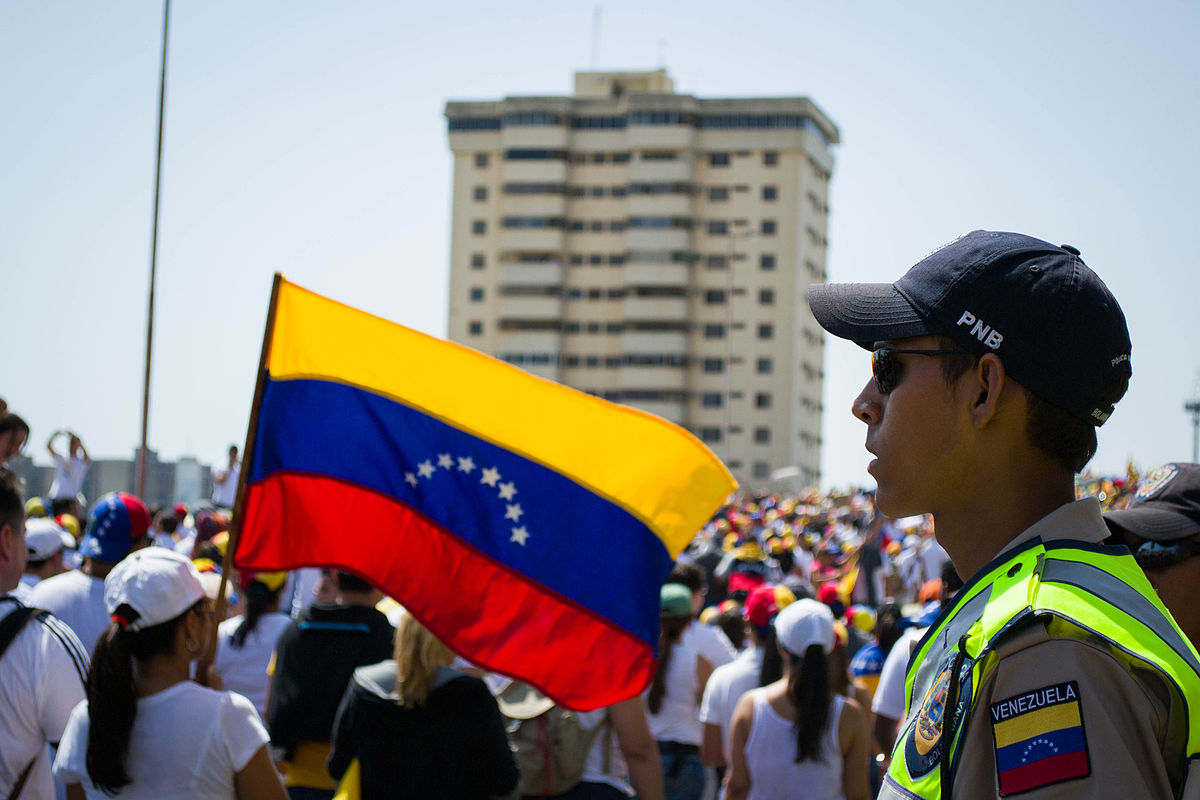 Despite Venezuela’s track record of seizing the means of production of a multitude of industries?, there are still those who have trouble calling Venezuela a socialist state.

The denials are getting more creative. The most recent comes in Jack Ryan, Amazon Prime’s hit show starring John Krasinski as the protagonist from Tom Clancy’s best-selling books.

Venezuela and its suffering take center stage in the plot of season two. Jack Ryan, who in season one was a Ph.D. economist/CIA analyst who stopped ISIS from blowing up Washington, DC, is now a national security policy instructor in Langley, Virginia, home of the CIA’s headquarters. Speaking to a roomful of students, Professor Ryan explains why Venezuelans face suffering of Biblical proportions despite their vast wealth in natural resources (emphasis added).

The fact is that Venezuela is arguably the single greatest resource of oil and minerals on the planet. So, why is this country in the midst of one of the greatest humanitarian crises in modern history? Let’s meet President Nicolas Reyes. After rising to power on a wave of nationalist pride, in a mere six years, this guy has crippled the national economy by half. He has raised the poverty rate by almost 400 percent. Luckily for the rest of us, he’s up for reelection.

Did you catch that? The writers of Jack Ryan are unable to say what actually caused the humanitarian crisis in Venezuela. As Sean Malone explains in a new Out of Frame episode:

In the real world, Venezuela’s problems have one, incredibly predictable root cause… And it’s not simply “corruption” or “nationalist pride.” We need to be clear about this.

The cause is socialism.

The show’s omission of this basic fact is jarring … but wait. It gets worse. Professor Ryan then goes on to describe Reyes’s political opponent.

This is Gloria Bonalde. Now, Gloria is a history professor turned activist. She’s running against [Reyes] on a social justice platform and on the strength of, in my humble opinion, just not being an *sshole. (laughter)

In Jack Ryan’s Venezuela, it’s those who promise “social justice” who are going to save the people from a humanitarian crisis. This turns history on its head.

By making the villain of Jack Ryan a nationalist, the writers take a not-so-subtle jab at U.S. President Donald Trump, whose “America First” slogan has been described as nationalism “that betrays America’s values.” (Trump also describes himself as a nationalist.)

Hugo Chávez, however, was not elected on some “Make Venezuela Great Again” platform. Lest we forget, back in the real world, “social equity and justice” were precisely what candidate Hugo Chávez promised the people of Venezuela when he was elected in 1998 with 56.2 percent of the vote.

To be sure, there’s a line between “social justice” and “socialism,” and it’s unclear precisely where Gloria Bonalde, the fictional presidential contender in Jack Ryan, stands (though her story is suspiciously similar to El Commandante’s.) In any event, for Hugo Chávez the picture is quite clear. He crossed the line from social justice champion to socialist long ago.

He set out to do precisely that, ordering the state to seize the means of production (sometimes using soldiers to do it) of whatever industries he could: steel, agriculture, shipping, mining, telecommunications, electric power, and more. In doing so, he brought about the misery Venezuelans now endure.

Let’s be clear. Nationalism presents its own dangers. Yet these dangers are muted without state power, specifically nationalism’s common bedfellow: socialism.

The fact that the writers of Jack Ryan cannot bring themselves to even use the word socialism to describe what is textbook socialism is disheartening. But the fact that they make Venezuela’s savior someone cut from the same ideological cloth as Hugo Chávez is a grave deceit.

As Malone points out, the stakes are too high for such dishonesty.

Literally millions of people have had to flee the country to find food and shelter or to avoid becoming another victim of Nicolás Maduro’s regime. We need to understand how and why this happened, and Jack Ryan doesn’t even try to get it right.

Those who don’t learn from history are doomed to repeat it, the adage goes. Shows like Jack Ryan are making the job of learning it that much more difficult.