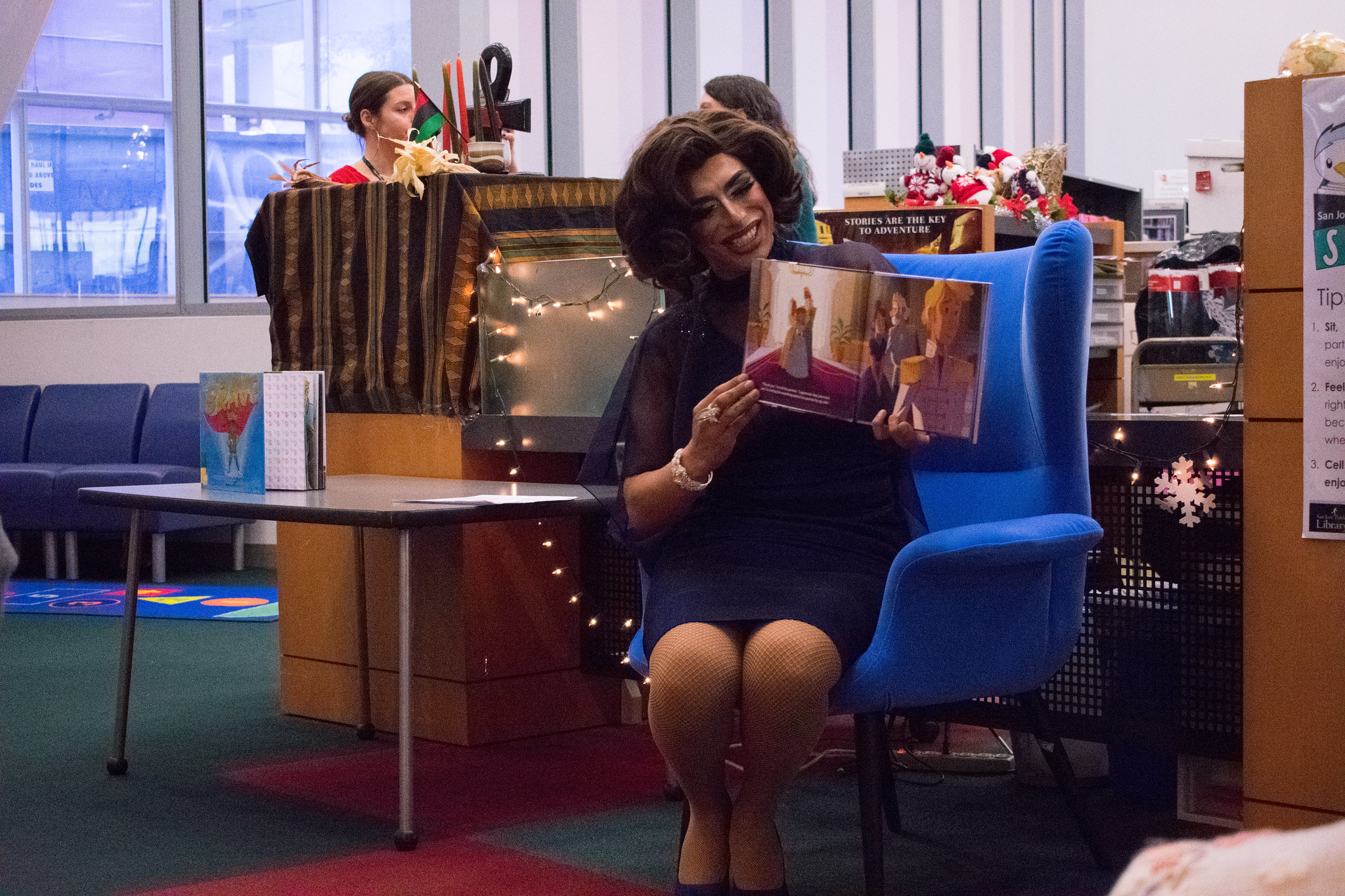 Drag Queen Story Hours started out as niche events on the West Coast, but these events – aimed at children as young as age 3 – have spread to libraries and schools across the United States, dividing local communities.

These story hours are “just what they sound like,” Drag Queen Story Hour’s official website states: drag queens reading to children. The events are designed to be about 45 minutes long for children aged 3 to 8 years old, intended to capture children’s imagination and help children explore their gender fluidity through “glamorous, positive, and unabashedly queer role models.”

“In spaces like this, kids are able to see people who defy rigid gender restrictions and imagine a world where people can present as they wish, where dress up is real,” the Drag Queen Story Hour’s website states.

The New York City-based organization did not respond to repeated requests for comment from The Daily Caller News Foundation.

Queer author Michelle Tea reportedly organized the first Drag Queen Story Hour in San Francisco, California, in 2015. Tea had just given birth to a baby boy and frequently attended library story hours, but said they were “really straight” and did not properly include her queer family.

“There is just a sort of flair with which queers do anything,” she told BuzzFeed News in November 2018. Tea did not respond to requests for comment from The Daily Caller News Foundation. “It’s just a certain sense of humor, a sense of the fantastic.”

Now that President Donald Trump is in office, leaders like Tea say the story hours are more of an “act of rebellion than it was before.”

“Under Obama, [Drag Queen Story Hour] just seemed like a really fun program to do—it was just fun—and it still is that, especially for the kids, but I think that one of the reasons why it is so popular right now is people are looking for things to support in space of what is happening to our culture, where so much hate is being emboldened,” Tea told BuzzFeed.

Rachel Aimee, the Drag Queen Story Hour coordinator for New York, told The New York Times in 2017 that she noticed a Facebook post about Tea’s event.

“Children love dressing up and being imaginative in what they wear,” Aimee told The New York Times. “They see drag queens as people who are doing the same thing, expressing themselves creatively and having fun with it. Also, kids have a much more fluid understanding of gender than most adults do.”

The official Drag Queen Story Hour website boasts 45 independently operated chapters across the United States, in New York City; Washington, D.C.; Chicago; and more. The story hour also has two international chapters: one in Tokyo and one in Berlin.

The American Library Association (ALA) has also backed the movement and offers a plethora of resources on its website “to support libraries facing challenges.” A spokeswoman told The Daily Caller News Foundation in a statement that the ALA “strongly supports the rights of libraries to host whatever programming they decide fits the needs and interests of their communities.”

“ALA strongly opposes any effort to limit access to information, ideas and programs that patrons wish to explore,” the statement said, adding that outside organizations often produce programs at local libraries because libraries do not restrict these events “based on the organization’s background, beliefs, or content of the program.”

“ALA believes that providing library users with the freedom to explore an array of viewpoints, libraries help them develop into thoughtful members of society,” the statement added.

The story hours are not only hosted at libraries. The organization noted that they are also hosted at “schools, bookstores, museums, summer camps, afterschool programs, and other community spaces.”

“Drag Queen Story Hour gave my first-graders a fun and interactive platform to talk and think about social and emotional issues like acceptance, being yourself, and loving who you are,” one teacher said. “During our debrief … [students] were preaching the incredible lessons they had learned, like ‘It’s OK to be different,’ and ‘There’s no such thing as ‘boy’ and ‘girl’ things.’”

The story hours are often met with resistance from local communities, religious groups, and citizens concerned that the events expose children to confusing gender theories and sexual behavior inappropriate for their age.

Pro-family groups like the Family Policy Alliance said they push back against Drag Queen Story Hours out of fear that these highly sexualized events will become “regularly featured events in public libraries and even schools across America,” Family Policy Alliance Executive Director Vince Torres told The Daily Caller News Foundation.

“In addition to promoting gender fluidity, there is an underlying effort to undermine parents’ authority in the lives of their children,” Torres said. “As such, parents need to be aware of this and other efforts aimed at sexualizing and indoctrinating their children.”

President Michele Lentz of the Child Protection League said the growth of Drag Queen Story Hours is a “coordinated, well-funded plan” that is “neither organic nor spontaneous in the cities in which it is occurring.”

“If you peel back the layers, so to speak, one first sees the origin in California through corporate-funded and American Library Association (ALA) promoted events,” Lentz told The Daily Caller News Foundation. “The ALA has been one of if not the largest promoter of DQSH across the country. Their reputation as social change agents has been well documented over the years.”

Sometimes these protests end in cancellations of Drag Queen Story Hours and action from lawmakers.

A New Jersey library canceled a scheduled drag queen story hour after two days of nonstop calls after the story hour was announced. In a January response to Drag Queen Story Hours, Republican Missouri state Rep. Ben Baker introduced the Parental Oversight of Public Libraries Act, a bill that would require all Missouri libraries to establish parental review boards that would have to approve all library events and materials.

“We are also encouraging concerned parents and citizens to contact their local governments when these events come to town,” he added, pointing out that many Drag Queen Story Hour events have been canceled due to public outcry and pressure. “Our hope is that libraries across the country will reach the same conclusion we have—drag queen programs are inappropriate for children and libraries should not be hosting or promoting them.”

Lentz said the Child Protection League’s actions will help other groups to stand up against the story hours. “CPL will continue to alert and equip parents to take actions such as confronting their county commissioners, library boards, and other community leaders, demanding they stop DQSH and holding them accountable if they don’t,” she said.

Protesters gathered as recently as Jan. 4 to stand against a city-sponsored Drag Queen Story Hour at the Lafayette Public Library in Louisiana. Almost 200 members of the LGBTQ group “Parasol Patrol” stood around the entrance to the library twirling rainbow umbrellas to shield attendees from the protesters.

“That’s what these stories teach, is that we should love everyone and we are inclusive,” said Lafayette Mayor Jamie Harkins. “Lafayette prides itself on our diversity and support for diversity and that’s why you are seeing such a big crowd today, because they want to take a stand.”

Stuart Sanks, a drag performer who goes by the persona of Shirley Delta Blow, read at the story hour wearing a dress with cartoon unicorns on it, a gigantic pink wig, an oversized pearl necklace, and glittery earrings.