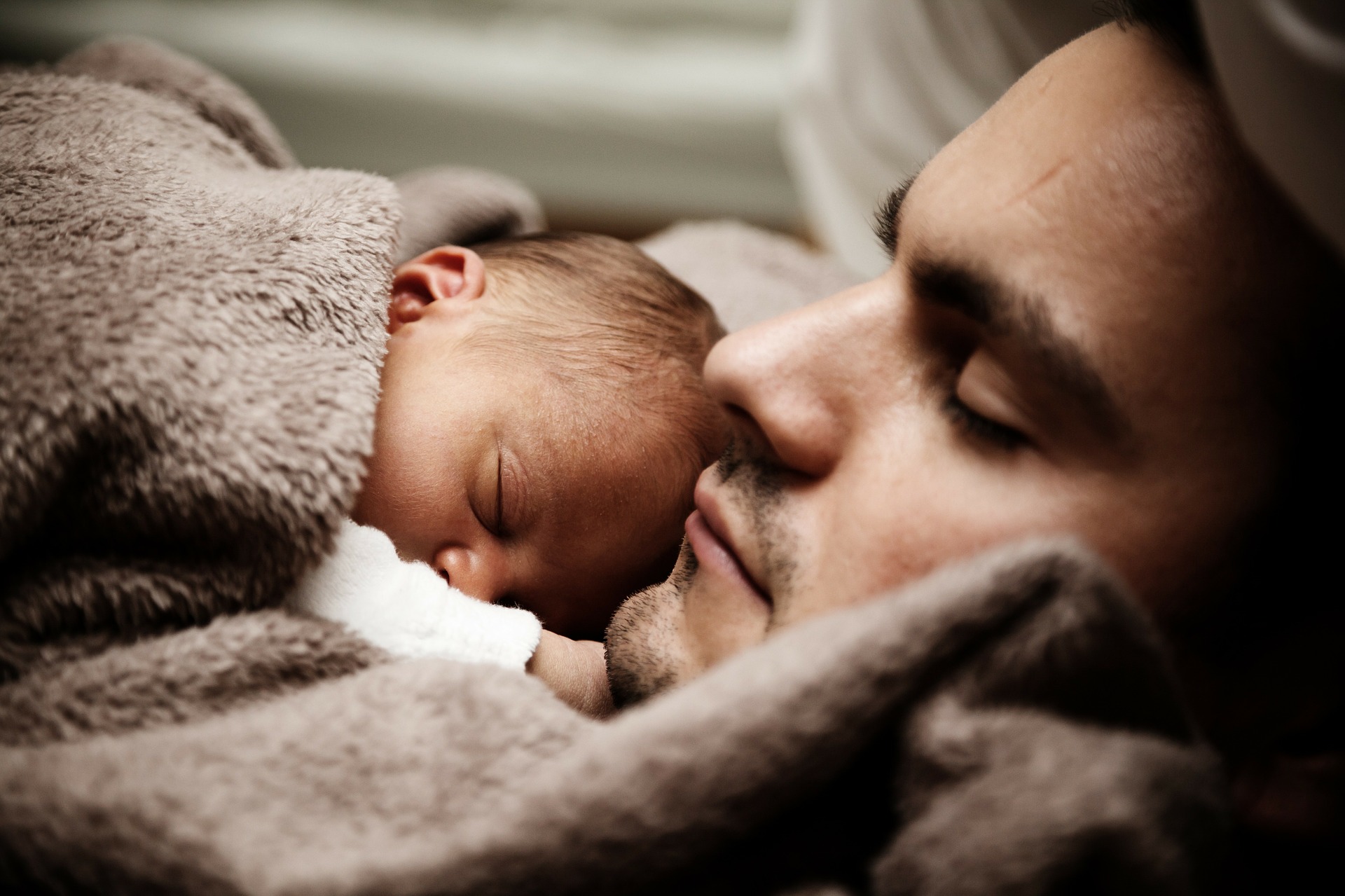 Go to any family-friendly place and you’ll see them. They are men in their late 20s to early 40s, pushing strollers, wearing backpacks full of baby supplies, and sometimes sporting baby carriers with infants tucked inside. Many of them have beards, wear baseball caps, and proudly flaunt their dad bods. They call their kids “buddy” as they hover over them. In many ways, they are the epitome of lame (except for Dwayne “The Rock” Johnson), but they also happen to be the unsung heroes of today.

These are the Millennial dads, though they also include some Gen Xers. And I’m proud to be one of them.

According to a popular article that resurfaced recently, fatherhood has changed a great deal over the past two decades, much for the better: they spend more time with their children, help more around the house, and change more diapers. Today’s fathers are not bumbling fools who need women to save them (see every ‘90s sitcom), nor are they stoic working men who sacrifice affection and vulnerability to keep food on the table and model strength. Rather they are flexible, sensitive, strong, affectionate, and very close with their families.

These men have embraced the innumerable chores that accompany raising young children. They know how to bathe, feed, change, and clean up after their kids. They play with their children, read to them, and look after them at the playground. They are the muscle that can lift unusually heavy toddlers into various car seats, high chairs, and swings. During their wives’ pregnancy and newborn phases, they are especially indispensable, taking care of the other kids and fetching junk food for pregnancy cravings while their exhausted wives rest.

Along with their expanded duties at home, Millennial dads also continue their roles as co-providers. In this regard, they may have more in common with working mothers than with previous generations of fathers. They also struggle with finding work-life balance and handling the double stress of meeting obligations at work and at home, which is why even Prince Harry has asked the Queen for longer paternity leave. They have a hard time developing hobbies, having active social lives, and maintaining healthy habits. After putting in a full day fulfilling obligations at work and home, they have little energy left after the kids go to bed.

All this doesn’t mean that the world should sympathize more with Millennial dads (though that wouldn’t hurt), but there should be a greater effort to recognize them, particularly in church communities where a father’s faith is the biggest determinant of whether his children stay Christian. As people lament the loss of masculinity in general, they can take heart that more than a few men have resisted the temptation to become man-children. And those who lament the continued oppression of women under men can take heart that these men have embraced their softer sides and adapted to the needs of educated working women.

Unfortunately, both liberals and conservatives still cling to the old masculine stereotypes, ignoring Millennial dads altogether. Liberal feminists continue to criticize the toxic masculinity that they see everywhere, coining fun terms like “mansplaining” (men explaining things to women, usually in a condescending manner) and “manspreading” (men spreading their legs in a domineering fashion.) Despite the many obvious gains of women, who now outnumber men in college, graduate school, and in the workforce, these feminists continually decry sexism and push for more women’s marches.

Meanwhile, conservatives who hope to defend masculinity (along with traditional femininity) often accept this caricature of liberal feminists and try to own it. They argue in favor of toxic masculinity and the patriarchy, claiming this is just the thing that an emasculated society needs. They frequently resort to ridicule and derision of the other side’s excesses – which, to be fair, is sometimes justified. They blame feminism for many, if not all, of the problems of weak men, objectified women, and society torn asunder along the seams of gender.

Although diametrically opposed, both sides make the same mistake of seeing the relationship between men and women as a zero-sum competition: either men or women win at the expense of the other. The presence of Millennial dads upsets this dynamic since they empower both their wives and themselves by helping out more at home. In doing so, they offer a way out of this battle of the sexes.

This could be seen in the reaction to the Gillette commercial a few months ago. The ad took aim at toxic masculinity and the recent #MeToo transgressions of prominent men. It showed boys bullying another boy, young men catcalling a girl, executives patting their female colleagues on the shoulder without consent, and scenes of older men looking on approvingly while “boys will be boys” is chanted over barbecue grills. Somewhere at the end of all that was a tie-in to Gillette razors.

The “woke” ad was clearly intended to appeal to women and progressive men, putting Gillette on the right side of history by calling out the present prevalence of sexism and misogyny. Conservatives and traditionalists were justifiably infuriated by this blatant virtue signaling and false narrative. In response, they brought up examples of strong, brave men who fight fires, crime, and wars. They argued (rightly) that men were more at risk of becoming antisocial weaklings afraid of women than domineering bullies.

As a Millennial dad, I was mostly amused by the Gillette ad. All of it was so silly and outdated. Sure, terrible sexist men exist (and they probably don’t use overpriced Gillette razors), but most men have better things to do than be violent and crude. If a man wants a job, a wife, kids, and a decent life, he steers clear of such idiotic behavior. This seems obvious, and like most men, I learned it at an early age from my father, not from a commercial.

If the goal of conservatives and liberals is to empower women and eliminate sexism and inequality, they would do well to understand the Millennial dad and stop grouping him with women-hating incels. Millennial dads are the anti-incels. They respect women and themselves by taking on responsibility, foregoing the usual displays of machismo, and always working. They live in the real world and take modern culture seriously. By contrast, incels hold everyone in low esteem, take little responsibility, complain about women and feminism, and live largely online.

It’s time for everyone to accept that what Millennial dads do and represent offer hope for a more equal society – as well as a more masculine one. While there are manly men who do the dirty dangerous work that is still necessary in today’s world, Millennial dads prove that masculine men can also do the relational work that is even more necessary. They show that manliness is more than brute strength and aggression; it is also emotional fortitude and responsiveness. A world with more Millennial dads is one we should all look forward to, not ignore or disparage.