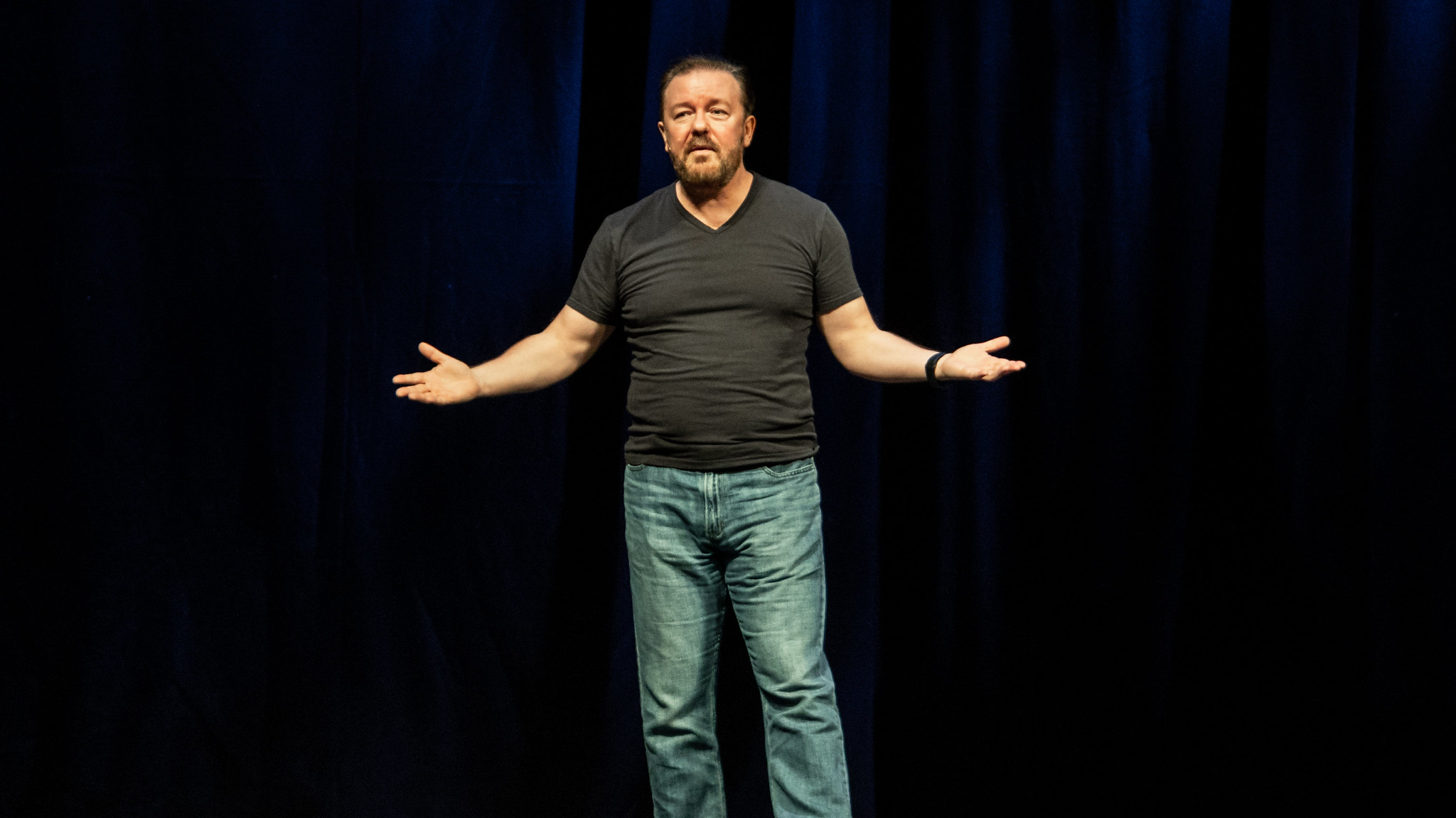 At the annual Golden Globes, an awards show for both movies and television, on Sunday night, host comedian Ricky Gervais was actually funny, lampooning Hollywood in general and its “woke” culture in particular.

“Let’s have a laugh at your expense,” Gervais said in opening his monologue at the Globes’ 77th awards ceremony, presented by the Hollywood Foreign Press Association. “Remember, we’re all going to die soon. And there’s no sequel.”

It was quite a performance, though it’s clear that while some celebrities laughed along with the jokes, many others were not amused, or had uncomfortable reactions.

During the course of his monologue, Gervais joked that this would undoubtedly be his last awards show, so he didn’t care if he offended people.

His speech ended up being a phenomenal takedown of an overly political and absurdly left-wing Hollywood that’s become obsessed with self-righteous crusades, such as the #MeToo movement, or with bemoaning the supposed lack of racial and gender diversity in movies.

Gervais said that he couldn’t begin the show with a rundown of the celebrity deaths in 2019 because “when I saw the list of people who died, it wasn’t diverse enough.”

He then mocked the entertainment industry for being shamelessly transactional – despite its moralistic pretenses.

Apple roared into the TV game with “The Morning Show,” a superb drama about the importance of dignity and doing the right thing—made by a company that runs sweatshops in China.

So, you say you’re “woke,” but the companies you work for, Apple, Amazon, Disney … If ISIS had a streaming service, you would be calling your agents.

Gervais also poked fun at the smug – yet clueless – way Hollywood talks down to everyone else.

“You’re in no position to lecture the public about anything,” he said. “You know nothing about the real world. Most of you spent less time in school than Greta Thunberg.”

Gervais concluded his monologue by making an appeal for award recipients to drop the political lectures.

“Don’t use it as a platform to make a political speech. You are in no position to lecture the public about anything. You know nothing about the real world,” he said.

What was particularly great about the Gervais monologue is that Hollywood was exposed on its own turf.

Of course, not everyone was pleased. Some in the media – the less-glamorous handmaiden of the Hollywood set – groused that it was inappropriate to mock celebrities, who are clearly having such a tough time right now.

“At the Beverly Hilton, where the three-hour-plus ceremony took place, the mood was already somber, thanks to an impeachment, the threat of war with Iran, and devastating bush fires in Australia,” wrote Lorraine Ali, the Los Angeles Times’ television critic. “The last thing anyone needed was for the smirking master of ceremonies to reprimand them for having hope, or taunt the room for trying to use their influence to change things for the better.”

Maybe the speech wasn’t for them. Maybe it was simply a comedic reminder to the entertainment industry that their talents are best put to use by sticking to entertaining, and that the country really is sick of their tedious and often mockable political sermons.

At the very least, it exposed a vapid Hollywood for what it is, while deflating the superficial virtue-signaling of hypocrites who use their platforms to lecture America and the world about their sins.

Perhaps, through mockery, this really is the beginning of the end of Hollywood’s “Great Awokening.”