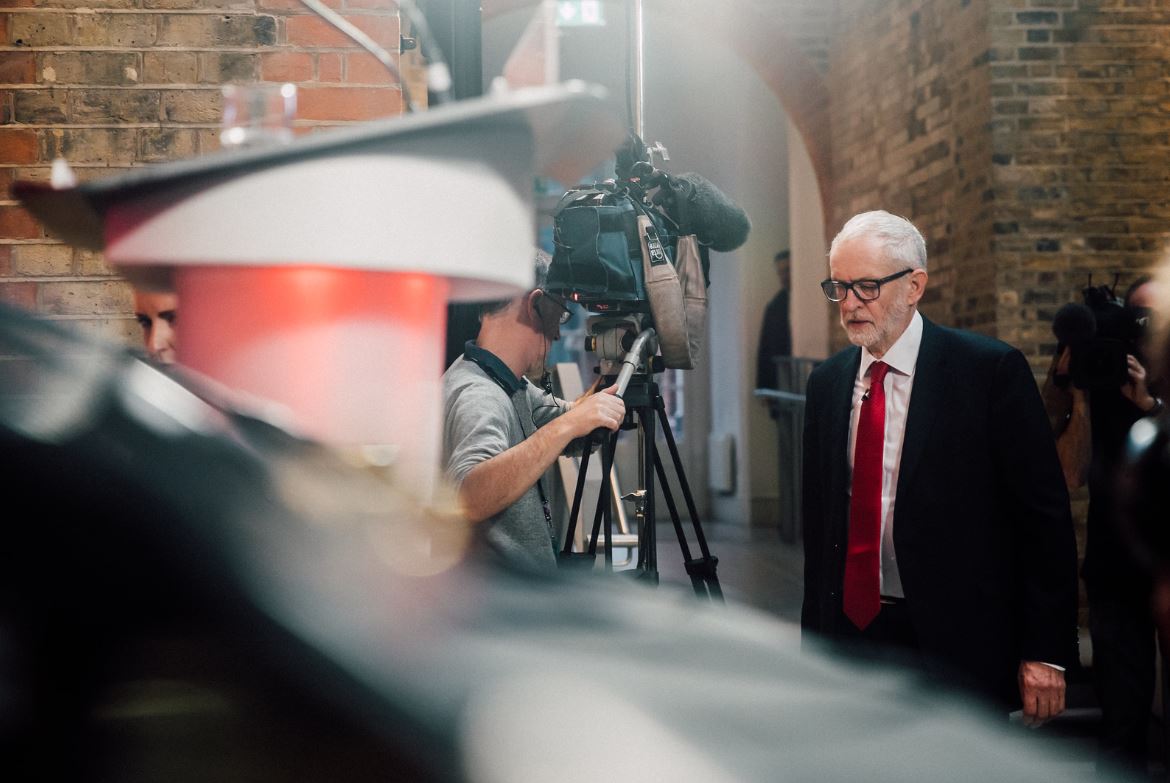 Around the world, freedom-loving individuals are taking an out-breath. Jeremy Corbyn, the Marxist friend of Hamas and Hezbollah, has been utterly rejected as the Labour candidate for Prime Minister of the United Kingdom.

Democratic Socialist Congresswoman Alexandria Ocasio-Cortez is a strong supporter of Corbyn. The Babylon Bee satirically put these words in her mouth: “It’s clear that Labour lost because they weren’t radical enough. We’re not going to repeat their mistake. We need to appeal to the common American by pushing policies that would be at home in Soviet Russia.”

As usual, the Bee’s satire cuts close to the truth.

Actor Hugh Grant was distraught over Johnson’s victory, calling it “dark and scary,” while actress Lily Allen blamed “racism” of the voters for Corbyn’s crushing defeat.

Some in the English press were sure that the left’s “electoral cause was so self-evidently correct” that only voters’ “idiocy” and “ignorance” caused Corbyn’s defeat.

It didn’t occur to Corbyn supporters that their compatriots valued the freedoms that their ancestors had fought to realize over the past millennium.

Daniel Hannan is an English journalist, historian, and member of the European parliament. In the Wall Street Journal, Hannan wrote: “You don’t have to go back very far to find a time when freedom under the law was more or less confined to the Anglosphere: the community of English-speaking democracies.”

Hannan explains in his book Inventing Freedom: How the English-Speaking Peoples Made the Modern World that common law principles we take for granted, such as “trial by jury, presumption of innocence and ‘a man’s home is his castle’” have been far from the norm in the world.

All over Europe, representative assemblies…were being sidelined or scrapped altogether. Centralization was seen as a modern force, a tidying away of the various local particularisms that held countries back.

Yet, by 1763 in England, William Pitt, between his two terms as prime minister, famously observed:

The poorest man may in his cottage bid defiance to all the forces of the Crown. It may be frail—its roof may shake—the wind may blow through it—the storm may enter—the rain may enter——but the King of England cannot enter!

The American Revolution was built on ideas that English and Scottish philosophers such as John Locke gave to the world. American Founding Father John Adams said of English common law:

The liberty, the unalienable, indefeasible rights of men, the honor and dignity of human nature, the grandeur and glory of the public, and the universal happiness of individuals, were never so skillfully and successfully consulted as in that most excellent monument of human art, the common law of England.

Today, Anglo-Saxon values, Hannan writes, “are so widespread that we can easily think of them as an inevitable outcome of human development.” Hannan would encourage those who take these values for granted to make a “major effort of will” and “imagine quite how revolutionary they must have seemed when first proposed.”

Perhaps some Corbyn supporters believe they will keep their hard-won freedoms under Corbyn. They forget that Corbyn championed the Venezuelan despots, Maduro and Chavez. They ignore that Labour under Corbyn has “pro-totalitarianism advisers who see the end of the Soviet Union as the greatest tragedy of the 20th century.”

The rule of law – “the idea that the law is not an instrument of state control, but a mechanism open to any individual seeking redress” – is all too easily lost to the political expediency favored by many Corbyn supporters.

Corbyn supporters don’t care much for Anglo-Saxon values. They fail to understand what their quality of life depends upon. Hannan explains how Anglo-Saxon “values made possible the transformation of our planet over the past three centuries, allowing extraordinary numbers of people to enjoy an unprecedented standard of living.” He writes,

Elected parliaments, habeas corpus, free contract, equality before the law, open markets, an unrestricted press, the right to proselytize for any religion, jury trials: these things are not somehow the natural condition of an advanced society. They are specific products of a political ideology developed in the language in which you are reading these words. The fact that those ideas, and that language, have become so widespread can make us lose sight of how exceptional they were in origin.

“Anyone,” Hannan instructs, “can benefit from constitutional liberty simply by adopting the right institutions and the cultural assumptions that go with them.” Hannan quotes the Indian writer Madhav Das Nalapat, holder of the UNESCO Peace Chair at Manipal University, as observing that “the Anglosphere is defined not by racial affinity but ‘by the blood of the mind.’”

Supporting Corbyn, millions of United Kingdom citizens sought to separate themselves from those bloodlines “of the mind.” For now, they have suffered a significant defeat. I say “for now” because the Corbynista mindset is only a severe economic downturn away from making a comeback.

What is not understood and taken for granted is easily lost.