Why Americans Fear Trial by Jury 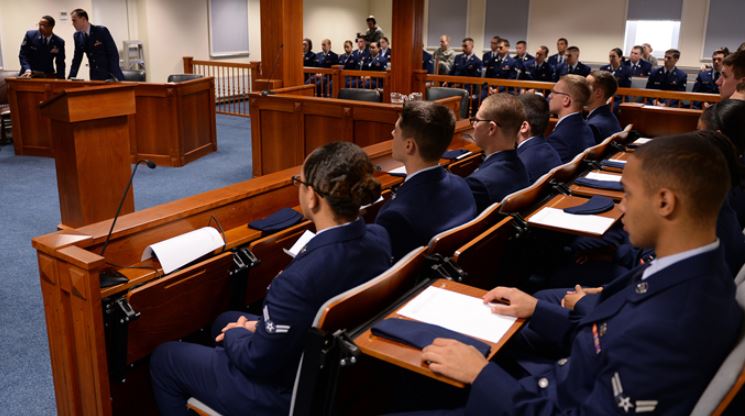 Everyone on both left and right these days is demanding rights – but not the earliest and most important one, the historic right to trial by a jury of one’s peers.

Today, over 90 percent of American defendants waive that right in favor of a prosecutor’s proposed plea bargain, because, as Harvard Law professor Alan Dershowitz notes in his new book Guilt by Association, they are warned that the penalty at the trial stage will be excessively higher.

Dershowitz offers frightening examples. Two men picked up their uncle after committing a robbery, making him a passenger in a police car chase where a trooper was shot and killed. The actual murdering robbers copped a plea and went to prison but the unarmed passenger uncle went to trial and was sentenced to death.

In the recent celebrity Hollywood college admissions scandal, actress Felicity Huffman immediately accepted a plea and received a 14-day sentence, while Lori Loughlin was told by prosecutors she could go to jail for up to 45 years if she continued to exercise her right to a jury trial. Celebrities are especially vulnerable. Stanford University law professor Robert Weisberg said he could not remember a celebrity fraud case “that went to trial that led to an acquittal.”

Now you know why no one exercises their right to trial by jury.

How did this happen? The Bill of Rights has both a Sixth Amendment for criminal cases brought by the government and a Seventh Amendment for what it calls common law cases of controversy between private parties, both guaranteeing trials by jury. Today, by and large, common law cases still use juries if only to force both sides to settle, while criminal cases rarely utilize them.

Why? The critical difference is that there is no equality between the parties in criminal law. In common law, while one party, such as a big corporation, can have more resources than another, the weaker party invokes more sympathy, creating a rough balance. In criminal law, the government has basically unlimited resources and the aura of representing the people of the entire United States of America. Why would the American public charge someone unless he was guilty?

Take the college admissions scandal. Certainly cheating to get one’s child into a prestigious university is pretty low. A lawsuit from someone whose child had been denied admission because of it, or by a university or other aggrieved party, would be appropriate. But it was the government that filed a criminal case even though it had no statute about college admissions. The federal charge was not aimed at the acts themselves but merely at a conspiracy to commit a crime – what the great American jurist Learned Hand warned against, calling such charges the “darling of the modern prosecutor’s nursery.” Conspiracy is loved by prosecutors because the defendant does not have to commit a crime, just generally plan something with someone else. In this case, it was about hiring an educational services agent whom the government charged with “honest services” fraud.

The celebrities themselves did not commit such fraud but “conspired” with the agent “facilitator” to do so. Depriving another of his right to honest services is itself a problematic concept, since, as defense attorney Jeremy Hogan has asked, what if you tip a waiter for a corner table? You would apparently be guilty of depriving other customers of the honest services of that restaurant. Supreme Court Justice Antonin Scalia was blunter, asking how is it fair “to prosecute someone for a crime that has not been defined until the judicial decision that sends him to jail.”

Even a celebrity-obsessed media and publicity-loving judges might find this all a bit vague. So prosecutors added “conspiracy to mail and wire fraud” to the list of charges, since defendants had used the Postal Service and email links to communicate, and “money laundering,” because the agent had used a charitable fund and money from abroad.

So a parent or his agent using the mail or internet or foreign currency turns an act of a claimed fraud into a federal offense justifying 40 years in prison. Only a fool would want a jury trial, and no parent so far has had one. What jury could understand the legal niceties of services fraud? What jury might not be tempted to take the rich and famous down a peg or two?

The media release ended by listing those who deserved the credit for cornering the dangerous criminals:

No doubt they will all have fine futures in law, government, and politics.

What happened to the common law judgment by one’s peers that made American rule of law the envy of the world? The change came as part of the progressive revolution of the late 19th century in the form of legal positivism, whose ideal was to replace customary, common law and decentralized adjudication of controversies by juries with statutory and administrative law promulgated and interpreted by government legal and administrative experts, all utilizing purely rationalistic principles, plans, and ideals.

Yet the whole centralized legal apparatus is crashing down. Eighty percent of people have little or no trust in the government in Washington, while only 24 percent have a great deal or quite a lot of faith in the criminal justice system. Even the experts are concerned as to whether the whole administrative system has become dysfunctional.

The jury system is beautiful in its simplicity – a panel from your own locale listens and weighs the evidence to decide who wins. Government officials manipulating criminal law to strong-arm people into pleading guilty for fear of losing, even if they are not guilty, destroys this sense of justice. Rather than turning every misdeed into a crime, returning to a greater reliance on common law conflict resolution might even make it possible to go back to trusting juries.