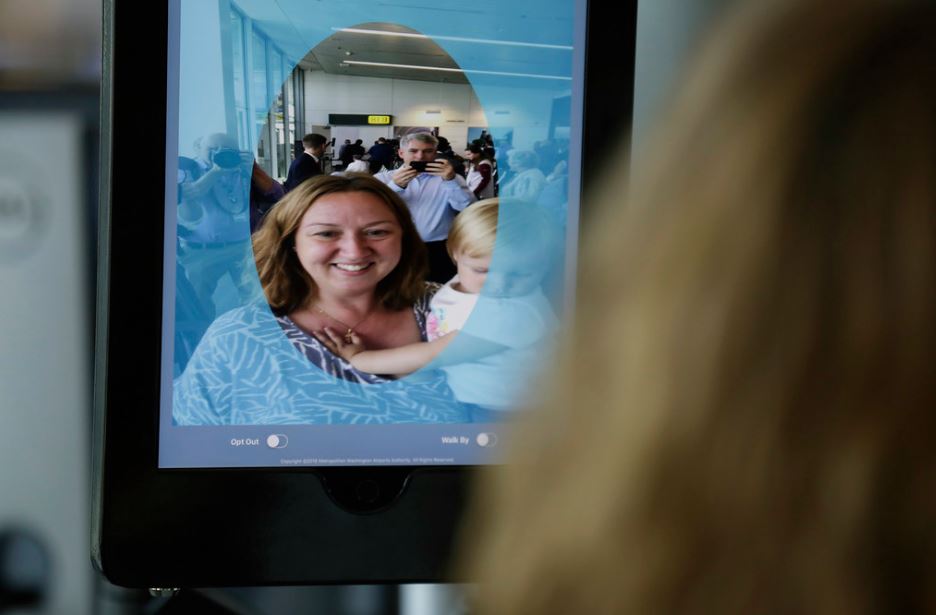 Planning on boarding a flight to Prague, Beijing, or Toronto? Even if you’re a U.S. citizen, the government may soon be using your trip as an excuse to step on your civil rights.

A new rule proposed by the Department of Homeland Security (DHS) would amend the agency’s current biometric practices – which are limited to non-citizens – to “provide that all travelers, including U.S. citizens, may be required to be photographed upon entry and/or departure.” The goal, as is always the case with intrusive new surveillance concepts, is to “identify criminals and known or suspected terrorists,” and prevent them from entering the country.

Although the Trump administration is invoking national security to justify the proposed rule, it is nothing more than a creepy, Orwellian erosion of civil liberties. Worse yet, these unproven facial recognition technologies are doomed to be ineffective at actually catching terrorists. Instead they’re likely to lead to the wrongful detentions of innocent Americans – particularly Americans of color.

As it stands now, facial recognition technology is woefully ineffective at detecting the identities of people of color. A study conducted by MIT Media Lab researcher Joy Buolamwini found that such tools misidentified the gender of “darker-skinned males” 12 percent of the time and got the gender of “darker-skinned females” wrong 35 percent of the time. Yet those numbers are less than one percent for “lighter-skinned males” and seven percent for “lighter-skinned females.”

Technology so prone to error obviously shouldn’t be tasked with identifying suspected terrorists. Far too easily, it could match innocent Americans with terrorism suspects, leading to the detentions of those who have done nothing wrong. Last year, for instance, the American Civil Liberties Union (ACLU) ran a test on Amazon’s facial recognition tool and found it to be pretty screwy: it matched 28 members of Congress with the mugshots of arrested criminals.

That isn’t the only problem. Based on precedent, it isn’t tough to imagine that DHS would target American citizens of Middle Eastern or South American descent. After all, this is the same Trump administration that called for the surveillance of mosques, banned travelers from majority-Muslim countries, deployed military-style cell phone tracking to enforce immigration laws, and significantly ramped up the practice of searching cell phones at border crossings.

The idea that innocent Americans could be detained at a point of entry because of facial surveillance isn’t far-fetched. DHS already has a startling amount of discretion in the “Constitution-Free Zone” within 100 miles of a border or port of entry. For example, after attending a wedding abroad back in 2016, American citizen and Wall Street Journal reporter Maria Abi-Habib was detained for hours and asked to hand over her phones to DHS because she had visited “dangerous places.”

There’s also the question of how DHS would store the photos. In the past, various federal agencies have come under scrutiny for their inability to properly protect the surveillance data they collect. In 2016, the Government Accountability Office (GAO) found that the Department of Justice (DOJ) and Federal Bureau of Investigation (FBI) lacked proper guardrails on the collection and storage of just this kind of data. And three years later, neither agency had done much of anything to fix these issues.

Ultimately, the feds have given us no reason to believe they’re going to safely store the data they have on us. Neither can we believe that the data of those not suspected of crimes or terrorist activity would ever be purged.

DHS claims its latest surveillance regime will help prevent individuals from using fraudulent identification when traveling. But it’s already nearly impossible to board a plane with a fake ID, since the Transportation Security Administration (TSA) has rigorous identification processes in place. And beginning in October of next year, all travelers will be required to have IDs that are compliant with the REAL ID Act of 2005.

The specter of the government photographing innocent Americans every time they travel abroad isn’t just hair-raising; it’s bad policy. DHS’s misguided rule spells trouble for Americans – especially minorities – all while doing nothing to actually stop the horrific crimes it claims it will.

This article has been republished with permission from American Conservative.