The Historic Impeachment Vote: The End of the Democratic Charade? 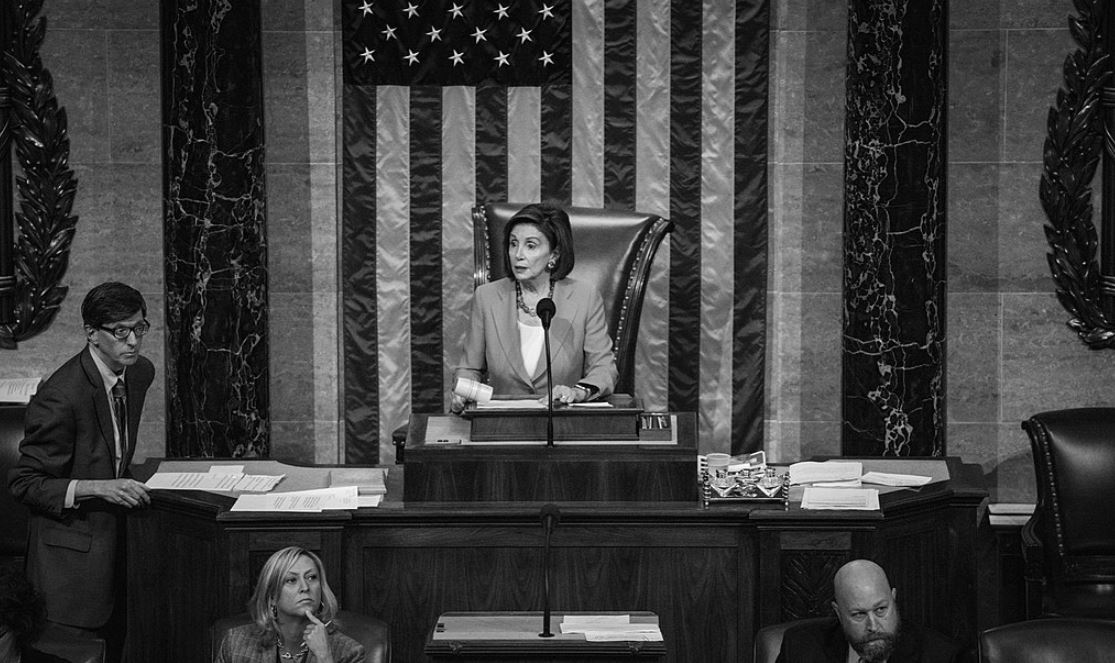 Today, December 19, 2019, the Democratic majority in the House of Representatives will vote to approve Articles of Impeachment against President Donald Trump and agree to send them to the U.S. Senate. It will be only the third formal impeachment of a president in American history – the other two being that of President Andrew Johnson in the post-war 1860s and of President Bill Clinton in the late 1990s.

As everyone knows by now, the Senate will, after the formality of most likely a brief trial, vote down the two articles, and that will be that.

Given that almost certain outcome, why, then, have the frenzied denizens of the left proceeded in this manner, knowing the outcome?

The answers – there are several – have already been widely given, and the major ones are:

Of course, the overarching rubric for all of this is an unrestrained and all-consuming hatred for Donald Trump (and his voters), and the concomitant desire, at all cost and by whatever means, to expel him from 1600 Pennsylvania Avenue. No measure, no tactic, no weapon is out of bounds, and that includes what in effect is the virtual destruction of what is left of the American Constitution itself.

President Trump, for all his foibles and U-turns, despite some misfires in foreign policy, and despite his major mistake of placing in positions of power around him those – including Republican hacks and those whose loyalty is dubious at best – who wish him to fail and wish him harm…despite that, he has done an immense service to the creaky old American republic. He has pulled the mask off of the “Deep State” administrative and managerial bureaucratic Establishment. The Deep State has basically governed this country as its own private fiefdom for decades, with utter disdain and condescension for the rest of us…for us “deplorables” and “irredeemables,” to use Hillary Clinton’s oft-quoted language.

In certain ways, President Trump is not the real target here. His role has been far more symbolic and emblematic of something going on, something far more fearful to the elites so accustomed to running this country. It is something that he may be only vaguely aware of; and it is happening not just in the weary old United States, but also in Europe, in Brazil, and elsewhere. It is the rise of a popular reaction – a populist conservatism which rejects both the dominant establishment left and the “don’t-rock-the-boat” establishment conservative movement (and Republican Party). It is, to paraphrase Gilbert & Sullivan, the rejection of the “tweedle-dee and tweedle-dum” of our politics. It is also the realization, perhaps only vaguely, that the historic liberties and traditions, the historic moral codes of behavior, and the traditional beliefs upon which our civilization is based have been progressively perverted and decimated by a century of constant and ongoing revolution from the top, extended into every aspect of our lives.

Too many of our fellow citizens believe that all we have to do is tune into Fox News or vote for the GOP candidate to staunch and halt the Revolution. That is not sufficient. In fact, in some cases such devotion only abets and enables the forces of Revolution, as too many newscasters and pundits at Fox and too many Republican politicians are too deeply invested in the Neoconservative wing of the Deep State. Of course, there are exceptions, with Tucker Carlson, in some cases, as it were, getting “outside the box” and speaking truth to power. But even he must mind his “p’s and q’s.”

Thus, “the man with the orange hair” has to be stopped. Not so much because of who he is, but because of the extreme danger he symbolizes and means for the future of what can only be called the increasingly totalitarian globalist template. And that template is a dystopian nightmare far more demonic than anything George Orwell (Nineteen Eighty-Four) or Arthur Koestler (Darkness At Noon) ever contemplated in their literary works. Or, by Russian film director Nikita Mikhalkov in his chilling cinematic masterpiece about the insanity of Stalinism, Burnt by the Sun (1994).

At base, then, this is what this charade called an impeachment is all about. It is an effort not just against Donald Trump, but against any and everyone who voted for him. Against all of those who dissent from the ongoing policies of and control by the Deep State. Against all those who have realized or begun to realize that what we stare in the face is not Jerry Nadler or Adam Schiff, but a “rough beast” (to use William Butler Yeats’ term) of satanic proportions. This beast is intent on our extinction and the enthronement of a new false god of Baal, what the late Dr. Sam Francis called the Leviathan – a totalitarian world government, more fierce than anything envisaged by Stalin or Mao. Without liberties, without tradition, without morality…and without God.

This article has been republished with permission from My Corner.