Marilyn Monroe and the Mother Goddess 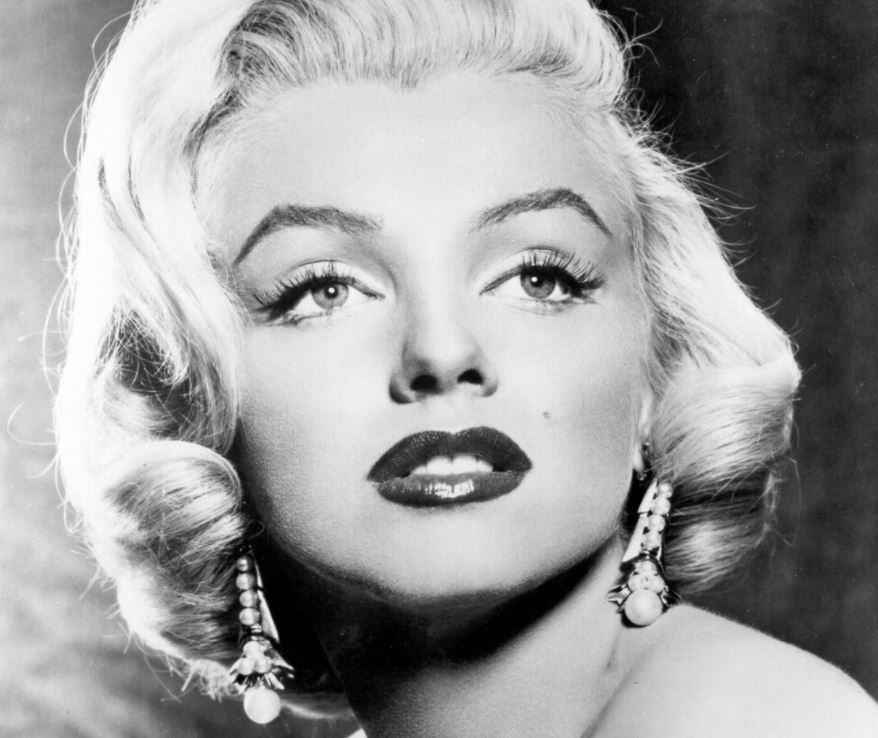 At present I’m researching a project about Marilyn Monroe, and to get it right, I’m not only reading the biographies but watching the films in which she appeared.

Try as she might, the poor woman had a very limited range as an actress and was never cast in a role other than that of the sexy ingénue. She is often called “an icon” or “an idol” and she was both. “Icon” means image and an idol is an image or symbol of something greater. If Marilyn Monroe was an icon and an idol what, exactly, was it that she represented?

She was the American version of the great mother goddess. Our Diana, Astarte, Ishtar, Isis, or go to Wikipedia if you are interested in her multitude of other names. The mother goddess, like Marilyn, was a voluptuous vixen, a symbol of fertility and the source of life. For the pagan the Mother Goddess stood for sex, but also for life, fertility, prosperity, and all things abundant.

However, being American and living on the precipice of the sexual revolution, Marilyn was the icon and image of only one half of that mystery. She may have been a goddess, but not the Mother Goddess. She represented sex, but it was only sex. Marilyn represented the post war pursuit of pleasure without procreation. Mating without Marriage. Relationship without responsibility and coitus without conception.

As such, while Marilyn Monroe was the ultimate sex symbol, she was not the ultimate mother symbol. The contradiction she embodied was illustrated by one of the films in which she wanted most to shine.

The 1956 film Bus Stop features Monroe as Cherie – a singer in the Blue Dragon Cafe. A rambunctious young cowboy named Beau travels from Idaho to Phoenix to compete in a rodeo. He sees Cherie’s stage act and falls for her – declaring that she is “his angel” and he’s going to marry her. He reckons he will lasso her and wrestle her like a calf and haul her back to the ranch. She resists his proposals so he does lasso her and put her on the bus back to Idaho to live on the ranch. Eventually Beau apologizes for his bullying behavior and Cherie succumbs to his charm, and they ride off into the sunset together.

Beau is a young virgin who’s never been off the ranch, and his idea of a girl to marry is that of the traditional male. He wants “an angel” who will come home to live on the ranch in Idaho and be a good wife and mother. Cherie wants none of it. She plans to move on from Phoenix to Hollywood where she will become a movie star. Furthermore, she makes it clear that she is anything but an angel. She’s “been kissing boys since she was twelve.”

The critics suggest that Monroe’s performance as Cherie was evidence that she was more than just a sex symbol. I disagree. Her acting is inconsistent and shallow. She may have learned an Ozarks accent for the part, but Cherie is the same dumb blonde Monroe always played.

The fact that the film is just another vehicle for Monroe the sex symbol is illustrated by a scene where she is lolling about naked in bed covered by a shabby sheet. The scene is totally gratuitous. Everything about the role suggests that Cherie is good for sex and nothing else. The “happy ending” where she gets on the bus to ride off to the ranch in Idaho is unbelievable, and clearly contrived for the moral standards of the time.

By 1956 the hypocrisy of those standards for Hollywood and mainstream America was obvious. Just three years earlier Hugh Hefner had launched Playboy magazine famously featuring Marilyn Monroe’s nude calendar shoot. The magazine sold 50,000 copies, and Marilyn was the instant icon of the Playboy philosophy. She (and all the other bunnies) were good for sex and nothing else.

The link between Hefner and Monroe was consolidated by his burial next to her in a $75,000 crypt in 2017. “Spending eternity next to Marilyn is an opportunity too sweet to pass up,” Hefner had told the Los Angeles Times in 2009.[*] Whether they are, in fact, together for eternity is not for us to judge.

Hefner and Monroe were not the only agents in the death of the Mother. In 1950 Margaret Sanger raised $150,000 to fund research that developed the birth control pill, and in 1960 the first oral contraceptive was approved by the Food and Drug Administration. Now the technology was in place for all women to become Cherie and Marilyn. They could all become playmates rather than wives and mothers.

Monroe therefore stands not only as a sex symbol, but tragically also as a symbol of the death of motherhood. With the Playboy mentality and artificial contraceptives women became “playmates” more than ever before. This, no doubt, contributed to the rise of feminism in which women protested at being viewed only as sex objects.

What is interesting about the film Bus Stop and the other films in which Marilyn appears is that the woman (while viewed as a desirable sex object) is also viewed as elusive. Everyone still understands that sex means marriage and babies. In the interaction between men and women the sexual act is still distant. The women flirt and the men woo. Beau might view Cherie as an alluring “angel” but he doesn’t want a whore. He really wants a wife and mother of his children.

In the wake of the oral contraceptive, the Playboy culture, and the sexual revolution, such ideals begin to disappear from popular culture, and ironically, as the ideal of woman as wife and mother disappears, so does the sex symbol. Through the 1960s and 70s there were a few other voluptuous women to take the part, but the sex symbol eventually disappeared, supplanted by female heroines who were independent investigators, tough cookies, smart career women, and hard-bitten warriors.

Marilyn Monroe can hardly be blamed for the murder of the mother. She was illegitimate, and her own mother was a hopeless, mentally ill addict. The adoptive and surrogate mothers in her life ranged from the puritanical to the incompetent and abusive. From an early age she was sexually abused, and in her early twenties she had a spell as a streetwalker in Hollywood. Any chance she might have had at being a wife and mother herself was gobbled up by her career ambitions, unhappy marriages, and miscarriages.

She stands therefore as a tragic figure not only because of her own sad life, but she is also a symbol of a culture in which countless lives are wasted pursuing the pointless life of sex as recreation not procreation. Her vapid smile, platinum hair, and bouncy body are a pathetic prophecy of a sick kind of American dream: the glamorous façade disguising the empty heart, the lust to embrace Venus while rejecting life, and the empty addictions that lead to death.

This article is republished with permission from The Imaginative Conservative.