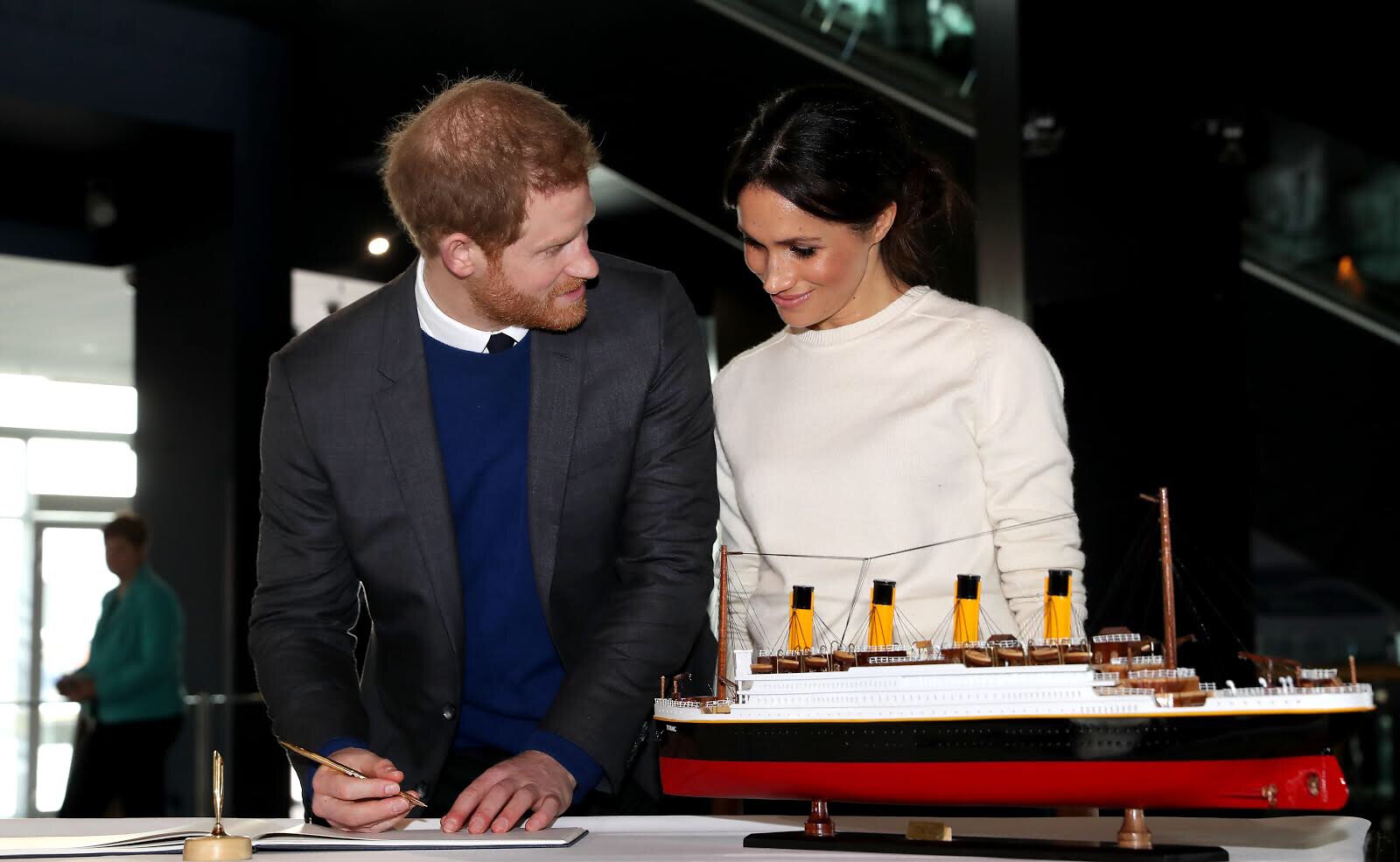 The Republic is in crisis. America’s intellectual class is working to discredit our past. The media is waging war against the middle-class values of hard work, religion, and family. In order not to be outdone, Hollywood’s message is more violence, vulgarity, and unbridled hedonism. So, as the ship is starting to list, why would I write about a divorced woman of mixed race, a small-time Hollywood actress now known as the Duchess of Sussex, Meghan Markle?

Light relief, that’s why. Let’s take it from the top: I became a good friend of Princess Diana long ago, when Di made a conscious effort to recruit journalists to her side in the war between the Wales. As a columnist for London’s The Sunday Times, I had accused her of trying to bring down the monarchy. When we were both in attendance at a private ball, she sent a friend over to ask me to her table. I was tipsy, and when I went to sit down next to her, I missed my seat and ended up under the table. She peered under it and asked me, “Do you really think I’m crazy?”

“All I know is that I’m crazy about you,” said a very drunk yours truly. It was the start of a beautiful friendship, as they say – Diana coming to my house for dinners, and poor little ole me going to Kensington Palace for lunches. Well, you know the rest – it all ended in tears.

The British monarchy has survived close to a thousand years because it has managed to keep the mystery of royalty intact. Walter Bagehot described it best when he said that if monarchy let the sunshine in it would ruin itself. Many kings have had polyamorous marriages, of which the newspapers kept a discreet silence. Edward VII had the most beautiful mistresses; the present heir to the throne, Charles, had the most homely.

The only trouble with Diana was that no one bothered to tell her certain facts of life about being Princess of Wales. She became hysterical when Charles took up again with Camilla. She got even more hysterical when she took up with certain men and Charles didn’t bat an eyelid. The whole point of going out with the awful liar and phony Dodi Fayed was to make Charles angry.

The monarchy survived Diana’s death and the popular anger directed at Charles for mistreating her. People have short memories.

Now comes Meghan, and there are those who are betting she will do more harm to the monarchy than anything Diana, or any republican firebrand, ever managed. Meghan has dragged a garbage truck of American wokeness across the Atlantic, with which she has managed to infect her rather dim young husband. Prince Harry doesn’t seem to realize his newfound woke affectations contradict his special status as a tax-funded royal, one with no responsibilities except for occasionally posing on a balcony with the family.

When Vogue magazine asked Meghan to guest-edit an issue, the sly Hollywood minx chose to feature exclusively ethnic celebrities known only for being well-known. Her leftist political grandstanding while living free off of the taxpayer has raised eyebrows in the tight little island that’s Britain, but not enough yet for the Queen to call in her grandson and tell him to tell Meghan to lay off. With the exception of a few tabloids, most people are scared to death of being critical of Meghan for fear of being accused of racism. Hence she’s allowed to fly private in order to attend celebrity parties while lecturing us on the evils of poverty and climate change.

The latest Meghan headlines have had to do with hubby Harry’s legal action against British tabloids. Traditionally, royals do not sue. Then again, royals do not traditionally marry Hollywood types like Meghan. The identity politics of Hollywood and of U.S. campuses have no place in the House of Windsor, but now working-class stiffs are being lectured on matters concerning poverty, racism, and climate change by a woman whose $30 million house they paid for.

Mind you, I am used to repulsive political grandstanding by leftist American Silicon Valley billionaire entrepreneurs, but at least my taxes do not pay for their lodgings or their private security. In Meghan’s case, they do. The royal family in Britain has always been above politics, and historically they do not end their tweets with #MeToo. In fact, they do not tweet.

Meghan does, and this will become a problem unless Queenie steps in. As I said before, Harry is not very bright and does not realize where his Hollywood babe is taking him. Suing the press is a no-no, for starters. Harry claims that the Fourth Estate drove his mother to her death, and he does not want the same thing happening to his wife. Nevermind that it was really a drunken driver following Dodi Fayed’s orders. If he’s so bothered, he can give up the freebie house and privileges, move to Hollywood, and start paying taxes.

Here’s a prediction that I will back to my last devalued dollar: That ain’t never gonna happen.

This article has been republished with permission from Chronicles Magazine.