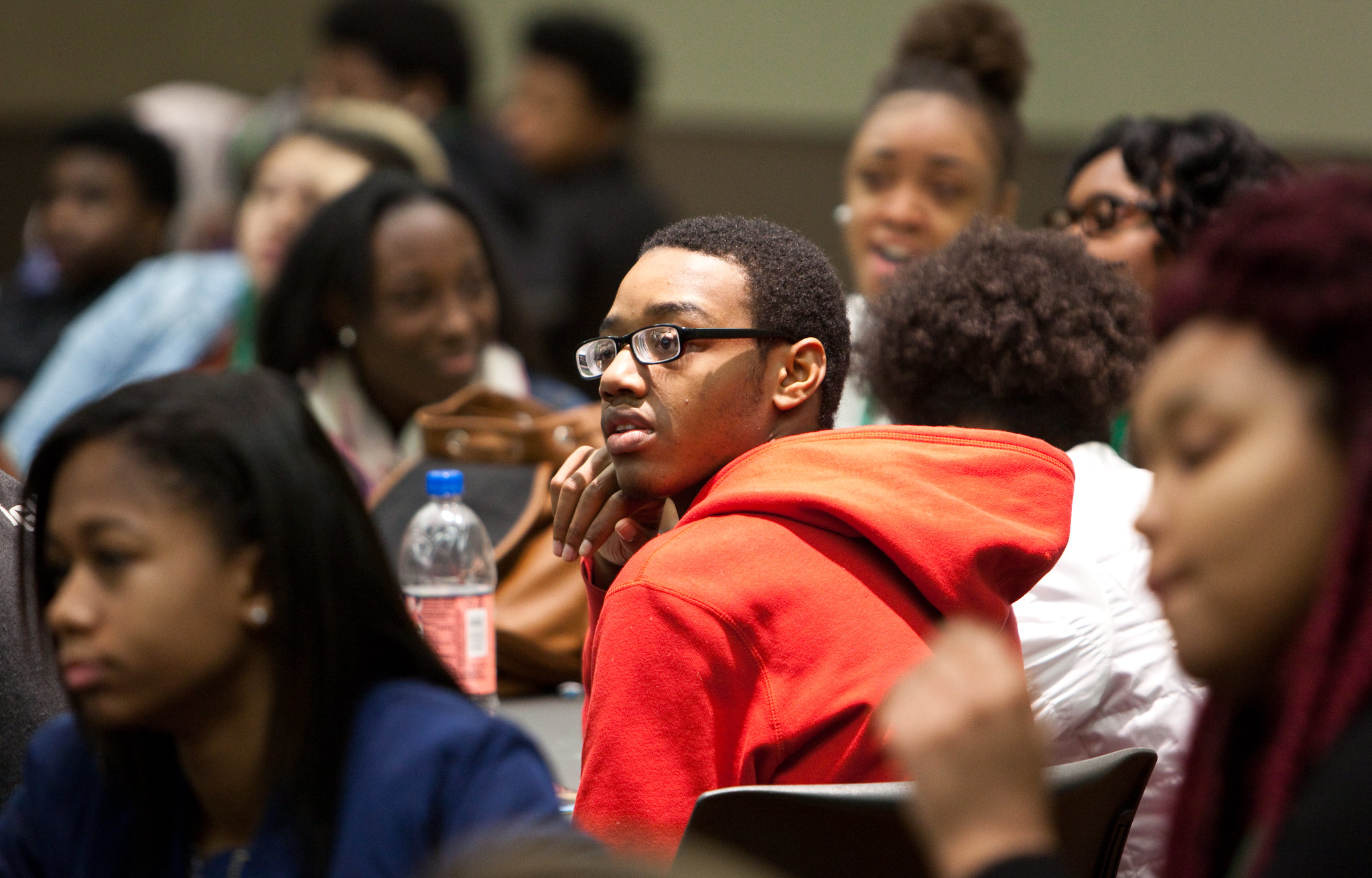 Leading presidential candidates and major media outlets are claiming that school districts with high concentrations of minorities and poor children generally receive less funding per student than other districts. That hasn’t been true for at least half a century, but people are spreading this myth through deceptive studies that exclude federal funds.

In reality, a broad range of credible studies that include all funding sources show that such school districts are as well-financed as others.

According to Democrat presidential hopeful and U.S. Senator Elizabeth Warren, “our current approach to school funding at the federal, state, and local level underfunds our schools and results in many students from low-income backgrounds receiving less funding than other students on a per-student basis.”

Along the same lines:

With the exception of Sanders – who provides no evidence to support his claim – all of the others misrepresent their sources by failing to reveal that they ignore federal funds. Moreover, their sources obscure this fact in the following ways:

In short, these politicians and journalists never hint that their statistics exclude federal funds, and the sources they appeal to bury this crucial caveat. This ensures that only diligent readers with time to investigate will learn the truth.

Moreover, those who propagate this falsehood often call for more federal funds to fix this contrived disparity. But since they ignore federal funding, their proposals to increase it will not change the statistics they present.

Warren’s K–12 education plan, for instance, makes the false claim quoted above and then calls for “quadrupling Title I funding—an additional $450 billion over the next 10 years—to help ensure that all children get a high-quality public education.” Title I is the largest source of federal K–12 education funding, but because Warren doesn’t count this money in her statistics, her plan won’t affect her own measure of school funding.

Wide-ranging studies that include all education funding – like those conducted by the U.S. Department of Education (1996), Ph.D. economist Derek Neal (2006), the left-leaning Urban Institute (2008), and the conservative Heritage Foundation (2011) – have all found that school districts with higher portions of minority students spend about the same amount per student as districts with smaller portions of minorities.

The Urban Institute study, which looks the furthest back in time, found that “differences in spending per pupil in districts serving nonwhite and white students are very small” since at least 1972.

Likewise, a study published by the journal Education Next in 2017 found that “per-student K–12 education funding from all sources (local, state, and federal) is similar, on average, at the districts attended by poor students ($12,961) and non-poor students ($12,640), a difference of 2.5 percent in favor of poor students.” The study also found that “this difference has not changed much since 1994–95,” the earliest data in the study.

Within school districts, research published by the Brookings Institution in 2017 found that “on average, poor and minority students receive between 1-2 percent more resources than non-poor or white students in their districts, equivalent to about $65 per pupil.”

Warren alleges that “school systems rely heavily on local property taxes, shortchanging students in low-income areas.” This was previously the case, but it hasn’t been so for decades. As explained by the Urban Institute:

In the past, because public schools were funded largely by local property taxes, property-rich and -poor school districts differed greatly in expenditures per pupil. Since the early 1970s, however, state legislatures have, on their own initiative or at the behest of state courts, implemented school finance equalization programs to reduce the disparity in within-state education spending.

Consequently, data from the U.S. Department of Education show that local revenues have declined from 83 percent of all school funding in 1920 to 45 percent in 2016:

Furthermore, the chart above only shows national averages. These don’t reveal the fact that school districts in low-income areas typically receive greater portions of their budgets from state and federal funds. For example, the U.S. Government Accountability Office reported in 2011 that some school districts receive no federal Title I education funding, while others receive as much as 36 percent of their budget from it.

Along with increasing shares of school funding paid by state and federal taxpayers, the inflation-adjusted average spending per student grew by 22 times in the same era:

Some people openly argue that federal funding should be ignored when comparing schools, because this money is meant to help disadvantaged students. However, federal law is at odds with such logic.

The Education Trust, for example, writes that it excludes such funds from its analysis because “federal dollars are intended—and targeted—to provide supplemental services to such specific groups of students as those in poverty, English learners, and students with disabilities.”

In accord with that view, the Obama administration published an issue paper stating that federal education funding “is intended to provide the extra help low-income students need to succeed, but it cannot do that if state and local funds are not evenly distributed to start with.” The administration also drafted regulations to impose this requirement on school districts.

In contrast, the applicable federal law explicitly states that “nothing in this subchapter shall be construed to mandate equalized spending per pupil for a state, local educational agency, or school.” Thus, the Congressional Research Service determined that the Obama administration’s proposed regulations “appear to directly conflict” with the law.

The law also requires that local school districts provide services that “are at least comparable” to all schools within their district before they receive federal funds. New York City, for example, cannot provide unequal services to schools and then use federal funds to equalize them. To meet this requirement, districts must provide similar staff-to-student ratios, “curriculum materials,” and “instructional supplies” to schools in their district in order to receive federal funds.

Nevertheless, politicians and unions sometimes create funding disparities within local school districts by agreeing to contracts that give senior teachers more pay and discretion to choose the schools where they work. These higher-paid teachers tend to avoid inner-city schools with high rates of crime and student discipline problems, resulting in lower spending-per student in poor neighborhoods. Federal law permits this practice by excluding “staff salary differentials for years of employment” from its compliance provisions.

Regardless of any rationale for excluding federal funds from school funding comparisons, it is deceitful to omit such money without even a hint. Yet, Elizabeth Warren, Bernie Sanders, the New York Times, National Public Radio, and the Associated Press are doing just that.

Such disinformation is enabled by advocacy groups like EdBuild and the Education Law Center, which publish reports that exclude federal funds while burying this vital fact.

Warren takes the deception even further by leading people to believe that she actually accounts for federal funds. She does this by claiming that “the current investment in Title I—$15.8 billion—is not nearly enough to make up for state-level funding inequities,” but her supposed evidence for this is a study that excludes all of this money. This provides false grounds to continually demand more from taxpayers and to portray the U.S. education system as systemically racist.

This article has been republished with permission from Just Facts Daily.