John Money, David Reimer, and the Dark Origins of the Transgender Movement 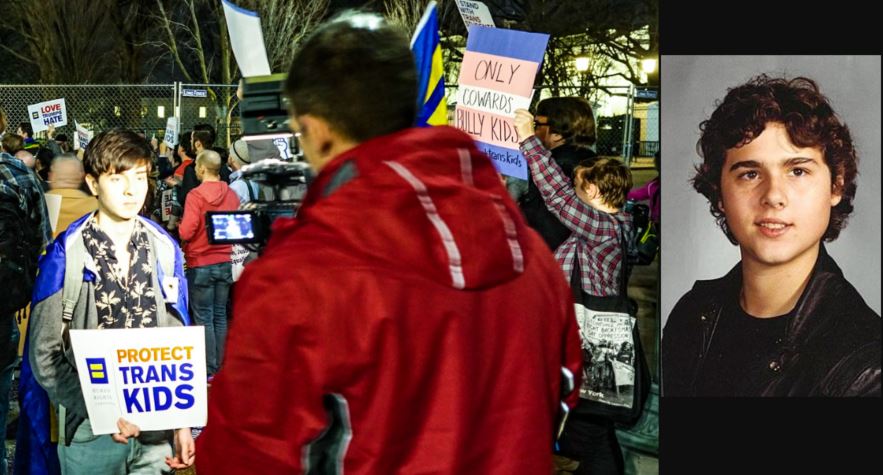 The other day I asked my colleagues if they had ever heard of John Money. “No,” they replied, “who is he?”

They’re not the only clueless ones. I’ll wager that most millennials don’t know the man who invented the terms “gender identity,” “sexual orientation,” and “gender role.” Unfortunately, the story behind those terms is a dark one that should give us all pause.

As Nature Made Him: The Boy Who was Raised as A Girl, by John Calpatino, tells the story of John Money’s famous patient, David Reimer.

Following Reimer’s failed circumcision, psychologist John Money advised that their biological son be renamed “Brenda” and raised as a girl. Money’s ideas about nature and nurture were novel and offered justification to confused parents looking for help for their son.

As part of the therapy process, Money had David and his twin brother Brian assume sex positions with one another to more firmly encode “Brenda’s” sexual identity. When the twins refused, they were subjected to verbal abuse from Money, a BBC account explains. At times, other colleagues watched as the boys engaged in “sexual exploration.” Pictures were collected, and are presently being held as property of the Kinsey Institute.

Money’s experiment with David’s sexual preferences and sense of gendered self eventually collapsed. Calpatino recounts the schism between environment and biology:

“Virtually every page of As Nature made Him contains an environmental cue or clue that helped force what Brenda’s prenatally virilized brain and system were telling her. Among these environmental cues would include the presence of an identical twin brother who so closely resembled Brenda and yet was, mystifyingly the opposite sex; the scarred and unfinished state of her genitals which contributed to her conviction that  something  was unusual about her assigned gender; the teasing and ostracization of peers and classmates who jeered at her for her masculinity; the growing realization on the part of Ron and Janet, around the time of Brenda’s seventh birthday, that the experiment was a failure; the trips to John Hopkins, where her genitals and sexual identity were of such interest to Money and his students …”

David eventually decided to have surgery to remove his hormone-induced breasts and resume his masculine identity. At 14, as Colaptino explains, it took enormous courage for David to choose surgery that would fundamentally change his relationship to his friends. Colaptino recounts the peculiarity of David’s,

“[A]wakening sexual attraction to girls; her inchoate but adamant aversion to possessing breasts and a vagina. For how many children, at the exquisitely awkward age of fourteen, will insist, upon threat of suicide, that they undergo a sex change, in plain view of neighbors, family, and friends. This almost incomprehensible act of courage on Brenda’s part speaks more convincingly than any other piece of evidence to the emphatic demands of our biology….”

This story took happy and unhappy turns. David married a woman in 1990, and he adopter her three children. He later committed suicide in 2004. His brother, Brian, was diagnosed with schizophrenia and had killed himself two years before. In 1997, David’s story was published in Rolling Stone magazine, and both siblings made the decision to go public in 2000 with the Canadian Broadcasting Company, “and stop Dr. Money from doing what he’s doing, he’s ruined our lives we can’t let him ruin anymore.”

This tragic story raises many questions. Chief among them: Why do so many of us not know how John Money developed the ideas we’re taught and take for granted in gender studies classes?

Money’s ideas laid the intellectual foundations of transgenderism. But how can we reckon with a set of ideas whose consequences included false assurances to parents, verbal abuse of children, failed transitions, questionable ‘incestual’ experimental procedures, mental health disorders, and suicides? Is it possible that the anxiety we’re seeing in the de-transitioning movement, or the internal disagreements among the transgender community on legitimate transgenderism itself, stem from a bad intellectual foundation built on flawed science?

Perhaps the mental anguish many transitioned people feel, or the lack of success in transitions, are consequences of detaching masculinity and femininity from biology, and tethering them instead to a disembodied idea we call gender.