Bring Back the Family Dinner 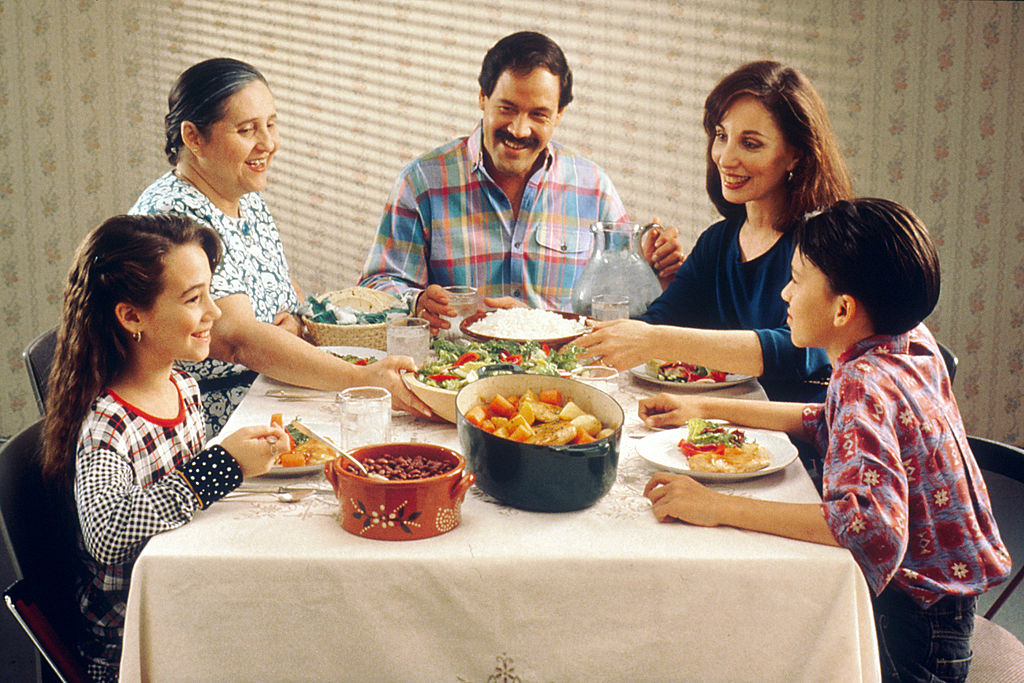 Growing up, my parents put a premium on ensuring we had family dinners together almost every night.

These dinners were times to check in on how we kids were doing in school, talk about problems, discuss sports, books, friends, and, starting in high school, politics as well. Although high school sports did cut down on their frequency, my siblings and I continued to learn a lot from those family dinners – about ourselves, life, and the world we would enter as adults.

My family continues to place a premium on these gatherings, and my wife and I plan on making family dinners a cornerstone of our own household as well.

The benefits of a family meal go far beyond the surface level of the conversations generated during such meals. Studies have shown that, among other benefits, teens who have frequent family dinners have healthier diets, are less likely to develop an eating disorder, less likely to experience depression, and less likely to use marijuana, alcohol, and other drugs.

Frequent family meals also make it twice as likely that a teen will have an excellent relationship with their father and siblings, and one-and-a-half times as likely they will have the same with their mother.

In spite of all these benefits, family time spent at the dinner table and in general family conversations has declined by more than 30 percent over the last 30 years.

According to a recently released YouGov poll of Americans who live in households with two or more members, 52 percent sit down for a family dinner with all members of their household at least four days a week. Over a quarter of these households, however, only have family dinners one night a week or less.

The problems which prevent families from having family dinners are varied, the poll shows. Some are predictable, such as busy or conflicting schedules. Others are more depressing, such as family members not wanting to eat with their flesh and blood.

That last point seems like a good reason to ensure the family meal does happen. My younger brother and I didn’t always get along growing up, and some major disagreements surely happened around the table. However, we also learned how to handle disagreements with a tad more civility from the more controlled environment of being seated round the dining table.

Yes, family dinners are spaces for kids to learn to share their feelings, communicate honestly, and learn about the world from their parents. But it seems that American parents might also gain quite a bit from being able to spend more time with their kids during dinner. American adults seem to agree, with forty-six percent of them wishing they could have family dinners more frequently. That number jumps to 62 percent for parents of children under age 18.

Busy lives may be precluding family dinners, but if that’s the case, where else could you possibly squeeze family time into that packed schedule of yours? Maybe it’s time to reevaluate if everything on our schedules is really fulfilling us or helping our families.