What the Left and Right Get Wrong About Immigration 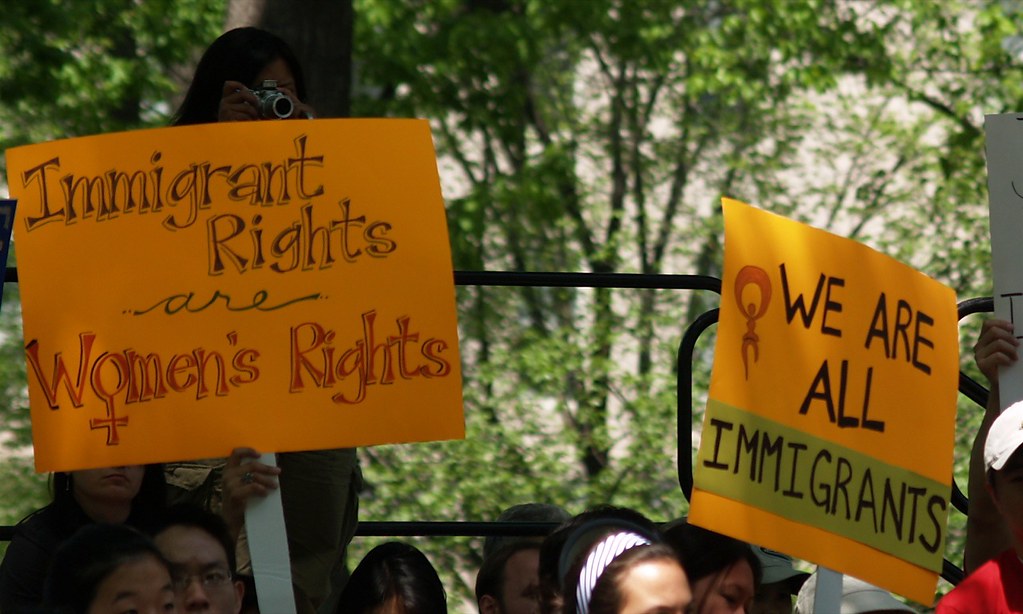 Recently, the Supreme Court agreed to review a case concerning due process rights for non-citizens.

The dispute between left and right on this question revolves around the complexity of due process for non-citizens – legal permanent immigrants, illegal immigrants, and temporary residents.

Historically, both left and right have held different views on the role of non-citizens in our nation. During the Clinton administration, strong border deportation reform was signed in the Illegal Immigration Reform and Immigration Responsibility Act. President Obama deported more people than any previous president, including 1.5 million in his first term. In total 12 million were removed during Clinton’s administration, 10 million during President George W. Bush’s, and 5 million during Obama’s.

What about on the right? While libertarians hold varied positions on border control, the bill signed by Clinton was introduced by Republicans. President Reagan supported amnesty,  while supporting strong borders. President Trump deported 256,085 immigrants in 2018, compared to a record high of 409,849 in 2012 at the end of Obama’s first term.

While both parties have agreed that immigrants matter to our country’s future, both parties have failed to see what fences – both political and physical –  are for: to protect the home of a shared culture, while caring for our neighboring nations well.

The present day conservative stance is not the same as the idea of protecting and growing a shared culture. It’s good to protect American interests, but conservatives should make clear what those are.

When we argue for immigration because of economic value without considering the complexity of cultural loyalty, we assume that men are as interchangeable as money. Materialism – on both the left and the right – denies our differences in culture. Speech, family authority, religious identity, parenting styles, schema for assimilating, views on human flourishing – all have complex impacts on the internal cohesion of American culture.

Knowing that men need money and markets is not the same as knowing what makes men human. We have to dig deeper wells and rediscover what it means to share a common history which gave us common values. To go forward, we must go back.

Learning lessons from our shared Judeo-Christian cultural origins and Greco-Roman political structure might put our nation and households in a position of strength so that we can in fact, better care for other nations.

Both left and right miss the reality that the debate on immigration is not about walls, or deportations. It’s really a debate about culture and meaning.

We must first agree that creating and preserving a common culture is a good preceding all other national goods. Then we must discuss what that common culture should look like.

Might not declining birth rates, rising depression rates, increasing suicides, opioid abuse and obesity, be symptoms of a widespread crisis of meaninglessness?

Beneath the opaque and mysterious diversity of the religious “nones” increasing, couldn’t this be the perfect opportunity to discuss a vision of life together as Americans?