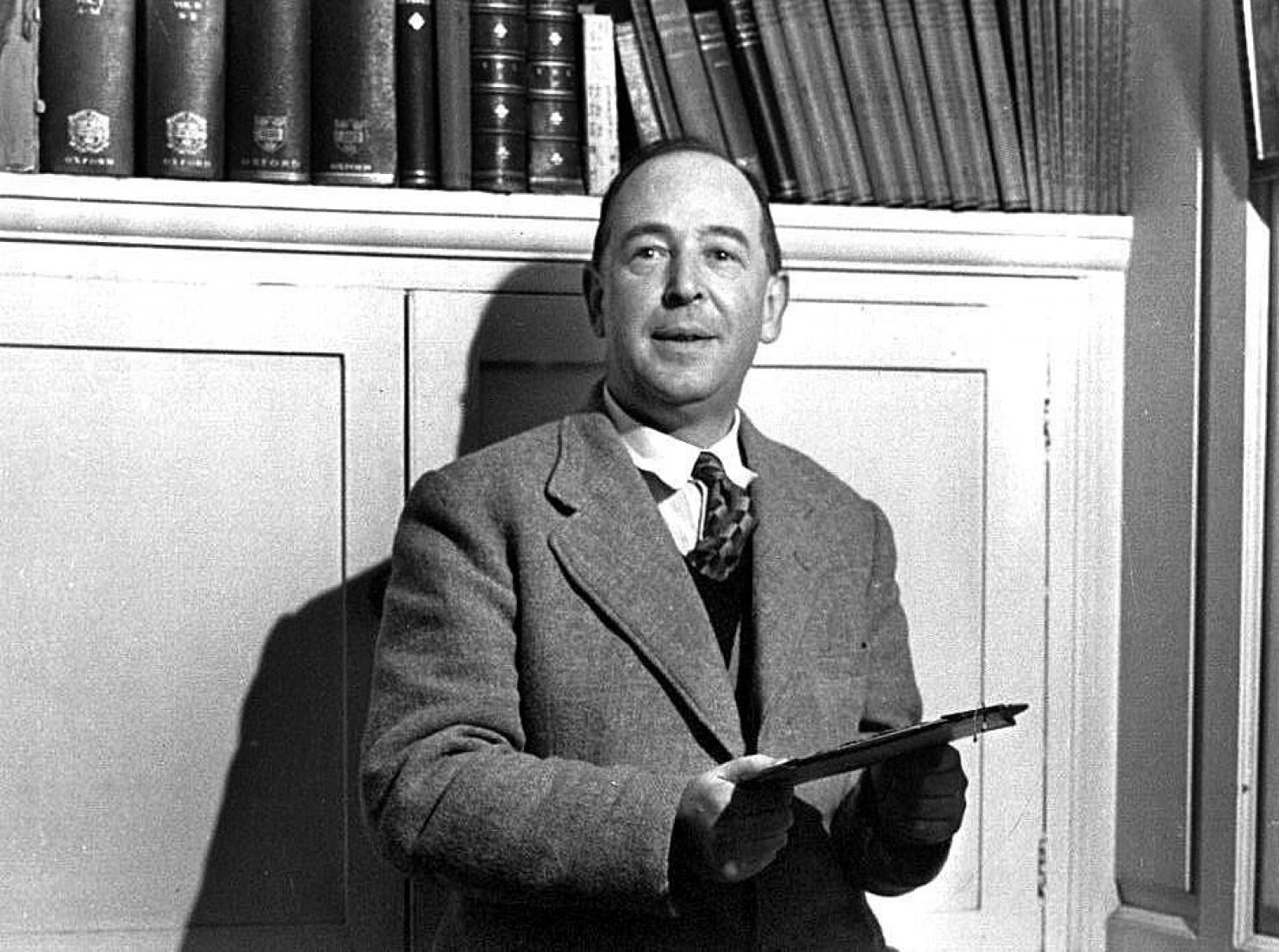 Whose dystopia are we living in today? With Donald Trump as president and the world seemingly ablaze, answering that question can sometimes feel like gambling on a horse race. So bet big on George Orwell, as China’s terrifying social credit system makes his Nineteen Eighty-Four freshly relevant. Though the odds are still good on Aldous Huxley, whose Brave New World offers the timeless warning that sexual and chemical freedom can actually be tools of subjugation. And here comes Margaret Atwood, courtesy of feminists on Twitter who seem convinced they’re living in a word-for-word realization of The Handmaid’s Tale.

Will it be one of these dark futures we end up inhabiting? Or that of a (slightly) less known author, Ray Bradbury, perhaps, or Yevgeny Zamyatin? Time will tell, but there’s one prophet of doom who never seems to get his due. C.S. Lewis, the Oxford don and theological writer, is better known for his Christian apologetics and Chronicles of Narnia series than his playing Cassandra. But Lewis, too, conceived of a bleak future, one in which man seeks to overcome his nature and in so doing ends up enslaving himself. Outlined in his essay The Abolition of Man and his novel That Hideous Strength, his premonitions have been largely ignored, at least in the mainstream, perhaps because they’re so unfashionable. They involve, after all, not easy enemies like communism or patriarchy, but the West’s abandonment of natural law and God.

The Abolition of Man was first delivered as a series of lectures at King’s College in 1943. It begins with Lewis challenging a popular textbook of the time, which he dubs The Green Book. At issue is a passage where the two authors, whom he calls Gaius and Titius, recall the story told by Coleridge of two tourists standing before a waterfall. One gazes upon the flume and pronounces it “sublime,” while the other calls it “pretty.” Coleridge naturally rejects the latter judgment as inferior to the former; not so, say Gaius and Titius. The two evaluations are equally valid because both are mere expressions of subjective feelings. This “confusion,” they say, is “continually present in our language”: what we think of as true and objective statements are mere shadows off our emotional lanterns.

It’s a relativistic way of thinking and Lewis sees in it the road to ruin. The Green Book, he warns, establishes a fatal opposition, one that pits the everyday judgments we make about breakfast and traffic and the family dog – essential if we’re to interact with the world around us – against our very reason. Thus it becomes irrational to think that a waterfall itself is “sublime”; the rational take is that the waterfall has no inherent qualities at all, at least as we perceive them. Follow this logic to its conclusion and you destroy any sense of objectivity, and with it the common understandings that are needed for a civilization to function.

To do this, Lewis says, is to promote a lie. Not only is objective truth real, but there exists a transcendent moral order that can be found across cultures. He calls this, borrowing from the Chinese, the Tao, though it can also be thought of as natural law or traditional morality. He associates the Tao with the bodily chest, which he sees as a sort of ethical mediator between the appetites of the belly and the intellect of the mind. It may even be, Lewis suggests, that our chests are what make us uniquely human, as by our intellects we are only spirit and by our appetites only animal. Gaius and Titius, then, are Men Without Chests, which is to say not men at all, having abandoned any sense of the objective and thus forfeited any discernment of the Tao.

Jettisoning traditional morality might feel like a liberation, but it’s actually, as Lewis sees it, the beginning of the most awful tyranny imaginable. Because if man loses that which makes him human, then he can be molded into something else, and it is other men who will do the molding. “From this point of view,” Lewis writes, “what we call Man’s power over Nature turns out to be a power exercised by some men over other men with Nature as its instrument.” These architects Lewis foresees as scientists, or at least informed by science, armed with cutting-edge technology and all the tinkering capabilities of the modern state. Yet without the Tao, they will have nothing to inform their decisions except instinct and desire, thus making them slaves to nature rather than the other way around. It is nature, then, that will have the last laugh, abolishing the very species that seeks to rise above it.

Though Lewis mentions him only once, his chief antagonist here is clearly Francis Bacon. A Renaissance thinker, Bacon argued that man should, through scientific experimentation and technology, extract from nature her secrets and use them to “subdue and overcome the necessities and miseries of humanity.” But that only raises Lewis’s question: which man? Who among us gets to do the subduing and overcoming? In his novel That Hideous Strength, Lewis imagines an answer: the National Institute for Coordinated Experiments, or N.I.C.E., a scientific think tank that gradually and coercively takes control of Britain. Populated by a diverse cast of villains with hilariously unsubtle names (Augustus Frost, Fairy Hardcastle), the N.I.C.E. genuinely believe they can create a better humanity, starting with an executed prisoner whose head they’ve managed to reanimate and make talk again.

They’re assisted in all this by the Macrobes, a new race they’ve discovered and who it’s quickly established are the real voices behind the disembodied head. Those familiar with Lewis’s fiction will have guessed that the usual Christian mythology is in play and that the Macrobes may not be quite what the N.I.C.E. suspect. The ending of That Hideous Strength is almost unnecessarily violent, as the scientists are slaughtered by their hellish controllers. But there’s a scene just before that in which Lewis explores how exactly man might be abolished. Mark Studdock, a naïve N.I.C.E. initiate, is taken by Frost into several rooms where he’s shown things that ought to repulse his sensibilities – distorted furniture, for instance, and obscene art on the walls.

The purpose, according to Frost, is to make Mark entirely “objective,” to shear him of any human emotions and preferences, which Frost dismisses as mere “chemical phenomena” acting on the brain. The real goal, of course, is just the opposite: to destroy Mark’s objectivity, to render waterfalls sublime no longer. Mark goes through with this, only to decline when Frost asks him to stomp on a crucifix; though not a Christian, he can’t bear to bully a torture victim. His humanity thus intervenes and saves him, though Lewis makes clear this was by no means guaranteed, as several N.I.C.E. members, including Frost himself, went through with the desecration.

This raises the question: just how malleable is our humanity? Would we kick a dying man if those in power demanded it? Would we shed the Tao altogether? Right now, the regnant culture is waging war on a number of things once considered fundamentally human: the family, the two genders, the need to communicate honestly (some would say politically incorrectly), the desire for a national identity and flag. Could it be that the Frosts of the world have already begun their work? Certainly we’ve seen shades of the N.I.C.E. before, in early progressive advocates of scientific governance like Herbert Croly, and in the Silicon Valley magnates of today who babble about transhumanism and seceding into their own corporate states.

Such would-be conditioners are victims of man’s oldest tautology: they can wield power and therefore they ought to wield power. It’s hard not to notice that Lewis, in The Abolition of Man and That Hideous Strength, ends up sounding like something of a fusionist, meaning one who thinks that the fates of traditional morality and individual liberty are inextricably linked. The secret police are instrumental to his dystopia. They are the muscle by which man is to be remade. The N.I.C.E. don’t slither in with gooey promises of personal betterment; they come with jackboots, enamored with technocracy, fussing drearily about how unhygienic pubs are. Individual freedom is just another human inclination they mean to erase, and their statism is contrasted with Lewis’s heroes, who live in a state of ordered liberty under their Director (previous Lewis protagonist Elwin Ransom), free to both enjoy themselves and carry out their duties.

This was how it looked from the belly of the 20th century, as overseas dreamers and revolutionaries morphed into totalitarians. And it’s still plenty relevant today. Because if humanity as we know it is to be abolished, it won’t be by those who love country and Constitution. It will be by elites with gauze in their eyes, addled by delusions of progress or reaction, who look upon mere man as he is and think they can conjure up something better.