Why We Should Take Greta Thunberg Seriously 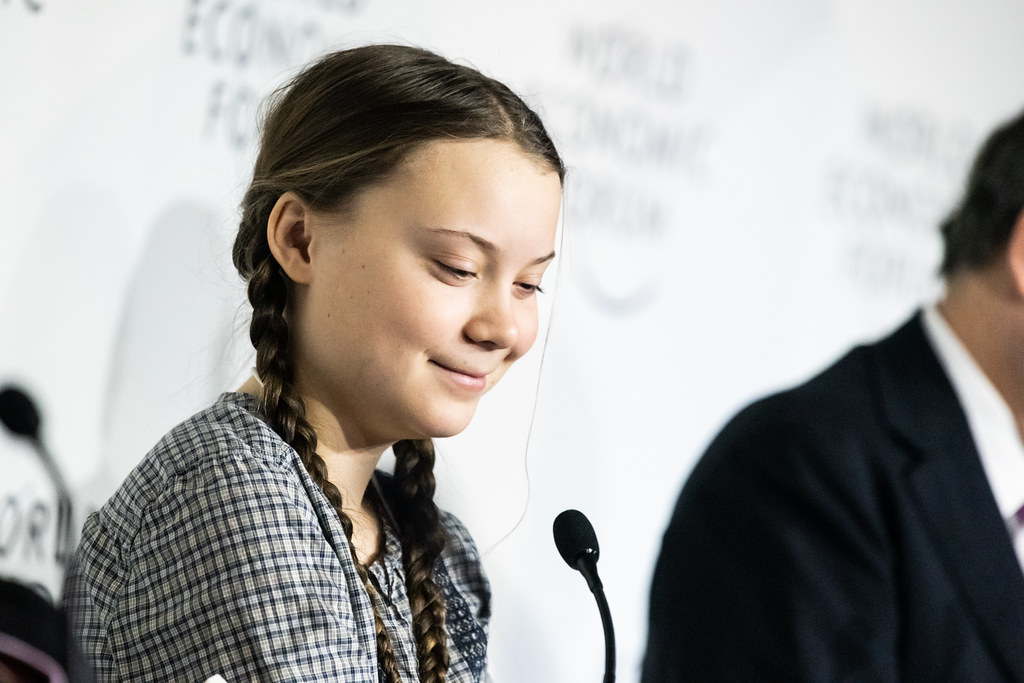 At this point, there’s hardly any need to repost the video of Greta Thunberg speaking at a U.N. press conference earlier this week, so widely has the footage been spread on social media. Fighting back tears and with a trembling voice, the 16-year-old issued an emotional call to fight climate change that has captured people’s attention. “How dare you?!” Greta exclaims to the world’s politicians, who she sees as complicit through their inaction in the warming of the planet.

The following day, Thunberg announced that she and 15 other young people were suing Argentina, Brazil, France, Germany, and Turkey, in a bid to pressure them into considerable action on preventing climate change. (The U.S. is not part of the lawsuit, because only those countries that have ratified the U.N. Convention on the Rights of the Child, on which the suit is basing its claim, can be involved.)

The video was met with a chorus of voices calling Greta an emotional child who had been exploited by her parents and the media. And it’s certainly true that she’s being exploited — she’s now appeared at the World Economic Forum, the French National Assembly, the United Nations, and the European Parliament, and has gotten applause for her message, whatever that might be. But before we dissect what Greta actually stands for, let’s address whether she can be made fun of to begin with. After criticizing Greta myself, several repliers have declared that I’m “afraid of a little girl.” In fact, back in March, I was fired for upbraiding the way media outlets have covered Thunberg, incidentally proving my point.

What isn’t fair is to dismiss the Swedish teenager because of her age. We trust 16-year-olds to do many things, including hold political opinions. The fact that she has Asperger’s syndrome also does not disqualify her from being listened to, or from voicing a position. Two things can be true at once: her beliefs are sincerely held and she is being exploited by those who have vested interests and political agendas. However, the environmentalist left needs to realize that other things can’t be true concurrently. Greta cannot be simultaneously old enough to voice her views on one of today’s most important issues and be too young to be criticized for the things she says.

When I was first writing letters to my local newspaper, it was one thing to be published; it was another for people to be outraged by my opinions. It was other people’s reactions that showed I was being taken seriously if I wasn’t, why would they bother reacting? The same goes for mockery. Even the most beloved public figures are going to be ridiculed at one point or another. To suggest radically changing our way of life through the power of government is to open oneself to pushback, including of the vitriolic sort.

The environmentalist left is in a comfortable position. Holding Greta Thunberg up as a shield towards criticism, they demand that we do whatever they say. But do what exactly? Greta hasn’t laid out a plan for switching our energy supply over to carbon-neutral nuclear and hydro, or come up with a solution to plastic packaging that consumers can actually use. Apart from calling for “climate action” and telling politicians that they’ve sat idly by while “our house is on fire,” what does Greta want us to do?

Greta’s message isn’t one of hope and trust in technological innovation, but of fear and despair. She says quite literally, “I want you to panic.” She also demands abstinence. Our way of life is contributing to climate change, she says, and even though we know innovation has considerably decreased the amount of pollution we emit over time, she believes we also need to reduce our consumption.

Thunberg makes it very clear that “our emissions have to stop” and references her opposition to airport expansions (meaning those of Copenhagen airport in this case):

She also pushes the flight shaming narrative, which encourages people to give up air travel. Good luck getting to Hawaii or Iceland in that case…

We need a whole new way of thinking. The political system that you have created is all about competition. You cheat when you can because all that matters is to win. To get power. That must come to an end. We must stop competing with each other. We need to start cooperating and sharing the remaining resources of this planet in a fair way.

Her disdain for capitalism is apparent, and with that also comes other authoritarian tendencies. Back in August, Greta got journalists kicked out of a Fridays For Future event in Lausanne, Switzerland. A couple of youngsters at the meeting had voiced their frustration over the lack of democracy within the organization. Before the discussion could continue, Greta told all the journalists to leave, saying, “it will look like we have infighting.”

In the Facebook post mentioned earlier, Thunberg also demanded: “Stop asking your children for the answers to your own mess.” That is the bottom line – “children are the future,” but apparently the future doesn’t quite know what to do, so it resorts to advocating for the radical destruction of our way of life. Making sense of it becomes hard.

Meanwhile, people are to be burdened with higher energy prices and more expensive air travel, while the engines in their cars are gradually made illegal. Does Greta care? Probably not – she is more than willing to throw the prosperity of future generations under the bus. She asks those she may never encounter to make enormous sacrifices, lose their jobs, see their families abroad less often, see their children less after doubling their commutes to and from work, not allowing themselves to enjoy steak. Those who have worked all their lives to carve out a future for themselves and their children, who built a free and prosperous world, are demonized as backwards and willfully mischievous.

Yet when they, after all this ill-informed hysteria, make jokes or dare to criticize Greta, they’re castigated and sacrificed on the altar of media shaming.

The world won’t end, but if this continues for too long, rational political discourse will.