When Students Melt Down Over a ‘B’ 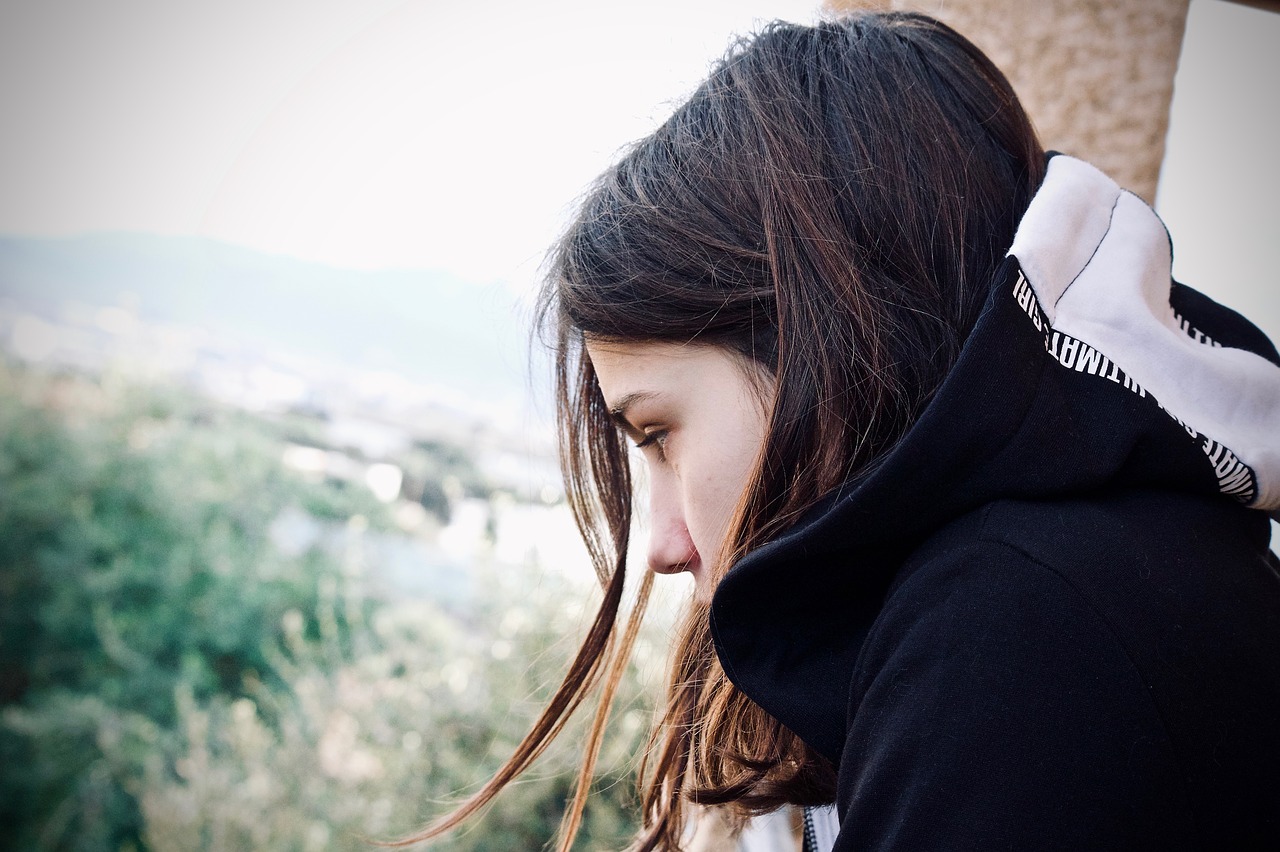 The library on campus of a small Catholic university in Illinois was largely empty. Since the administrators had replaced most of the bookshelves with plush furniture, conference tables, and chairs, it better resembled an airport terminal just before a redeye. A handful of students were staring intensely into computer screens, while another pair talked loudly – no more than 10 feet from the silent, visibly demoralized librarian – about the rap song that one of them had just played moments earlier. Not one student was near a book. There wasn’t a single newspaper or journal in sight. The university had canceled its subscriptions and removed the periodical section a few semesters earlier.

I was making my way toward the front door when one of the students from my Intro to Literature course stopped me, tears rolling down her cheeks, her body nearly convulsing as she attempted to suppress her sobs. Because any human contact is potentially criminal, I ignored my impulse to offer a consoling hand to the shoulder, and asked what was wrong. Expecting her to tell me about a personal tragedy – perhaps the terminal diagnosis of a loved one – I almost began to weep myself when she said, “You gave me a ‘B’ on the paper.”

Her crying made the harangue that followed difficult to fully comprehend, but it seemed that she must maintain a certain GPA to remain in athletics. When I countered that a “B” is a good grade and that she would have plenty of time to aspire towards an “A” on other assignments, she began pleading with me for opportunities to “bring up the grade.” I declined, and asked if some other, more personal factor was contributing to her stress over a passing grade on one paper in a course entirely unrelated to her major. She insisted that there was not. Helpless and baffled, I wished her well, offered her reassurance, and proceeded out of the library and into the parking lot.

Fielding an existential meltdown, complete with a crying jag, is not part of my professional training. Yet rarely does a semester go by without some kind of grade-related complaint, appeal for mercy, and panic attack. When a student appears as if he has just undergone a life-altering trauma because he’s realized he is hanging over the edge of a “C,” I think of my father, who at around the same age was in Vietnam. We all have our crosses to bear, whether surviving guerrilla warfare or dealing with a professor who will not give extra credit.

“Grade anxiety,” to use the more popular term, is not unique to my students or school of employment. Studies from Penn State and reports from Psychology Today, Boston University, and many other sources have confirmed that debilitating anxiety is now the leading mental health problem for college students. A quick Google search of “grade anxiety” reveals endless pages of advice to students apoplectic about their exam scores, the professors on the receiving end of their complaints and concerns, and the parents who cannot cope with anything other than perfection.

In all fairness, contemporary college students, contrary to Baby Boomer sanctimony, do have a tougher task than their predecessors. More of them work, often full-time, while completing their degree requirements, and must shoulder heavy financial burdens to acquire their education – which they understand they will carry, in the form of student debt not dischargeable in bankruptcy, for the majority of their working lives.

Yet even acknowledging the peculiar injustice that exists in American higher education, there is no avoiding the conclusion that 20-year-old adults obsessing and crying over their grades is not a sign of societal health. It’s a tornado siren blasting 100 yards away from a trailer park.

As tempting as it is to ridicule the students for their inability to put their lives in mature perspective, it’s more instructive to recognize that they are products of American families, institutions, and culture. The overwhelming prevalence of severe grade anxiety indicts a society that is failing to strengthen children into thoughtful and resilient adults. As Gore Vidal once quipped, “I’ve never met a boring six-year-old in America, and I’ve never met an interesting 16-year-old.”

Even before reaching the age of six, children are under the constant influence of their families. Jonathan Haidt and Greg Lukianoff document in their important book The Coddling of the American Mind how “helicopter parenting” has weakened us all. Paranoid about safety, aggressively committed to their children’s achievement, parents aspire to protect their sons and daughters from all potential hardship, pushing them into closely monitored extracurricular activities. They treat school work as an accountant treats an actuarial table. The wealthier the parents, the more likely they are to enter their children into the vigilant competition of meritocracy. Some families even send their kids to elite preschools, believing that failure to do so will keep them off the Ivy League university trajectory.

The self-esteem movement has ensured that children will not only aspire to the materialistic measurement of the “best,” but believe that they are innately worthy of it. Hearing for their entire lives that they are flawless specimens of Da Vinci-esque brilliance and creativity leaves them unprepared for even the mildest form of criticism. One of the most common rebuttals to a low grade from a student is an indignant “I think I did a great job,” spoken as if the teacher should receive a pupil’s opinion about his own work as a Catholic priest receives a papal encyclical.

Since the move toward standardized testing as the ultimate metric for student and school success, educational institutions in both rich and poor neighborhoods have relegated the learning experience to high stakes exam preparation, indoctrinating children to believe that they can reduce the value of their intellectual pursuits to a number on a results sheet. The testing model of education complements the American adult’s inevitable entrance into a consumer culture with a hierarchy of social status and purchasing power. The earning power of the Kardashians or Waltons allows them to accrue more political influence and cultural value than the typical family in a city without a “Real Housewives” franchise.

Too many conservatives insist on demoting education to nothing more than job training, encouraging the prevalent anti-intellectualism in the United States with suspicion, or outright derision, towards the “impractical” liberal arts. Liberals don’t help matters by too often transforming the humanities into conduits of leftist social theory, and before that making elementary and secondary schools too bureaucratic. Formulaic lesson plans and mechanical approaches to pedagogy prevent teachers from developing fruitful bonds with their students, or adjusting their class agendas according to student need and interest.

The Atlantic has run informative but also demoralizing reports on how elementary schools in Finland allow children plenty of free time for play, while also encouraging them to indulge their curiosities in the classroom. In the United States, organic and unrestrained learning is a privilege for children whose parents pay the high prices of a Montessori school. An American kindergartener has an average of 30 minutes of homework per night.

One of my favorite assignments as a child, at the Lutheran elementary school I attended from first through eighth grade, was the book report. Our teacher would walk us to the library and tell us to pick any book, read it, and write a page on it. Depriving children of choice robs them of any joy they might associate with learning. I now teach students in perpetual panic over their grades, and more times than not, the only questions I receive after attempting to facilitate a discussion on a masterpiece of literature is “Will this be on the test?” or “How long does the paper have to be?”

Standards of evaluation are necessary. But I often try to inculcate in my students the knowledge that, in any walk of life and in comparison with the development of passions and the need to sharpen one’s ability to look at a complex world, grades are not that important.

This is a tough sell – pun intended – in a country that has so thoroughly degraded its public vision of life to an endless quest for wealth and power. There is now a handy measurement of everything. Are you successful? Check your bank account. Are you important? Check your social media followers. Are you attractive? Check the likes on your latest profile picture.

Grades, with the weight of an institution behind them, act as a final judgment in the minds of too many students. They equate A’s not only with immediate academic success, but also the chance of having a successful life. Anything less than the optimum might lead to unhappiness.

All lives have moments of failure, pain, and agony. Real adversity is not a “B” on a paper, but your best friend in a coffin, your child’s frightening medical condition, your injury that leads to a permanent disability. Education at its best can bequeath what Albert Murray called “equipment for living.”

Students who panic and cry over less than perfect grades demonstrate that America has not given them equipment that is helpful and durable. America, in that respect, is worthy of an “F.”

This article has been republished from The American Conservative.