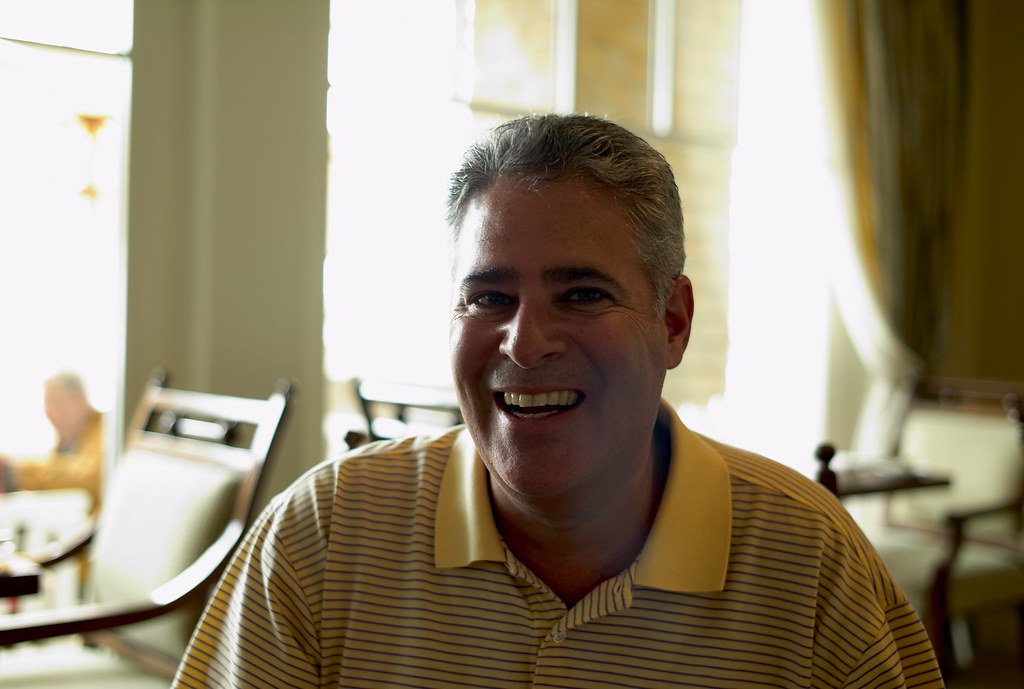 Alan Fuerstman is the embodiment of the American Dream. He’s the founder of Montage Hotels & Resorts, a California-based luxury hotel and resort company that has a portfolio of $3 billion. He was listed on the Haute 100, received the Ernst & Young Entrepreneur of the Year Award, serves on advisory boards, and gives back to his community through charity work. He’s married, has four children, and probably owns a beautiful home that might even have a white picket fence.

It wasn’t always this way. Before Fuerstman was an American success story he was a kid from Jersey working weekends as a doorman at the local Marriott. So what was the secret of his success? In interviews over the years, Fuerstman has talked about his life story, work ethic, and management style. Here are some things we can glean from his words.

1. He Got Experience Early

Most people can tell you the first job they ever had, and most of the time the jobs aren’t glamorous. Fuerstman’s case is no exception. As a doorman working weekends, he recently told Inc., he’d call cabs for guests, load luggage, and wipe snow from windshields in the winter. It taught him how to serve people, he said, and he must have done it well. He was soon asked to take on more hours.

A lot of high schoolers would have hemmed and hawed about taking more hours. It could distract from academics. It could interfere with sports – in Fuerstman’s case, his tennis play. It could mean less time hanging out with friends, watching Netflix, or playing Fortnite.

These objections are not unreasonable. As a teen, I probably would have made some of these excuses if my boss asked me to take on more hours. (We didn’t have Fortnite when I was in high school, but we did play a lot of Age of Empires.) But Fuerstman didn’t. He kept studying and playing tennis but also found time to work four or five nights a week at the hotel, in addition to weekends.

He was soon promoted to bellman.

3. He Took the Work Seriously

Most people have done mundane or menial work. I’ve dug graves, bussed tables, and been a garbage man. I’m the first to admit it’s not easy to take pride in such work. Most of us do such work for a paycheck and dream about our next job. This is a mistake, many successful people will tell you.

Melanie Whelan, CEO of SoulCycle, says college grads need to stop thinking about the future and just get to work. You’ll learn more than you realize, she says.

“Get a job and work hard,” she told The New York Times in an interview.

You are going to learn a ton in whatever that job is, so don’t stress too much about what it is or where it is. Just take a job and put your head down, work hard, raise your hand for anything anybody asks you to do.

How did Fuerstman take his work as a doorman and bellman? “I took it really seriously,” he said in a recent interview.

Fuerstman took it seriously enough to capture the attention of Bob Small, a man who soon became the CEO of Fairmont Hotels and a mentor to Fuerstman.

After graduating from college, many young people quickly find themselves back in school. Some go to grad school, some go to med school, some become lawyers. Many do this simply because they’re not really sure what to do with their lives. (That was basically my story.)

Fuerstman felt the same pull. His plan was to go to law school following his internship with a young US Senator from Delaware named Joe Biden. But Bob Small, who was opening a resort in Mirage, California, posed him a simple question.

“Come on. Do you really want to be a lawyer?” Small asked.

Apparently not. Small offered Fuerstman a full-time job, which he accepted.

5. He Learned the Business

Fuerstman says he took the opportunity to learn the hotel business. How to lead staff, how to keep food and beverages stocked, how to make sure the wheels don’t fall off on busy weekends and holidays.

He enlisted in Marriott’s management training program and was soon a manager at the Newport Beach Marriott. He was 22.

Soon he was recruited to become the general manager of a resort in Arizona.

6. He Learned the Psychology of Leading and Serving

In 2007, after being named the Resort Executive of the Year, Fuerstman discussed his managerial style with The New York Times. In the interview, he explained how he was able to retain employees in a field notorious for its high turnover. One reason he cites is a corporate emphasis on educational and leadership opportunities for staff, which allows them to grow, feel fulfilled, and better serve guests.

Much of the training involves instilling workers with “grace and humility” so they can offer exceptional service. Employees who perform “wow” moments for guests aren’t just recognized but also rewarded.

“It’s simple psychology,” Fuerstman told the Times, “people commit more acts of kindness when they are appreciated for them.”

7. He Raised Capital and Took a Risk

After years of working in the hotel businesses and running resorts, Fuerstman eventually decided he wanted to build his own. That was going to require some serious funding, however. Fortunately, Fuerstman’s vision and experience allowed him to attract enough investors to raise the necessary capital. The venture was a serious risk, of course, but one that has paid off.

He launched his own company in 2002. He quickly decided Laguna Beach was the ideal location for his first hotel. The problem was he couldn’t decide what to call his new company. He hired a publicity company but got nowhere. Stumped, he promised $10,000 to whoever came up with the right name. That failed, too.

“I was getting desperate. I went to an online art reference guide,” he recently told Inc., noting Laguna Beach’s artist colony roots. “I started with the A’s, B’s, C’s … I got to the M’s and saw montage, described as an ‘artful collection or compilation.’”

That’s it, he told himself. He had a name.

The venture was a serious risk, of course, but one that has paid off. Today, Montage consists of eight hotels and resorts, with nine more slated to open by 2021. In 2017, Fuerstman launched Pendry Hotels, a chain he says specializes in “new luxury” that is more design-forward.