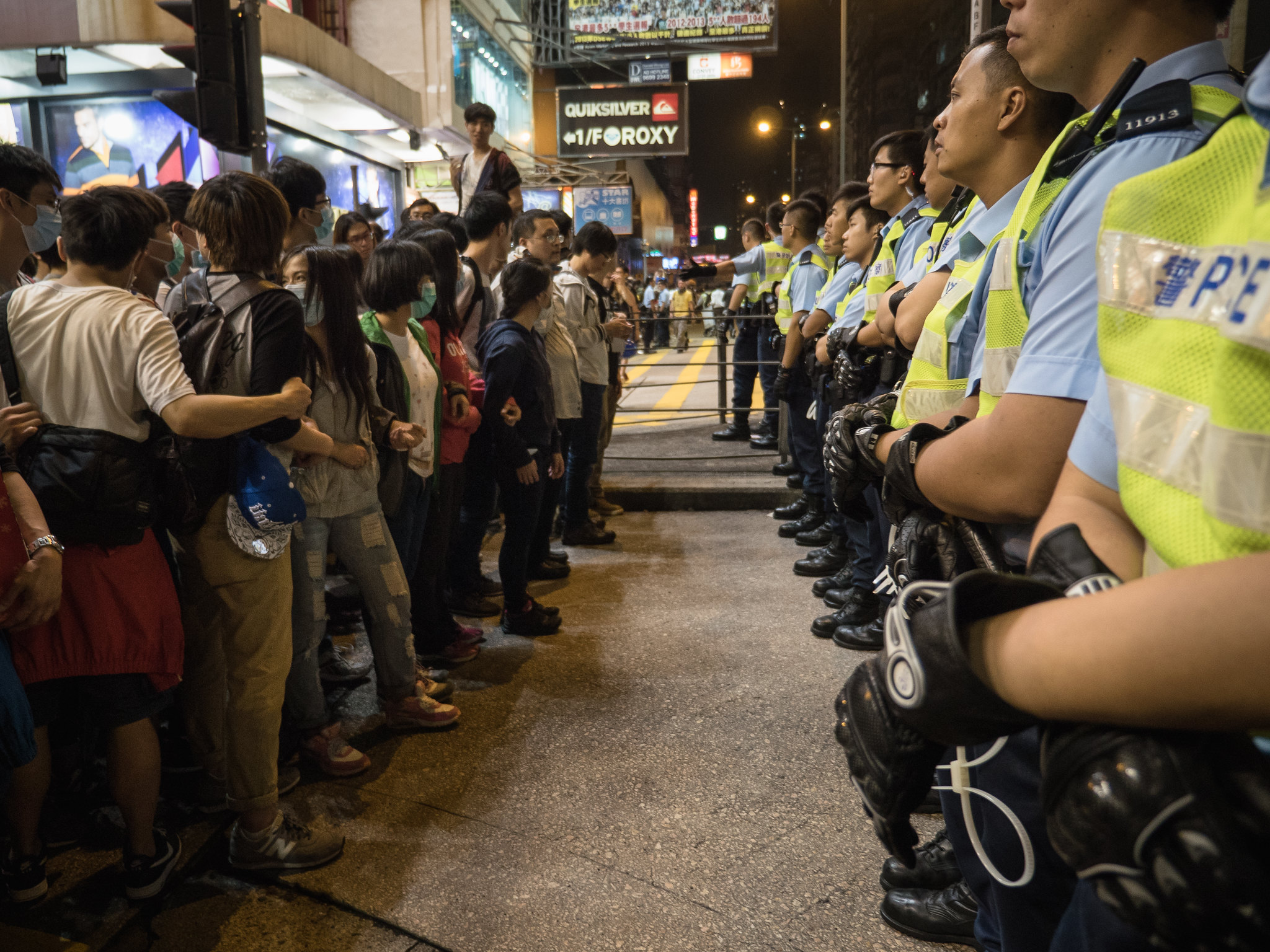 HONG KONG – China has instituted an immigration scheme that allows 150 Mainlanders a day to migrate to Hong Kong, and local officials have no power to vet or control who comes. Protesters say the program is being administered by the Chinese Communist Party in order to dilute Hong Kong identity and make the island more pro-Beijing.

What’s viewed in Hong Kong as a forced immigration program has actually been fueling tensions between Mainlanders and Hongkongers for years, but the protests have brought the issue into stark relief. Many new immigrants from mainland China tend to support Beijing, while native Hongkongers have been backing the anti-government protests for nearly five solid months.

“China’s government is using immigration from mainland China as a weapon against Hong Kong to make it pro-Beijing,” a young protester who did not want to be identified told this writer. (All the people interviewed for this article asked to remain anonymous for security reasons.)

Close to 1.5 million mainland Chinese immigrants have moved to the city since Hong Kong became part of China in 1997, and now make up about 20 percent of Hong Kong’s population. “It’s becoming very difficult,” a protester said. “The high number of immigrants drains our public resources – from health care to public housing and education.”

Thousands of pregnant women from mainland China have migrated to Hong Kong because it allowed their children to obtain permanent residency there – including access to public housing and free health care and education.

While a law was passed in 2012 to limit the number of mainland women without Hong Kong ties from coming to the island to give birth, a Chinese think tank has proposed scrapping it so that 25,000 Chinese babies a year can counter the region’s low birth rates.

Hong Kong’s vast and efficient welfare system, combined with a vibrant free market, is a legacy of British rule, which ended in 1997. Hong Kong has since been ranked as having the best health care system in the world by the Bloomberg Healthcare Efficiency Index. But according to critical Hong Kong locals, the drain on medical resources from mainland Chinese immigration has caused significant issues, leaving vulnerable people, like pensioners, without adequate care.

The rise in housing costs has also become an alarming problem, due in part to mainland Chinese elites gobbling up prime real estate. A staggering 44.7 percent of residents in Hong Kong live in public housing.

Many Hongkongers also worry that mass immigration from mainland China risks threatening the region’s unique culture. “Mass immigration is a deliberate policy by the Chinese government to commit cultural genocide against Hong Kong,” another protester charged. In 2017, Beijing mandated that Chinese history be compulsory for all children ages 12 to 14. One Hong Kong critic at the time called it a policy that “treats history teaching as an ideological weapon that could beat down the anti-Chinese sentiments for Hong Kong independence.”

“The rationale is not pedagogical but patently political, i.e. to foster a blindingly patriotic, triumphalist sense of Chinese identity,” wrote Henry Kwok in October 2017.

Hongkongers speak Cantonese, a Chinese dialect, while mainland Chinese mostly speak Mandarin. In addition, while official documents and signs across the region still have English translations, the number of people speaking English has diminished to less than half of the overall population.

The use of English is another factor that distinguishes the anti-government protests from the pro-Beijing counter-protests. The anti-government crowds will sometimes chant in English, “Stand with Hong Kong” and “Free Hong Kong.” The University of Hong Kong, the first university established by Britain in East Asia, overwhelmingly supports the protests. A monument of Tiananmen Square – where students protesting for democracy in mainland China in 1989 were violently repressed by the government – stands at the center of the campus.

However, in many cases, immigrants from mainland China have integrated. And those who have tend to support the anti-government protests. “I moved to Hong Kong, so I will definitely vote against the Communist Party,” said one of the protesters, adding, “if not, why even emigrate in the first place?” The issue Hongkongers have with mainland Chinese immigrants isn’t ethnocentrism, but rather immigration used as a tool to undermine their autonomy.

Of course, many Westerners will find Hong Kong’s issues with mass immigration relatable. For the past decade, populist leaders in Western countries have made similar arguments against influxes of immigrants from abroad. Such figures, like President Donald Trump, are often defined as “far-right” by the establishment press. But this dichotomy of left versus right does not exist in Hong Kong. Their division is between pro- and anti-Beijing, and many protesters feel that immigration is being used by the Chinese Communist Party as a cudgel against their democracy.

Hong Kong has a unique culture, a combination of both Western and Chinese values. A plaque engraved on the floor of Kowloon, one of the three main regions of Hong Kong, says: “The distinctive environment of Hong Kong, while neither Chinese nor Western, but a mix of the two, is just like an ocean that embodies a hundred rivers.” Should mass immigration continue without integration, the region might lose its Western values and gradually assimilate into mainland China.