Why Only Villains Are Running for President 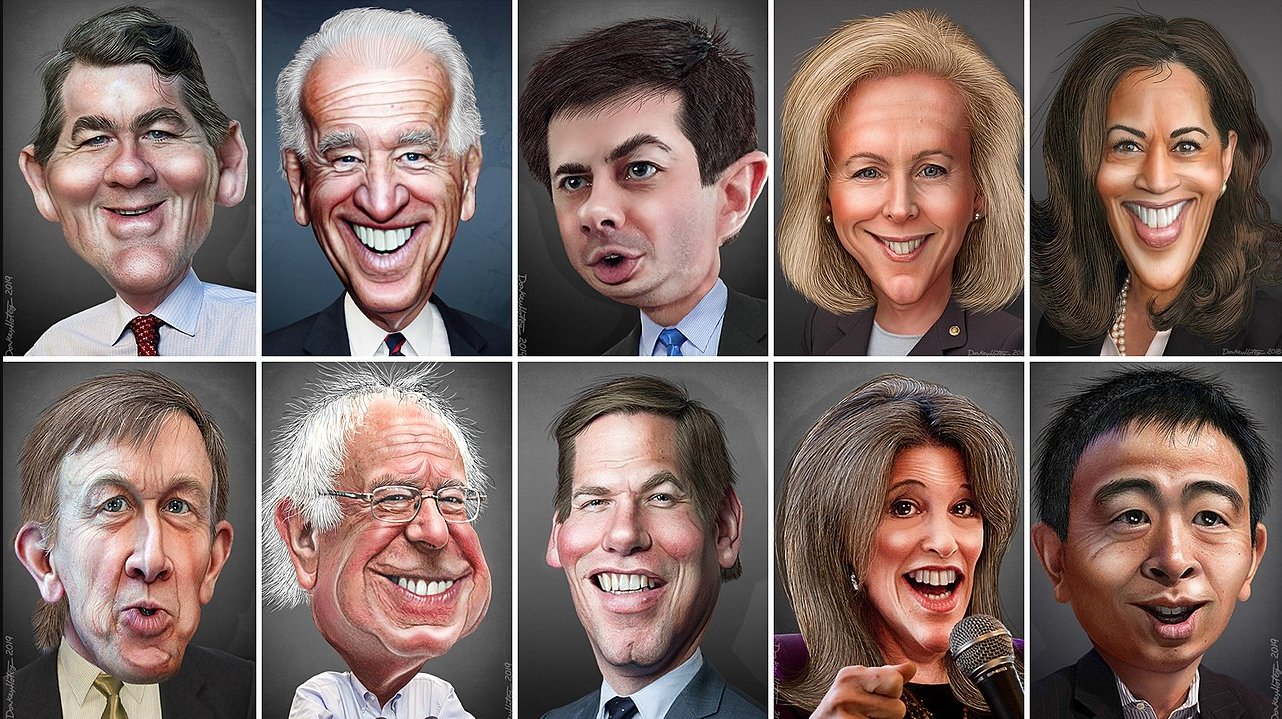 Steven Pressfield has written best-selling historical fiction books such as Gates of Fire and Tides of War. He writes nonfiction as well; and in my development as a writer, few books have helped me more than Pressfield’s The War of Art.

When Pressfield talks about writing, I listen. Recently he wrote a series of blog posts about the hero/villain dichotomy.

In movies and literature, the hero is the one who changes. Villains don’t change; they go on being villainous in fairly predictable ways.

For example, recently I watched Shazam – a superhero comic action movie. Shazam keeps the hero/villain dichotomy very simple. Billy Batson is a 14-year old foster child who, to realize his destiny and save the world from the villainous Dr. Thaddeus Sivana, must first return the love his foster family is showering on him.

As I read Pressfield’s essays on heroes, I applied his analysis to the current candidates for President; all I saw were villains, saying predictable things and unwilling to learn and change.

Pressfield writes, “The Villain believes in a world of scarcity.” Describing a zero-sum view of life, he explains, “[The Villain’s] point of view is predicated upon the notion that if he is to survive and even prosper, he must take from you and me. No other equation exists for him. He cannot conceive of any other world.”

During the recent Democratic debate, did you hear a single candidate who didn’t believe life is zero-sum? I didn’t. The candidates are all proposing some flavor of significantly increasing taxes to redistribute to groups they favor.

And let’s not be partisan. Fairness demands pointing out President Trump’s zero-sum belief that trade is win-lose. As I write this essay, President Trump once again escalated the trade war with China; a trade war that has clobbered American farmers and American firms.

Pressfield asks, “Is life really zero-sum? Is this truly the way the world works?” He continues, “The hero doesn’t think so.” Nor, I might add, do economists.

“The zero-sum view of life is that of limited resources,” Pressfield explains. He explains:

Not enough to go around. If you and I want our share (or even simply enough to survive), we must take it from somebody else. However much of the pie we grab, that’s how much less remains for everyone else.

Pressfield adds, “The protagonist in most (but not all, be it said) novels and movies is the character who is capable of a non-zero-sum answer.”

“If the Villain believes in a universe of scarcity,” writes Pressfield, “the Hero believes, if not in a world of abundance, then at least in the possibility of such a world.”

I can’t find a candidate who advocates polices that will increase abundance in the world.

Dee Hock, the legendary founding CEO of Visa, has written, “From no more than dreams, determination, and the liberty to try, quite ordinary people consistently do extraordinary things.”

Where is the candidate who understands that the breathtaking progress of the past few centuries has occurred because of liberty, not the heavy hand of government?

As Pressfield points out, villains see themselves as good guys:

The Villain is not necessarily ‘bad’ or even ‘villainous.’ In the villain’s eyes, he is the Good Guy. He is simply acting and making choices within a universe of monsters. He must therefore become, in the name of Good (or at least self-preservation or the preservation of those dear to him) a monster himself.

Pressfield writes, “The villain wants the same thing at the end of the story as he or she did at the start.” Between now and election day, every Democratic candidate will want to expand government.

“If the villain were capable of change, he’d be the hero,” Pressfield writes.

I’m hoping for a miracle: a candidate willing to become a hero by learning that expanding government is not the way to prosperity.

I’m sure no such hero will emerge. Why? Because when candidates give long-winded speeches justifying their villainous schemes, their minion’s cheer.

How could a non-zero-sum candidate be successful when so many Americans are zealously advocating for the zero-sum schemes of their favorite political champion? If politicians are villains, it’s because many Americans have become villains.

Indeed, the hero is the one who changes. And change must begin with us.