Why Joe Biden Is Winning the Gun-Control Debate 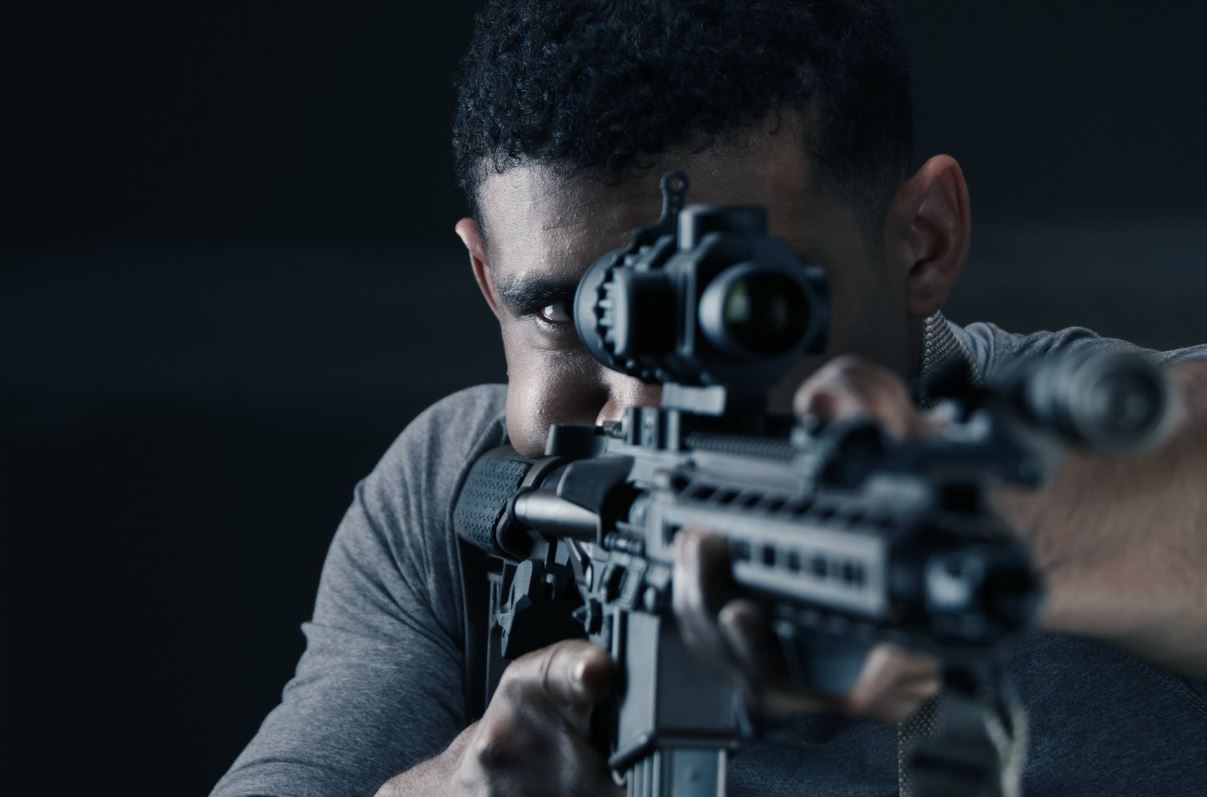 There are two fundamental arguments most commonly made against gun control.

The first one is based on the idea that persons have a fundamental right to self-defense against ordinary criminals. That is, in a world where criminals have access to either legal or illegal weapons, ordinary people ought to be able to arm themselves for purposes of self defense.

The benefits of private gun ownership in this regard can be illustrated in a variety of ways. Mexico’s strict gun-control regime, for instance, ensures ordinary Mexicans are at the mercy of the cartels and ordinary street criminals. Mexico’s astoundingly high homicide rates illustrate the unfortunate reality.

Moreover, within the United States, some of the worst regions for homicides are areas with some of the most strict gun control laws. Baltimore, for example, has a homicide rate ten times that of the United States overall, while the state of Maryland heavily restricts gun ownership.

Studies that assert “more guns means more crime,” meanwhile, have never been able to demonstrate a causal relationship here. Not only is there no reliable data on where exactly all the guns are, but the direction of causality can go either way. We would expect people living in a high crime areas to be more likely to purchase a gun for protection. In other words, the proper conclusion may just as likely be “more crime means more guns.”

The gun-for-self-defense argument is the easier one to make. For the most part, one need only argue that people need to be at least as well armed as ordinary criminals. Shotguns and rifles for home defense, or conceal-carry of handguns, for instance, would arguably be sufficient.1

The other argument for private gun ownership is the argument that weapons ought to be owned by a sizable portion of the population as a defense against an abusive government.

In the current ideological environment, this is the harder argument to make. And, as we shall see, this argument depends heavily on making the case that a standing army controlled by the federal government is a threat to freedom. As it now stands, this argument isn’t exactly popular.

The Origins of the Second Amendment

In the late eighteenth century, however, the idea that a standing army was a grave danger to any society was far more common. The eighteenth-century arguments behind the Second Amendment, of course, were always centered around providing a check on the power of the central government’s military power.  Those arguments go far back beyond the Declaration of Independence at least to the days of the English Civil war. In the 1660s it was agreed that troops were necessary to maintain order, but few trusted the central government with the task. Thus, “a nationwide militia, composed of civilians who would – as in earlier days – be summoned in time of need.”

In practice, this meant the militia members would have access to their own arms, and be skilled in their use. Much was made of the idea that a national standing army, under the command of the central government was a significant danger to the liberties of the resident population. This idea persisted in Britain even into the nineteenth century.

These ideas eventually made their way to the United States where state and local militias were commonly used during the Revolutionary War, and afterward, such as when the Massachusetts Militia was successfully used to put down Shays’ Rebellion. Formal and independent militias – some controlled by cities and states, and some semi-private – continued to exist throughout the nineteenth century. But there was also the “unorganized” militia, which in many state constitutions were defined as “all able-bodied male residents of the State, between the ages of eighteen and forty-five years.” As noted by Jeffrey Rogers Hummel, some militias were successfully employed in defense against Indian raids, and as part of the Invasion force of the Mexican War.

Under-girding the idea of the militia was always the belief that a sizable federal standing army was a threat to American freedoms, and that outside the Navy, military force ought to be decentralized and subject to state and local control.

These militias – once called into service – were usually subject to control by government officials, whether local or at the state level. But it was often assumed that the ranks of the militia would be filled by residents skilled in the use of their own private arms. This also assumed private gun ownership. Moreover, it assumed ownership of arms – and proficiency with them — at the level of a military unit.

So What does This Have to do with the Gun Control Argument Today?

The idea of the militias as a check on standing armies remains important because gun-control advocates are now specifically targeting the defense-against-tyranny argument in their drive to further criminalize gun ownership.

COOPER: So, to gun owners out there who say, well, a Biden administration means they’re going to come for my guns?

BIDEN: Bingo. You’re right if you have an assault weapon. The fact of the matter is, they should be illegal, period. Look, the Second Amendment doesn’t say you can’t restrict the kinds of weapons people can own. You can’t buy a bazooka. You can’t have a flame thrower.

The guys who make these arguments are the people who say the tree of liberty is watered with the blood of patriots, we need the protection against the government. We need an F-15 for that. We need something well beyond whether or not you’re going to have an assault weapon.

Biden is not claiming no gun ownership is to be allowed. Instead, he’s just saying people don’t need guns beyond what’s necessary for personal defense. In his mind, that means it’s practical to eliminate private ownership of so-called “assault weapons.”

The tactic here is clear: Biden is attacking the guns-against-tyranny argument because he knows if he can win on that, he can make a case for abolishing legal ownership of semi-automatic rifles like AR-15s. For now, he won’t bother arguing against the guns-for-self-defense argument. That’s too much trouble.

But when he says guns can’t really fight abusive government, his argument will strike many listeners as quite sensible. Here are the key components:

The conclusion is this: let’s move on form this fantasy about how your AR-15 fights tyranny, and let’s get down to making people safe by getting these “weapons of war” out of the hands of people who will use them to slaughter children.

Meanwhile, very few people are willing to go on CNN and say “yes, I think military grade rifles and armored vehicles with belt-fed machine guns should be perfectly legal to everyone at any time.” Few are willing to say this for good reason. They’d be mocked and dismissed as utterly irrelevant.

The pro-gun-control side also benefits from the fact the U.S. military is incredibly popular, and we are regularly told that all Americans only have any freedom at all because the U.S. military makes it possible. Why would anyone need a gun to shoot at those American heroes?

Rebuilding the Dike: Yes, Standing Armies Are a Problem, and Yes, We Must Decentralize Military Power

Unfortunately, anyone who wants to really defend the guns-against-tyranny argument has his work cut out for him.

For more than a century now, Americans have been told there is no longer any role for any sort of military force that is beyond the direct control of the federal government. In other words, a huge standing federal army is perfectly fine, and we don’t need military hardware – privately owned or otherwise – to defend against them.

This idea was made a legal reality with the Militia Act of 1903. With the new legislation, the federal government created the so-called National Guard which would spell the doom of the unorganized militia in the US, and serve to completely undermine the Second Amendment and its defense of decentralized military power in the U.S.

After 1903, the federalization of the state militias only accelerated until, as historian David Yassky concludes, “Today’s National Guard is thus a far cry from what the Founders’ understood a militia to be” and the result of these changes has brought about “the disappearance of anything the Founders would have recognized as a militia.” Far from acting as a bulwark against abuse of federal power, today’s National Guard is something the authors of the Second Amendment “would have seen as little better than a standing army.”

This change has essentially removed the idea of the unorganized militia from public debate, and has also solidified the notion that all military power in the United States ought to be controlled by generals in Washington, DC. Thus, the idea that anyone outside federally-controlled military units ought to have military-level weapons strikes most as bizarre.

Yes, some vestiges of the old system did persist later than 1903. As late as 1990, it was still possible – at least in theory – for state governors to legally veto deployment of National Guard units ordered by U.S. presidents. But even that independence is gone now.

Historically, however, state governments could – and did – refuse to deploy troops when U.S. Presidents demanded it. But today, the idea that standing armies are a danger – or that local and state militias have a role in defending against them – is profoundly unpopular among policymakers and average voters alike.

So now, if one is going to assert that guns (and other weapons) are needed to protect against tyranny, one has to rebuild the entire Second Amendment edifice: an edifice which is fundamentally opposed to standing armies and which imagines both an organized and unorganized militia outside the control of the central government.

After all, even many people who fancy themselves big defenders of the Second Amendment certainly don’t act like it. Often, the same people who clamor to thank soldiers “for their service” then say with the next breath that guns are necessary to fight against the military’s soldiers. Moreover, the destruction of the militia’s independence was historically cheered by conservatives. It was gun-owning social conservatives who supported legislation like the Montgomery Amendment which put the final nail in the coffin of state-control of National Guard units.2 The bill’s sponsor, conservative Congressman Sonny Montgomery of Mississippi, was never punished by his voters for his assault on the Second Amendment.