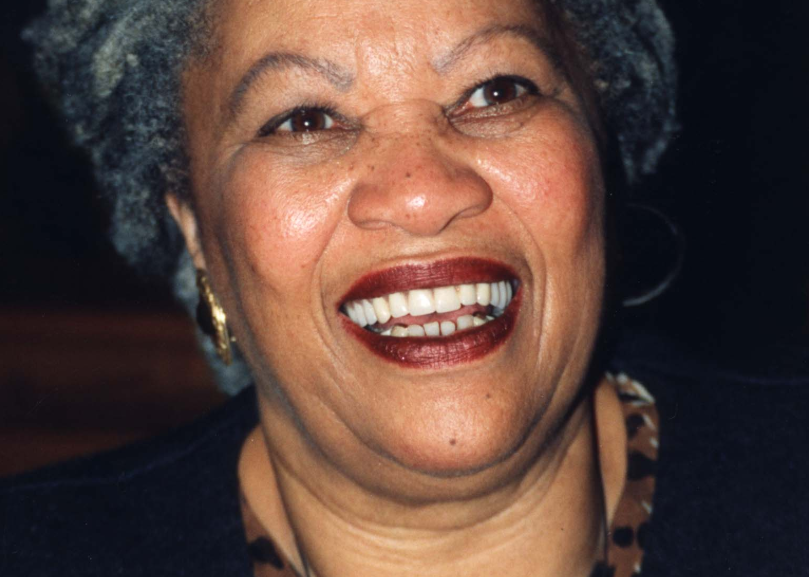 “I am very unexcited to read this book,” I told a classmate of mine as I stared at the copy of Beloved sitting on the table in front of me.

I would describe myself as a book lover, but my fiction quota is relatively low. It’s not that I don’t like fiction. Rather, if I have a few leisurely hours, I tend to gravitate either toward medieval and classical poetry, or non-fiction on whatever topic happens to interest me at the moment. Postmodern novels rarely make their way to the top of my “to-read” pile.

But while reading Toni Morrison’s Beloved was initially akin to pulling teeth, I found it to be an enriching read. News of her recent passing led me to pull her Pulitzer Prize winning novel off my bookshelf last night. As I skimmed, I was reminded why I appreciate this masterpiece. Here are a few reasons:

1. A Difference in Worldview

Morrison’s writings express a worldview that is dramatically different from my own. I disagree with many of the ideas presented as truth in Beloved. But that fact is actually a very good reason to read her books.

Beloved is an example of postmodern literature, and an excellent one, at that. My knee-jerk reaction is to avoid postmodern writing like the plague. But avoiding ideas that we disagree with is a polarizing practice and a sure way to break down civil discourse. If we cannot even manage to read books containing ideas that we disagree with, how will we engage with real people whose ideas differ from our own?

At the same time, my frustration with Morrison’s choice to create characters who speak and act in a manner that reflects a very postmodernist worldview – a move that is highly anachronistic in a book set in the late nineteenth-century – remains.

Beloved is a story that forces the reader to confront the main character’s trauma and fully realize the way that it has affected her. Because of this my initial reaction while reading Beloved was extreme frustration, as well as uneasiness over Morrison’s seemingly overly-sympathetic portrayal of an evil act. This frustration was replaced with an appreciation for Morrison’s interaction with a very difficult topic by the time I reached the end, for Beloved is not a hopeless story, nor does it conclude by presenting Sethe’s actions as good.

When Paul D learns what Sethe did, he is horrified. “More important than what Sethe had done was what she claimed. It scared him,” we are told. Paul D calls out the ownership that Sethe claims over her children – to the point that she believes she has the right to kill them if she decides it is in their best interest – as deeply problematic and horrifying. This scene reframes the story so that it is no longer a justification of Sethe’s actions, but the story of her struggle to move on from the past.

The entire book is a rough journey, but it is a journey worth making. Sethe spends most of the story consumed by her past and inflicting her self-imposed prison on those around her. Paul D, on the other hand, acknowledges the need to move on. “Me and you, we got more yesterday than anybody. We need some kind of tomorrow,” he tells her as the story draws to a close. Paul D recognizes that we cannot live as prisoners to our past – such a life is no life at all. Instead, we all need some kind of tomorrow.

3. The Beauty of Morrison’s Writing

I do not have the skill to do justice to the beauty of Morrison’s writing. Her eloquence alone makes her works well worth the time of any writer, aspiring writer, or even someone who simply wants to become a better reader. We learn language best from those who use language well, and Morrison used language very well. The way that she paints pictures with her words and draws the reader in to what the character is feeling and experiencing is truly remarkable.

All fiction extends an invitation to the reader to look at the world through another set of eyes. Making the most of that opportunity gives us a fuller experience of life and equips us to better engage with those who disagree with us by carefully listening to and evaluating their claims. Morrison’s books offer us the opportunity to do that well, and that is why I am glad that I read Beloved… even though I did not want to.

NOTE TO READERS: The original article misspelled the name of Paul D. We apologize for the error.