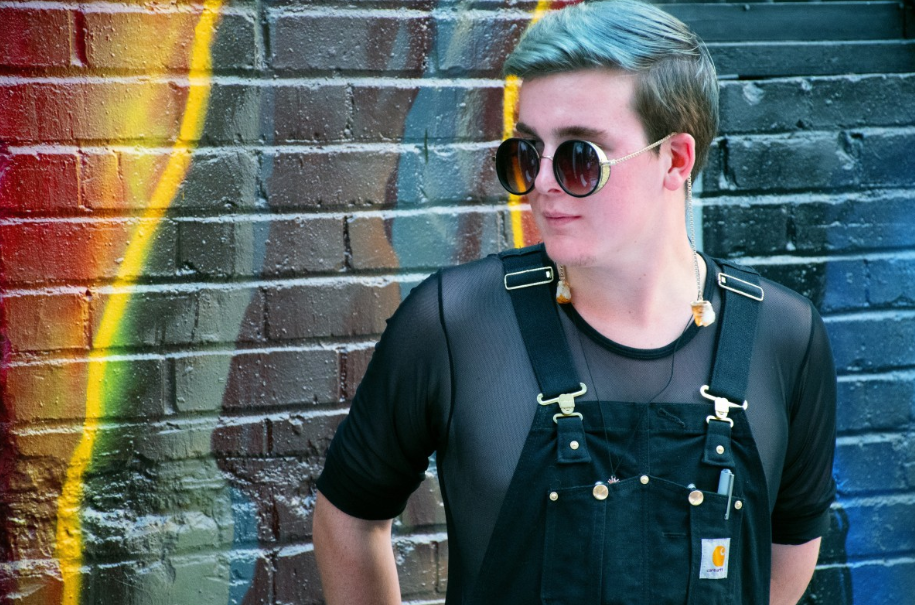 While Vancouver, British Columbia, has been on the front lines of the trans and free speech debates, the recent Pride Parade was a real flashpoint, giving us a clear insight into what we might expect on the U.S. cultural front in the not-so-distant future.

In recent years, Pride has morphed from an LGBTQ-only celebration to one in which corporate and community sponsors want to stake a claim and be visible. It’s just good marketing. The Vancouver Public Library (VPL), a place so inclusive they actually welcome disagreement and discourse, wanted to be part of the parade, as they had been in the past. But Vancouver Pride said no. At issue, of course, is the conflict between the trans agenda and free speech, which has fractured and divided so much of the conversation on the Left.

Before trans took hold, the Left was much more united, and free speech was a cornerstone of that unity. All were in agreement about anti-racism, gay rights, immigration, gun control, health care, and women’s issues. Once the trans wrench was thrown into the works, however, the Left began to split. At issue: many gender critical women who believe that dressing in the stereotypical garb of women does not necessarily redefine a male to female, are often derided and shamed by trans allies and activists. As easy as it may seem to understand that costume and want do not change static reality, the trans ideologues that have taken over the discourse on gender and women’s rights reject that obvious truth.

Tennis legend Martina Navratilova was ejected from her position on an LGBTQ advocacy group because she questioned whether or not male-bodied persons should compete in women’s athletics. Maya Forstater, a senior researcher at the think tank Centre for Global Development, lost her job for saying men aren’t women. The leader of Girl Guides, the U.K.’s answer to the Girl Scouts, was “expelled for objecting to boys who identify as female joining.” Activist Julie Bindelwas attacked for giving a gender critical talk. The experience of detransitioners have been largely ignored.

Journalist and women’s rights activist Meghan Murphy is one of these women. She has been banned on Twitter for misgendering Jessica Yaniv, the notorious trans woman who is litigating before British Columbia’s Human Rights Tribunal demanding that aestheticians who specialize in waxing women wax her private parts as well. Murphy has been protested, mobbed, and deplatformed. She has no qualms about speaking her mind, and while her views on pornography, sex work, and women’s issues used to be de rigeur in the feminist movement, they are now vilified. Murphy was the thorn in the paw of the VPL that caused their exclusion from the Pride Parade. But it was VPL’s dedication to upholding free speech in its community that was the real issue.

Murphy booked a community room at the VPL to give a talk to interested persons. VPL, being a public space, allowed the booking. The library is a natural advocate for free speech. Pride balked. The very act in allowing Murphy to book a room in a public space cause Pride to revoke the library’s inclusion in the parade.

Libraries exist for use by the community, having long since gone beyond books to become collective spaces for all people. That includes those who don’t toe a progressive political ideology. In being banned from Pride, the Library’s right to provide access to their public space came into conflict with their desire to express inclusion. Apparently, according to Pride, the only way to be inclusive is to exclude people Pride doesn’t agree with.

This penchant for exclusion under the guise of inclusion is a huge problem for a Left that was already beginning to buckle under a mentality that often advocates for group rights over the rights of an individual. In dis-including the VPL, LGBTQ activists are broadcasting that group determination on the correctness of trans ideology is more important than free speech rights. The Left used to believe, fundamentally, that nothing was more essential than First Amendment protections. They were out there defending all manner of atrocious speech because that’s what it means to be free.

Even for those who agree with Pride’s stance on trans, this should be a splash of red across the rainbow flag. Under no circumstances is it right to shut down speech. What was once a movement about sexual orientation and equal rights has transformed into an ideological crusade that’s shuts down dissent, punishes and shames any person or organization that dares speak against it, or even facilitate dialogue. This kind of dissent must be possible. If the Left abandons its foundational principles in favor of coerced group think, the culture of liberty and individual rights is at risk.

This fracturing is bound to get worse.  The march toward silencing opposing views has gone further in Canada and the U.K. than it has in the U.S., precisely because we have such strong free speech protections. But as LGBTQ interests increasingly go beyond social media and to the courts, the stakes inevitably get higher. We have an obligation to vouchsafe individuals and our institutions against being branded simply because they defend the bedrock ideals of the Constitution.

This article has been republished with permission from The American Conservative