The Reincarnation of America’s Most Infamous Dead Mall 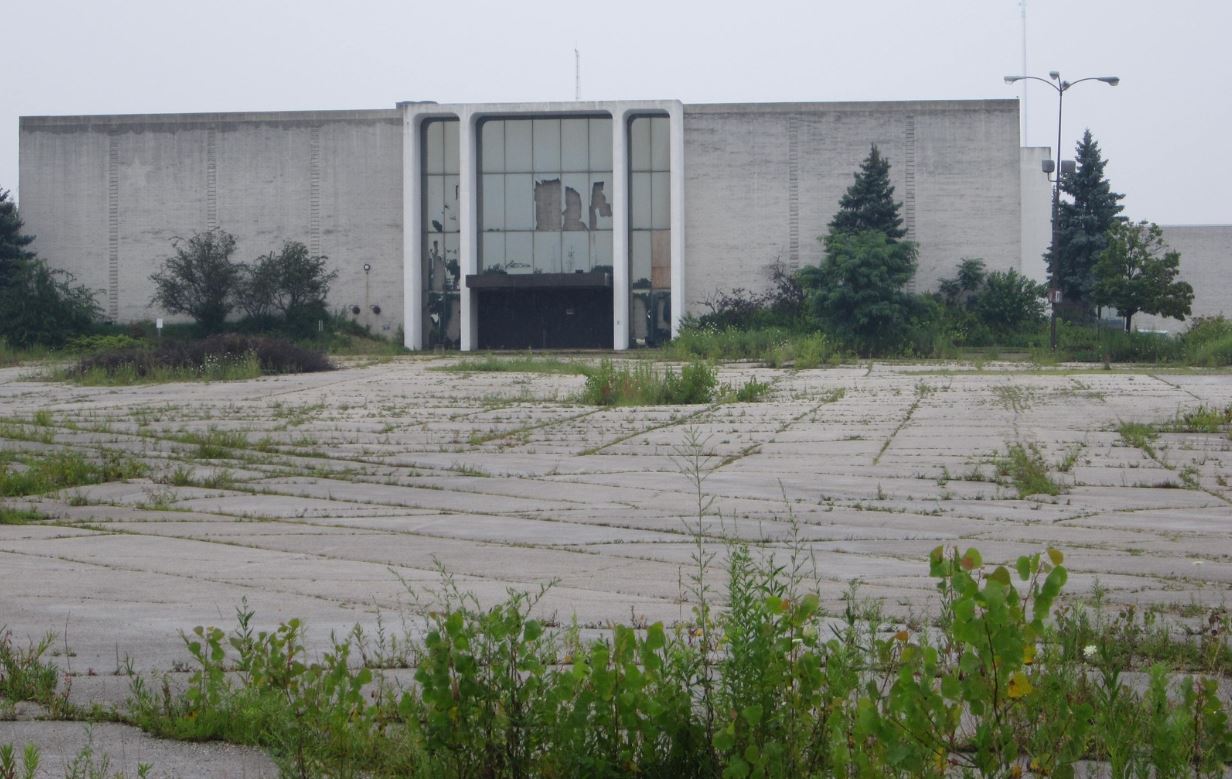 Some of my earliest childhood memories are of going to that mall. The mall had only been there for two years, but to a five year old in 1977, it was as permanent and impressive as the pyramids of Egypt.

The mall was huge: two levels, over one million square feet, four anchor department stores, and 140 individual stores. Our family would go to York Steak House for dinner, buy our clothes at O’Neils, buy hardware at Sears, and purchase hi-fidelity stereophonic sound at Radio Shack.

The mall was a center of community and commerce. In the 1970s and 1980s, a family trip, or a 16-year-old’s solo teenage voyage to the mall, was an iconic all-American experience and a rite of passage.

In the mid-1980s, it would have been inconceivable to think that this still practically brand-new mall’s best days were already behind it.

But by the early-1990s, the mall’s fortunes had begun to rapidly fade. And by the mid-2000s, it was nearly empty. The power was turned off in 2008. Soon afterward, the mall went viral on the internet as the ur-example of retail apocalypse and suburban decline.

The hollowed-out husk of what was once a temple to commerce, familial bonding, and teenage freedom rapidly became a post-apocalyptic casualty of late capitalism and a dangerous nuisance. The mall bounced from one absentee-owned LLC to another. The owner(s) stopped paying property taxes.

A man was killed by electrocution trying to steal copper pipe from the mall. An infamous serial killer dumped the body of one of his victims at the site. Photographers, urban explorers, and curiosity seekers descended upon the ruins, drawn by the site’s fall from grace. (Photographer Seph Lawless’ compelling and haunting images of the mall were captured in his book “Autopsy of America.”)

As is typically the case with such things, this failure of private business ultimately became the problem of the public sector to solve.

After years of corporate irresponsibility, millions of dollars of tax-delinquency, and legal battles between the various absentee owners and Summit County over foreclosure, the City of Akron became the new owner of the remaining flotsam and jetsam from this retail shipwreck.

The city began the expensive task of demolishing the million-square foot behemoth, and embarked upon the hard work of figuring out what to do with this gigantic site.

After a lot of extensive planning and research, and untold hours of discussions and in-depth analysis, Mayor Dan Horrigan, his development-team, and many other partners worked out an agreement with Amazon to purchase the site and construct a new fulfillment center.

What was once the most-infamous dead mall in America, an eyesore, a nuisance, and a place that generated $0 in tax revenue, will now employ over 1,500 people at a minimum of $30,000 per year.

The median household (not individual) income in the census tracts surrounding the former mall is less than $30,000. Between 30 percent and 40 percent of the people in these tracts live below the poverty line.

A derelict site which generated $0 in taxes, and was a huge net liability in every respect, will now generate over $1 million annually in income taxes for the City of Akron, and will employ 1,500 people in a part of the city that desperately needed steady, living-wage jobs.

Is all of this a panacea? Are all of our economic problems solved? Will Amazon’s business model last forever?

Nothing lasts forever, and plenty of challenges remain for America’s cities – particularly here in the Rust Belt.

But there is no possible universe in which the conversion of this wasted and god-forsaken site into an employment center that will pay 1,500 people livable wages, and will become a net tax revenue contributor, is not an unbelievably positive thing for Akron and its people.

When you work in local government, particularly in an older-post-industrial city, and are charged with the daunting task of stabilizing it and turning it around, you become acutely aware of the impermanence of everything. Nothing is static. Everything is evolving. Everything is ultimately in need of renewal, because everything eventually falls apart.

You learn to stop seeing things in the black-and-white and theoretical terms of “good” and “bad.” You begin to understand choices in terms of the way that they actually present themselves in the real world: good/better/best vs. bad/worse/worst. You learn to ignore extremists, trolls, and fanatics and focus on doing what is best for the people of the community that you serve.

If we are ever to overcome the numerous and far larger challenges that face our wonderful but troubled nation, it is imperative that we, too, learn to think this way about our country. We don’t need ideology. We need ideas.

We need to stop listening to the ideologues who want to further divide us with Ex uno plures, and who are incapable of thinking of anyone but themselves and the narrow interests that they serve, and instead choose ourselves to be citizens and leaders who still believe in E pluribus unum, and who are capable of doing what is best for the nation as a whole.