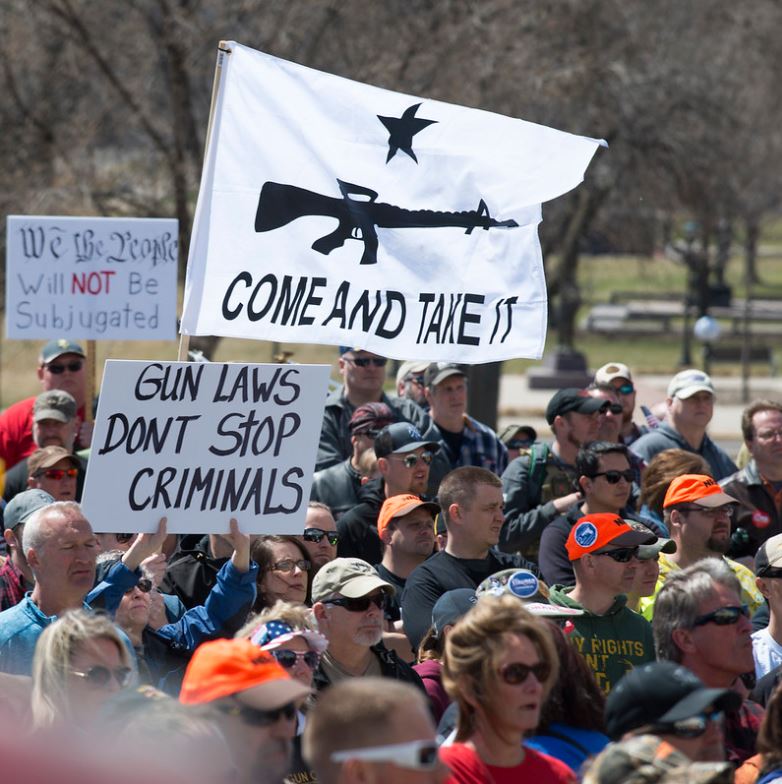 These laws, also called “extreme risk protection orders,” allow courts to issue orders allowing law enforcement to seize firearms from people who’ve committed no crime but are believed to be a danger to themselves or others.

We must make sure that those judged to pose a grave risk to public safety do not have access to firearms and that if they do those firearms can be taken through rapid due process,

Here are seven reasons red flag laws should be opposed, particularly at the federal level.

Most people haven’t heard of red flag laws until recently – if they have at all – but they aren’t new.

Connecticut enacted the nation’s first red flag law in 1999, followed by Indiana (2005). This means social scientists have had decades to analyze the effectiveness of these laws. And what did they find?

“The evidence,” The New York Times recently reported, “for whether extreme risk protection orders work to prevent gun violence is inconclusive, according to a study by the RAND Corporation on the effectiveness of gun safety measures.”

The Washington Post reports that California’s red flag went basically unused for two years after its passage in 2016. Washington, D.C.’s law has gone entirely unused. Other states, such as Florida and Maryland, have gone the other direction, seizing hundreds of firearms from gun-owners. Yet it’s unclear if these actions stopped a shooting.

With additional states passing red flag laws, researchers will soon have much more data to analyze. But before passing expansive federal legislation that infringes on civil liberties, lawmakers should have clear and compelling empirical evidence that red flag laws actually do what they are intended to do.

The Founding Fathers clearly enumerated the powers of the federal government in the Constitution. Among the powers granted in Article I, Section 8 are “the power to coin money, to regulate commerce, to declare war, to raise and maintain armed forces, and to establish a Post Office.”

Regulating firearms is not among the powers listed in the Constitution (though this has not always stopped lawmakers from regulating them). In fact, the document expressly forbids the federal government from doing so, stating in the Second Amendment that “the right of the people to keep and bear Arms, shall not be infringed.”

Unlike the federal government, whose powers, James Madison noted, are “few and defined,” states possess powers that “are numerous and indefinite.”

Indeed, 17 states and the District of Columbia already have red flag laws, and many more states are in the process of adding them. This shows that the people and their representatives are fully capable of passing such laws if they choose. If red flag laws are deemed desirable, this is the appropriate place to pursue such laws, assuming they pass constitutional muster. But do they?

The Constitution mandates that no one shall be “deprived of life, liberty or property without due process of law.”

Seizing the property of individuals who have been convicted of no crime violates this provision. Gun control advocates claim due process is not violated because people whose firearms are taken can appeal to courts to reclaim their property. However, as economist Raheem Williams has observed, “this backward process would imply that the Second Amendment is a privilege, not a right.”

Depriving individuals of a clearly established, constitutionally-guaranteed right in the absence of criminal charges or trial is an affront to civil liberties.

In 2018, two Maryland police officers shot and killed 61-year-old Gary Willis in his own house after waking him at 5:17 a.m. The officers, who were not harmed during the shooting, had been ordered to remove guns from his home under the state’s red flag law, which had gone into effect one month prior to the shooting.

While red flag laws are designed to reduce violence, it’s possible they could do the opposite by creating confrontations between law enforcement and gun owners like Willis, especially as the enforcement of red flag laws expands.

6. It’s Not Just the “Mentally Ill” and Grave Threats Who Are Flagged

In theory, red flag laws are supposed to target individuals who pose a threat to themselves or others. In practice, they can work quite differently.

In a 14-page analysis, the American Civil Liberties Union of Rhode Island explained that few people understand just how expansive the state’s red flag law is.

“It is worth emphasizing that while a seeming urgent need for [the law] derives from recent egregious and deadly mass shootings, [the law’s] reach goes far beyond any efforts to address such extraordinary incidents,” the authors said. “As written, a person could be subject to an extreme risk protective order (ERPO) without ever having committed, or even having threatened to commit, an act of violence with a firearm.”

Though comprehensive information is thin, and laws differ from state to state, anecdotal evidence suggests Rhode Island’s law is not unique. A University of Central Florida student, for example, was hauled into proceedings and received a year-long RPO (risk protection order) for saying “stupid” things on Reddit following a mass shooting, even though the student had no criminal history and didn’t own a firearm. (The student also was falsely portrayed as a “ticking time bomb” by police, Jacub Sullum reports.) Another man, Reason reports, was slapped with an RPO for criticizing teenage gun control activists online and sharing a picture of an AR-15 rifle he had built.

Individuals who find themselves involved in these proceedings often have no clear constitutional right to counsel, civil libertarians point out.

As I’ve previously observed, red flag laws are essentially a form of pre-crime, a theme explored in the 2002 Steven Spielberg movie Minority Report, based on a 1956 Philip K. Dick novel.

I’m not the only writer to make the connection. In an article that appeared in Salon, Travis Dunn linked red flag laws “to the science fiction scenario of The Minority Report, in which precognitive police try to stop crimes before they’re committed.”

If this sounds far-fetched, consider that the president recently called upon social media companies to collaborate with the Department of Justice to catch “red flags” using algorithmic technology.

The idea that governments can prevent crimes before they occur may sound like sci-fi fantasy (which it is), but the threat such ideas pose to civil liberties is quite real.

Compromising civil liberties and property rights to prevent acts of violence that have yet to occur are policies more suited for dystopian thrillers? – and police states? – than a free society.

It’s clear that laws of this magnitude should not be passed as an emotional or political response to an event, even a tragic one.