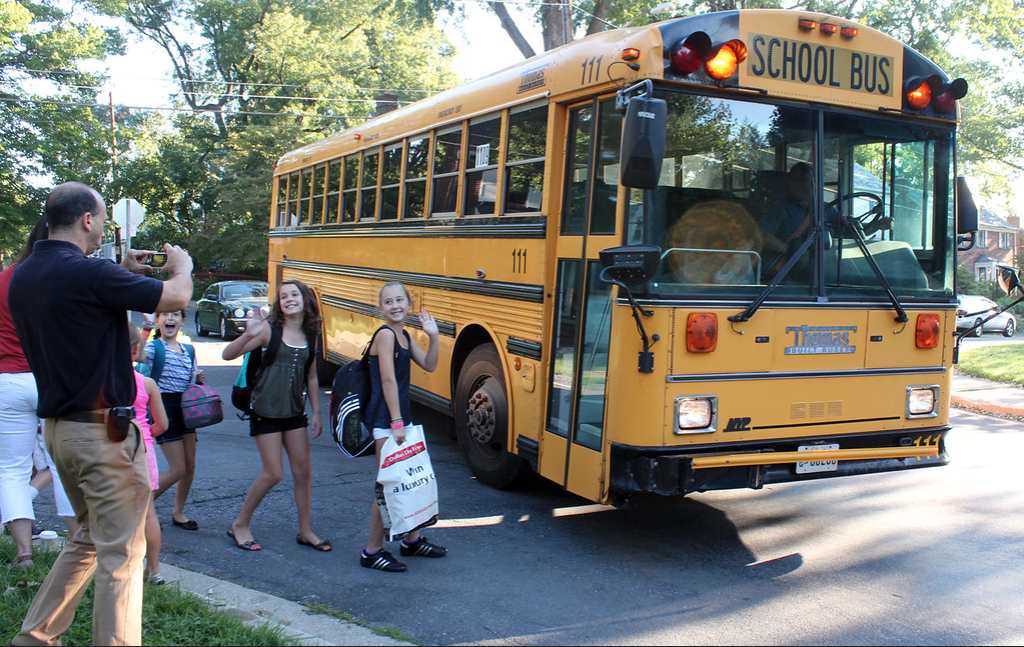 Back-to-school time is upon us. My Instagram feed is starting to fill with first-day photos as a new school year begins this week in some parts of the country. For those of us who homeschool, we often get asked, “So, why did you decide to homeschool?” We respond with various personal and educational reasons, including the top motivator for homeschoolers on national surveys: “concern about the school environment.” What always strikes me, though, is that parents who send their kids to school never get asked this question. When was the last time someone asked a parent, “So, why did you decide to send your child to school?”

Schooling is the default. It’s the societally expected thing to do. It’s also mandated of parents under a legal threat of force, so they may not think much of it. The trouble is that schooling is beginning to take on a much larger role in a child’s life, disconnecting children from family at much earlier ages and for longer portions of a child’s day and year. Even compulsory schooling laws are expanding in many states, to begin at age five and extend to age 18.

I wrote an op-ed about this trend in Tuesday’s Wall Street Journal, arguing that there are benefits to delaying early schooling for most children and potential harms with sending children to school early, such as increased ADHD diagnosis rates. It can be worthwhile to question the default.

In his book Originals: How Non-Conformists Move the World, Wharton Business School professor Adam Grant writes that a hallmark of originals and change-makers is their tendency to question, and often reject, societal defaults. Grant writes:

Justifying the default system serves a soothing function. It’s an emotional painkiller: If the world is supposed to be this way, we don’t need to be dissatisfied with it. But acquiescence also robs us of the moral outrage to stand against injustice and the creative will to consider alternative ways that the world could work. The hallmark of originality is rejecting the default and exploring whether a better option exists. (p. 7)

Better options than compulsory mass schooling do exist, and many more would be created if more parents challenged the default. We should be outraged that schooling has seized so much of childhood and adolescence, particularly when the results of all this schooling are lackluster at best and concerning at worst. We should be outraged that government schools increasingly look like prisons and that students are being schooled for jobs that no longer exist. We should question whether a system in which only one-quarter of high school seniors are proficient in math, and only a bit over one-third of them are proficient readers, should be given greater influence and authority over young people’s lives. We should really wonder if it makes sense to place our children in this swelling system, whether they are toddlers or teens. Surely, we should “consider alternative ways that the world could work.”

What are these alternative ways? Jessica Koehler has a great article this month at Psychology Today where she lists some of these alternatives and also explains her own journey of shifting from schooling to homeschooling for her children. In addition to homeschooling/unschooling, parents can delay preschool and kindergarten, explore various co-ops and learning centers, take advantage of one of the many micro-schools that are sprouting nationwide, and explore alternative programs for teens, like community college enrollment, travel, or apprenticeships. Or they can build their own alternative to school with other like-minded parents. Other options are virtual learning programs, including public ones, and nearby public charter schools or private schools that can sometimes offer flexible learning and attendance options.

Questioning the schooling default, and acting upon that doubt, can be difficult. It is much easier to put a child on a school bus and be just like everyone else. It is easier to go along. But it may not be better—for you, your child, or the world you could help to create. As Adam Grant says, it’s the non-conformists who move the world. These originals are the ones who question the status quo, refuse to tolerate discontent, and imagine new possibilities. Grant writes:

Ultimately, the people who choose to champion originality are the ones who propel us forward….They feel the same fear, the same doubt, as the rest of us. What sets them apart is that they take action anyway. (p. 28)

We all care deeply about educating children to be literate, competent, inventive, compassionate, and thoughtful. It’s time we question if compulsory mass schooling really has the ability to facilitate these outcomes, for our children and others, or whether alternatives to school might do the job better. It’s time to challenge defaults.

This article was republished from the Foundation for Economic Education.