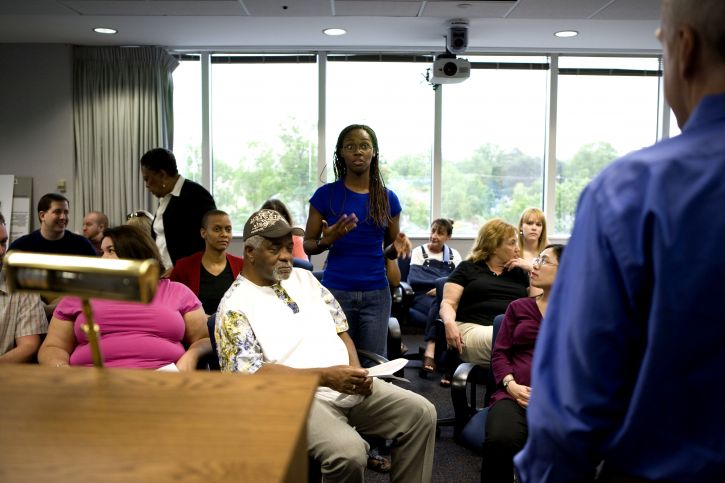 The other day, I was outside the coffee shop that serves as my second home. In the parking lot across the street a 30-something dad was helping his daughter, three or four years old, out of the car. She said something to him I couldn’t hear, and her dad replied, “Meagan, do you realize you have already asked me 7500 questions today, and you’ve only been awake three hours?”

The dad glanced at me, and we both burst out laughing.

Out of the mouths of babes. I think Meagan may be on to something.

Americans of all political persuasions need to be asking more questions of those who claim to lead them or teach them.

Consider the 10-year cost estimates for some of the major plans that most, if not all, of the potential 2020 nominees have already embraced: Medicare for All, otherwise known as socialized medicine, is $32.6 trillion. The Green New Deal, also known as coercive environmental socialism, is $93 trillion. Universal basic income, in which people would become paid wards of the state, is $38 trillion. Slavery reparations would cost $14 trillion, but once that Pandora’s box is opened, where do you actually draw the line and decide who would get money and why? As for erasing college debt and free college, that’s about $2.4 trillion in the first decade – which counts as ‘modest’ in this context.

Given the cost overruns typically associated with government programs, we might expect the price tags of these projects to soar above these estimates.

With an election season coming up, now’s the time to hit our politicians with some questions.

Let’s ask them how they propose to fund these programs other than by printing more money, which leads to destructive inflation.

If they answer yes to the first two questions, or no to the last, then let’s ask them why they favor open borders.

Let’s ask them questions about the oath of office administered to all members of Congress:

I do solemnly swear (or affirm) that I will support and defend the Constitution of the United States against all enemies, foreign and domestic; that I will bear true faith and allegiance to the same; that I take this obligation freely, without any mental reservation or purpose of evasion; and that I will well and faithfully discharge the duties of the office on which I am about to enter: So help me God.

They swore to support and defend the Constitution. So let’s find out what they know. Can they give us some rendering of the First, Second, Third, and Fourth Amendments to that Constitution? Can they tell us the duties and responsibilities of Congress as designated in the Constitution? Let’s ask them whether they are performing those duties.

Let’s ask them in what ways they are connected to ordinary Americans. When was the last time they spent a night in a Motel 6? When was the last meal they ate in a fast food restaurant? When did they last race to the bank to deposit a paycheck to prevent overdrawn charges on their account?

We need not restrict our questions to our politicians. Some Americans these days, particularly professors and young people, many of whom have fallen under the influence of their teachers, have declared themselves socialists. In “How to Confront and Cross-Examine Incompetent Marxist Educators,” Professor Mike Adams gives students and the rest of us the tactics advocated here: Ask them questions.

As Adams says, and as I have written elsewhere, when some professor or anyone claiming to be a socialist tells us that “communism isn’t all that bad,” ask them what the 65 million Chinese killed by communists might think of that pronouncement. Ask them if the 20 million Russians killed by the Soviets would agree. Ask them about Venezuela, Cuba, North Korea, and other dictatorships as to why no one is beating down the doors to get into those countries. Ask them how the guy working in the garage down the street would benefit from socialism.

We should ask these questions calmly, looking for real answers. We can ask them in person or through emails and letters. If we frame them as valid inquiries, if we are seeking truth, we may not change minds, but we just might cause someone to think. Maybe even our progressive aunt might pause before melting down at our family barbeque.