Why Didn’t the Founders Abolish Slavery? 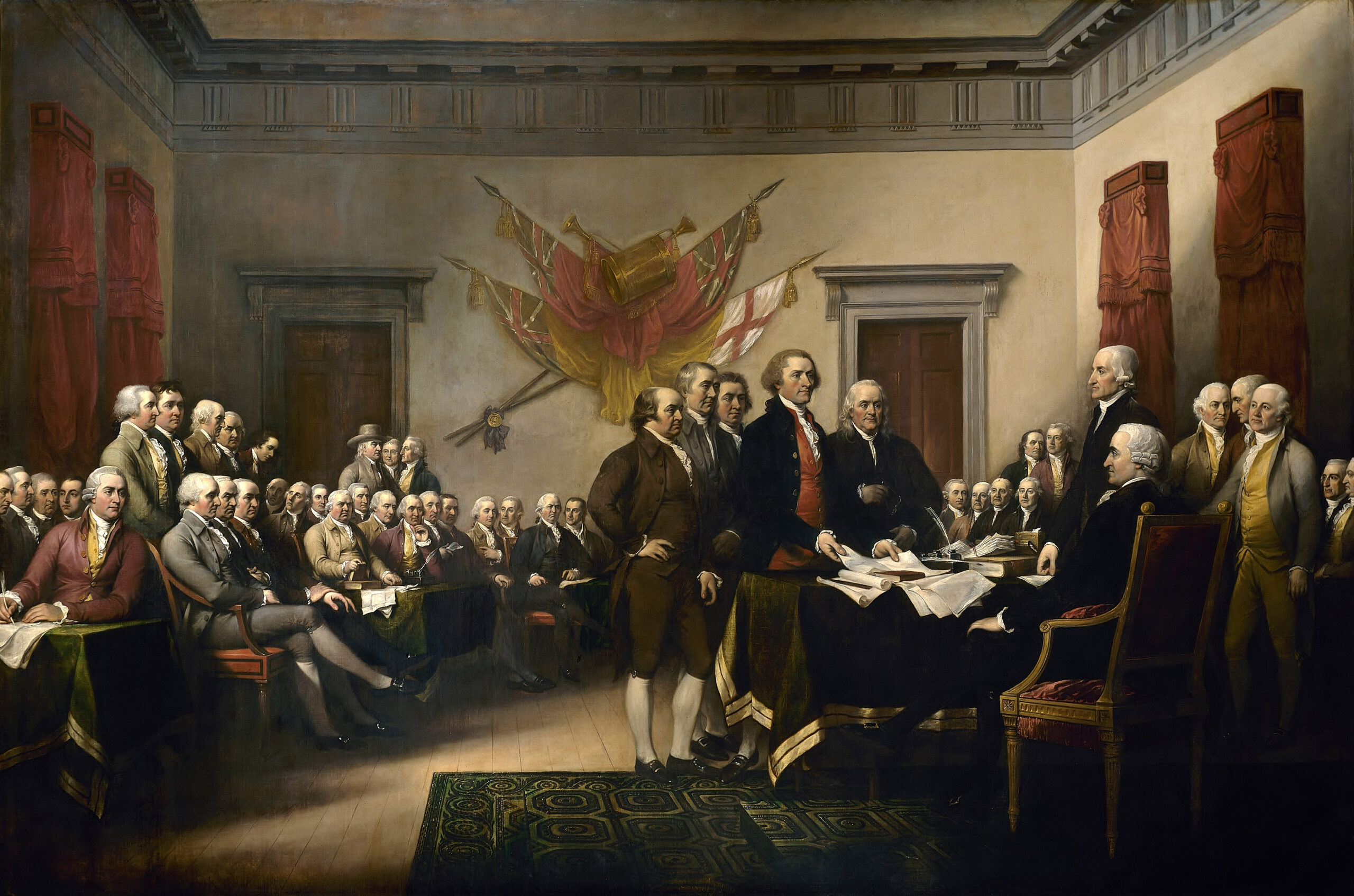 Reparations for slavery have reemerged as a hotbed issue in the 2020 election, raising the question of why the Founding Fathers did not abolish slavery when starting their new country.

Many of the Founders – including George Washington, Benjamin Franklin, and Alexander Hamilton – opposed the practice. They denounced slavery in the original draft of the Declaration of Independence and banned it in the Northwest Ordinance of 1787. This raises the question: If they opposed slavery, then why did it persist in the U.S. until 1865?

Here are four reasons taken from their own writings during the founding period:

1. They Didn’t Think They Could Make Radical Change Overnight

John Jay, in his 1788 letter to the English Anti-Slavery Society, writes:

Yet it is not easy to persuade men in general to act on [a] magnanimous and disinterested principle. It is well known that errors, either in opinion or practice, long entertained or indulged, are difficult to eradicate, and particularly so when they have become, as it were, incorporated in the civil institutions and domestic economy of a whole people.

In essence, Jay recalls the long and tragic history of slavery in the colonies and suggests that something so entrenched in a society will only sow more chaos if eradicated with the snap of a finger. Many people depended on slavery for their livelihoods, so, in the eyes of the Founders, stripping it would doubtless foment another uprising in the wake of a country already recovering from a taxing war.

2. They Feared a Slave Rebellion

The time surrounding the American founding saw several slave uprisings. One of these was the Haitian revolution of 1791 – an uprising of Haitian slaves which lasted fourteen years and overthrew French rule of the colony. America’s proximity to Haiti caused the Founders to tremble at the thought of liberating their slaves. Thomas Jefferson, in his letter to John Holmes, likened the Americans’ slave situation to holding a wolf by its ears: “[W]e can neither hold him, nor safely let him go. Justice is in one scale, and self-preservation in the other.”

Hence, the Founders were in a dilemma. If the slaveholders continued to enslave humans, then they would hold people “[who are] on par with [them]selves” as property. But they feared emancipated slaves, whom, with their new freedom and access to firearms, would violently retaliate to recompense the torture they and their ancestors endured.

3. They Wanted the United States to Remain United

The two principal advocates for the slave trade were Georgia and South Carolina, both of whom deemed slavery vital to their state economies. They so valued the practice, they announced their intention to split from the other states if the new Constitution banned slavery. The Founders feared that a divided America would transform the United States into a miniature Europe – a conflict-ridden cluster of sovereign nations wedged on the same continent. Thus, as Jay wrote, “the importance of union rendered it necessary” that South Carolina and Georgia’s “local interests… and local prejudices… should, in some degree, be gratified.” Wanting to distance themselves from European militancy, the Founders thought it expedient to tolerate slavery rather than fight another war on American soil.

4. They Thought Opposition Would Grow Organically, Not Coercively

The Founders implemented some measures that would quell slavery’s spread, perhaps most notably Article VI of the Northwest Ordinance of 1787, which banned slavery in the Northwest Territory and all its eventual states. This text would later become the template for the 13th Amendment.

Following the establishment of the new nation, the Founders continued to pass anti-slavery legislation, including the Slave Trade Acts of 1794 and 1800 and the Act Prohibiting the Importation of Slaves, the latter signed by President Jefferson in 1808. Jefferson thought these measures had an immediate impact, noting, “The spirit of the master is abating, that of the slave rising from the dust, his condition mollifying, the way I hope preparing, under the auspices of heaven, for a total emancipation.”

The Founders thought that the policies they implemented would suffocate slavery’s spread, and coupled with the younger generation’s voracious absorbance of “the principles of liberty,” would create an environment in which slavery’s extinction would be inevitable.

Unfortunately, it took much longer than one generation for the United States to cure itself of slavery. Putting ourselves in the Founders’ shoes, is it possible to say their reasons are convincing? And should these insights influence the reparations debate now underway in the United States?