Why Did Cries for Impeachment Suddenly Go Silent? 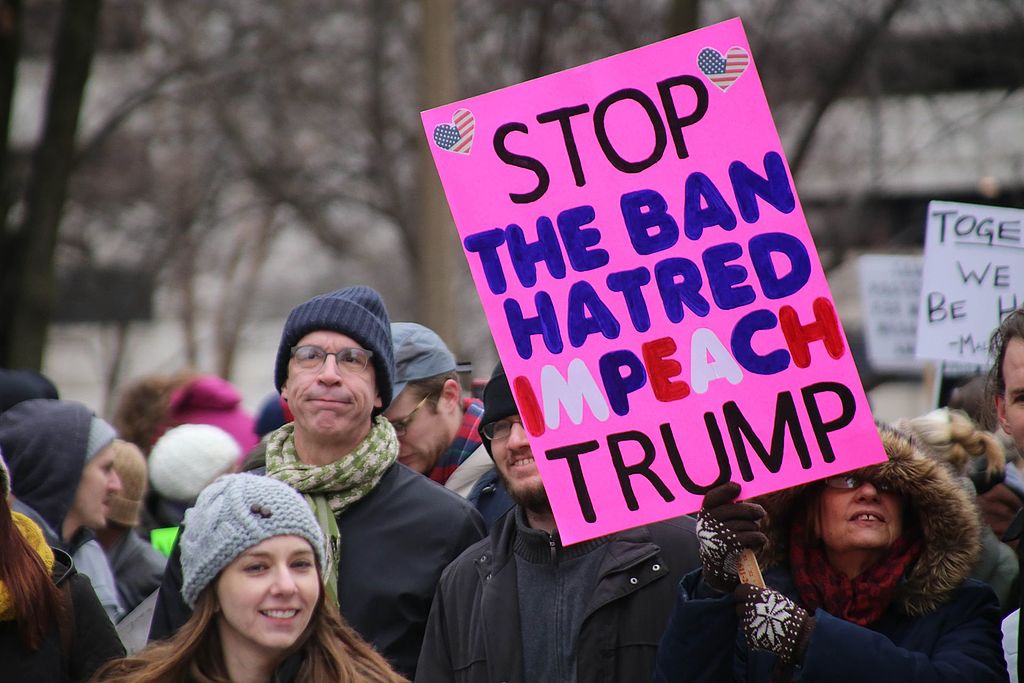 From the moment Donald Trump raised his right hand and took the oath of office for the presidency, Democrats in Congress, Never-Trumpers, many in the media, and various groups of private citizens have sought his impeachment.

Daily have I come online to the various news sites I frequent and find some member of Congress or some editorial writer calling for the head of Donald Trump. Here in Front Royal, Virginia, a small group of citizens, many of them in the upper age bracket, have gathered every Wednesday at the gazebo in the town square to wave placards demanding that Trump be forced out of office.

The rancor of these people stems in large part from Hilary Clinton’s shocking defeat at the hands of a man they regard as a buffoon. Possessing no evidence to justify impeachment, they have instead followed the maxim of Lavrentiy Pavlovich Beria, the infamous head of Stalin’s secret police: “Show me the man, and I’ll show you the crime.” They were certain that if they just kept digging they would find the dirt on Donald Trump.

And now, for the past ten days or so, silence.

The headlines about impeachment that popped up with the regularity of my morning coffee have disappeared. Those shrieking for the removal of President Trump from the Oval Office have fallen silent. The editorials demanding the president be brought to trial have gone missing. This week, the protesters who grouped themselves around the gazebo are nowhere to be seen.

For the entirety of this presidency, we’ve been told that the sitting president of the United States was a Nazi and a fascist, a budding dictator, a far right-wing bandito out to destroy America, a racist, a misogynist. Before the 2018 campaign, some Democratic candidates for Congress swore they would impeach Donald Trump and end his reign of terror.

Yet here we are, almost a year past that election, and Donald Trump is still the chief executive officer of the United States of America. If, as some have contended, he is guilty of “Treason, Bribery, or other high Crimes and Misdemeanors,” as stated in the Constitution, then is the House not derelict in its duty by its failure to vote on impeachment?

Or has something changed?

Could it be that President Trump has undergone some sort of alteration? No. He is as usual: brash, sometimes abrasive, moving ahead in his agenda.

Could it be that the Democrats and the media have reversed course, seeing the positive side of President Trump and his administration, appreciating his abilities in handling the economy and foreign affairs?

Whatever your political party, you probably smiled reading that question. His enemies continue to pound away on Trump, only now they leave the word impeachment out of the fight.

Or could it be that the Democrats and their allies in the press wised up to the fact that if they should impeach Trump, then the American people – the ones who voted for him and others who are sick of Capitol Hill’s political gamesmanship – might turn on them in the upcoming elections? Is that why they have stilled their voices?

It seems the likeliest of possibilities.

Whatever the case, all those who have clamored for impeachment and who now have quietly abandoned the idea should be branded as either traitors or political opportunists. If they sincerely believed Trump guilty of misconduct as president, then their patriotic duty would demand that they begin impeachment proceedings, regardless of a forthcoming election.

If on the other hand they were bandying about impeachment in a frivolous way, seeking votes or simply attempting by any means possible to undermine the work of the president, then we should regard them as grandstanding clowns who have no real interest in real governance.

After all the months of hullaballoo about taking down the president, the silence of these critics speaks volumes about their true intentions.