When Government Fails, Communities Take Care of Themselves 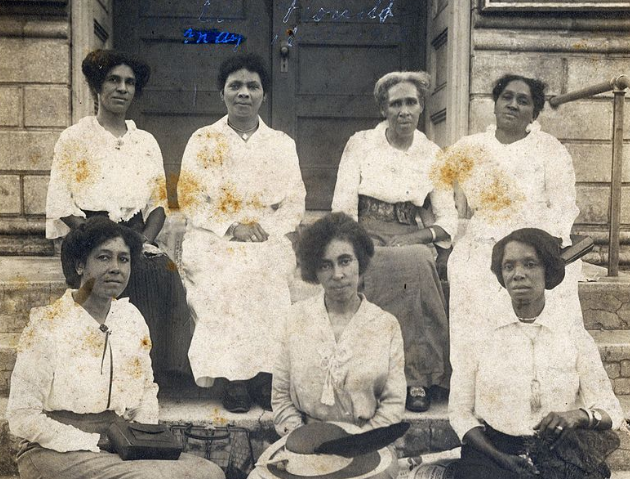 In the early 1900s, many states began offering “mother’s pensions” to provide for single mothers and their families. Local prejudiced administrators commonly used vague regulations to deny African American mothers’ requests for support. Without a second income few black mothers could feed their families. Having to work the long hours of the jobs available to most African Americans during the Jim Crow era, these mothers found it difficult to care for and look after their children.

Without state aid, these mothers relied on both private charities and help within their communities for support. For example, the National Association of Colored Women (now the National Association of Colored Women’s Clubs) arose and made it part of its mission to support disadvantaged black mothers in the early 1900s. Local chapters ran day care nurseries, settlement houses, young-mother self-help meetings, and a slew of other social services that gave single black mothers support and a path to prosperity.

In 1912 the National Association of Colored Women not only relieved some of the difficulties of motherhood for young black women, but also offered them opportunities for upward mobility through a national scholarship fund. It also raised funds for and donated money to vocational schools women could use to sharpen their technical skills. Giving them an upper hand allowed them to escape menial jobs and gave them a better chance at leaving poverty.

The supposedly “progressive” New Deal continued this sad history of government exclusion. Programs such as the Tennessee Valley Authority promised to hire millions out of work. Unsurprisingly, some local managers in the Tennessee Valley Authority were racist and barred African Americans from working for them even though the director of the program encouraged employment of black citizens. Such exclusion was common in the Civilian Conservation Corps as well, where African Americans were also underrepresented.

African Americans ignored by the state again turned to their neighbors and set up mutual aid organizations. These often manifested in the popular forms of fraternal orders. Orders usually offered employment opportunities and job training to those in need while stressing that members must commit to values of frugality and self-sufficiency. Fraternal orders gave young African Americans the career skills and reliable paycheck that government work programs falsely promised them.

The Independent Order of Saint Luke, a prominent African American fraternal order, consisted of a wide network that reached over 100,000 African Americans across 24 states. Individuals were provided with employment opportunities through other members in their local chapters and also through the orders’ lucrative enterprises including the Saint Luke Press, the Saint Luke Herald, the Saint Luke Emporium department store, and the Saint Luke Penny Savings Banks. Members did not have to suffer the discrimination of government work programs, but rather could thrive in a community that supported and empowered them.

Into the ’50s and ’60s, African Americans faced further discriminatory stipulations created to bar them from receiving welfare such as New York City’s “man in the house” regulations. Agents would “randomly” select houses and pay them visits to search for evidence of a male’s presence; if found they would rescind benefits. Of course a high proportion of these raids were in African American homes.

In 1960 the Deliverance Church was formed, headed by Pastor Benjamin Smith, who wanted to run a congregation “that worshiped God and served the total needs of the community.” For over 40 years Deliverance offered clothing, food provisions, and shelter to all those in need in one of the poorest black neighborhoods in Philadelphia. Deliverance still operates today and provides several social services such as a special education program. As the federal government has refused to offer much-needed aid to struggling African American families, their churches have consistently been able to support them instead.

In the absence of government aid supposedly guaranteed to these citizens, communities demonstrated their resilience. Observing the private community-centered structures that arose from their need to take care of each other calls into question the idea that government is the most reliable or effective means to address poverty. A system without prejudice but more focused on strengthening community structures could be a step forward for struggling Americans of any background.