What If Charity Replaced Taxation? 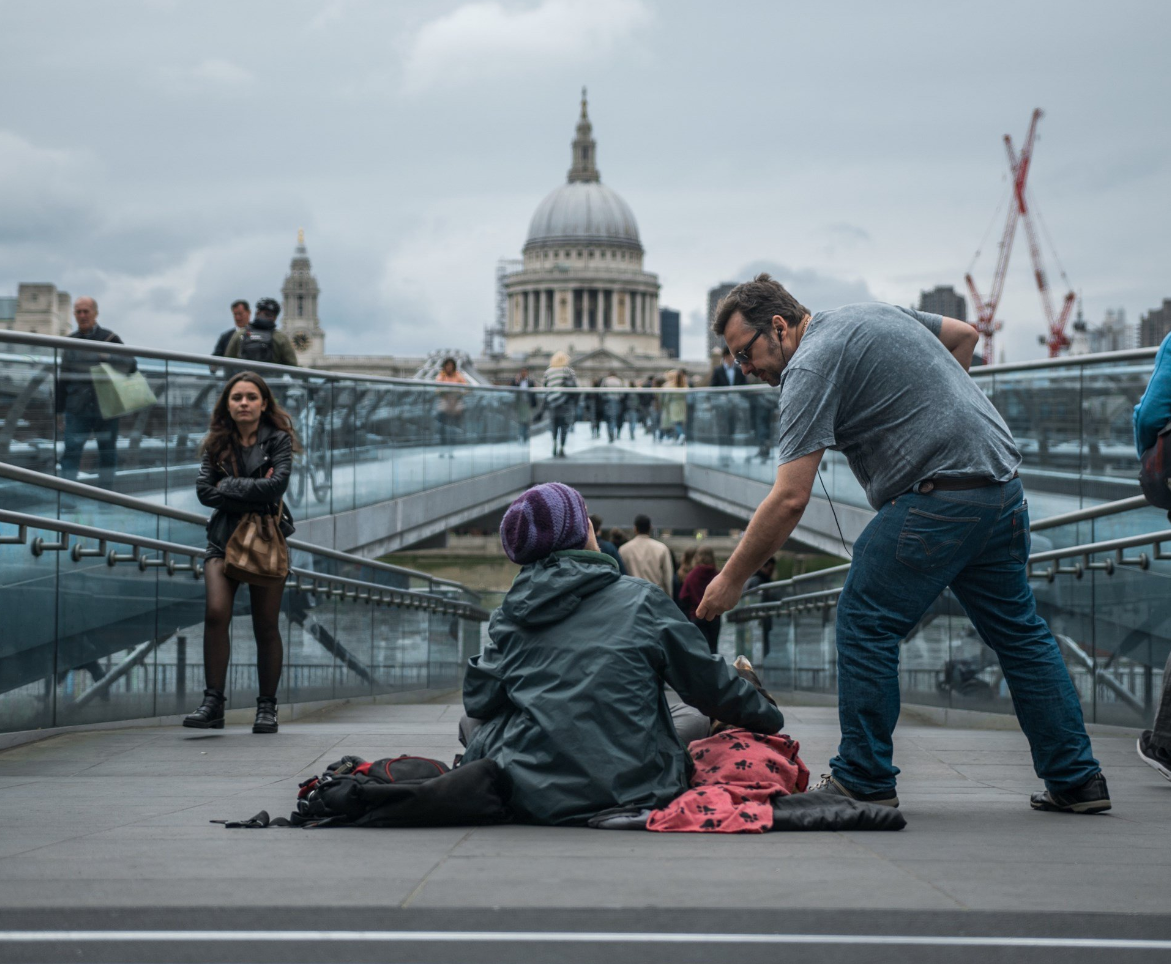 Health care. Education. Among others, these goods have been considered so important that most current governments make a huge effort to provide them to people with inadequate incomes. Surely, it would be crazy to deny how important these goods are.

In a 2016 survey conducted by Indiana University-Purdue University Indianapolis (IUPUI) titled “The 2016 US Trust Study of High Net Worth Philanthropy, individuals were asked to select the public policy issues that mattered most to them. The top two issues were precisely health care (29 percent) and education (28 percent).” We will set here an audacious premise: Private entities sponsored by charity are normally more effective than public entities.

However, is publicization through state activity the only or best way to provide those services to the poor? Do we have alternatives? How about charity? Couldn’t charity replace taxation? It could—and with solid advantages.

There are four main reasons why this is the case: moral, political, financial, and psychological.

Let Us Start with a Moral Plea

Are taxes so different from charity? Well, pulling out our wallet to donate money to a non-government organization (responsible for offering health or education) is different than opening our pockets for the revenue guys who threaten us: “If you don’t pay your taxes, you will end up in prison!” We have here a strong moral difference between a forced act and a voluntary act: taxation is coercion, while charity is benevolence.

In fact, rich countries that adhere to a welfare state model and (of course) high taxation are not the most generous ones. According to rankings from the Organization for Economic Cooperation and Development (OECD), France has the highest tax-to-GDP ratio in the world (46.2 percent), followed by Denmark (46 percent) and Belgium (44.6 percent).

When we check the Charities Aid Foundation (CAF) World Giving Index, France is 72nd on the list of generosity, Denmark is 24th, and Belgium is 39th. On the other hand, Ireland’s tax-to-GDP ratio is 22.8 percent, and the United States is 27.1 percent. Ireland is fifth on the CAF World Giving Index, and the United States is fourth. Interesting, isn’t it?

Next, We Can Wield a Political Plea

There is an enormous risk in allowing the expansion of the state’s forces, even when we are talking about areas as important as health care and education.

Public education opens a highway to the imposition of cultural hegemony through indoctrination. If education is provided by several independent entities (sponsored by charity), it is harder to control it. But when education is centralized in the state’s hands (afforded by taxes), it easily becomes an ideological apparatus, making the dreams of Antonio Gramsci and Louis Althusser come true.

Once public forces take the responsibility for providing health care, life is made subject to explicit calculations of state power, featuring what Michel Foucault and Giorgio Agamben called biopower or biopolitics: Life itself becomes an object of concern for power. As a result, individuals see the demise of any boundaries against public intervention in their lives. The government gains the power to tell us what to eat and drink, how to ride or drive, what we can do or not, and more.

It Takes Us to a Financial Plea

We will set here an audacious premise: Private entities sponsored by charity are normally more effective (they are cheaper or have a better cost-benefit profile) than public entities. They can do the same with fewer resources.

For example, in Brazil, we have public and private universities. Research shows that a student in a Brazilian private university costs 60 percent less than in a public university. Maybe poor countries could do more with less money if they invested in the private sector and thought about how to promote charity instead of relying only on public services and taxation.

Perhaps if the government demanded less (coercively), people would give more voluntarily.

Considering this—rich people would give more money and we can do more with less (investing the money donated in the private sector)—why can’t we believe charity is a financially feasible alternative? As a famous politician’s slogan goes: Yes, we can!

Last (But Not Least), a Psychological Plea

Several social psychologists, among them Elizabeth Dunn, argue that people who give money to charity are happier than those who don’t. And we can see the benefits of giving spike when people feel a real sense of connection to those they are helping and can easily envision the difference they are making in those individuals’ lives.

For example, UNICEF is such a big, broad charity (doesn’t it resemble the state?) that it can be hard to realize how our small donation will make a difference. What’s the matter? The emotional return on investment is eliminated when people give money to UNICEF (imagine what happens when we “give” the money to the state). This suggests that just giving money to a worthwhile charity (or to the Leviathan) isn’t enough. We need to be able to envision how exactly our money is going to make a difference.

The IUPUI survey confirms this statement. Discussing the motivations for charitable giving, donors provided three main reasons: (1) they believed in the mission of the organization (54 percent); (2) they believed their gift could make a difference (44 percent); (3) for personal satisfaction, enjoyment, or fulfillment (38 percent).

Furthermore, the study showed that people have the most confidence in individuals (87 percent reported either “some” or “a great deal”) and nonprofit organizations (86 percent reported “some” or “a great deal”) to solve societal or global problems. Sizeable proportions of interviewers held “hardly any” confidence in the legislative branch (58 percent), the executive branch (46 percent), and state or local governments (41 percent).

One could say we need to find a way to show the results of tax collection and make the state better at providing public services (in a cost-benefit analysis). Well, even with these improvements, what about the moral plea? Will we keep acting by force? And if one thinks people pay taxes voluntarily, what about the political plea? Will we keep making room for interventionism? Even though taxes defenders refuse to admit it, these questions remain without satisfactory answers.

At the End of the Day…

We use to think about helping others as something everybody must do. And it is. But while we think about that as a legal obligation (materialized into taxes), we will remain unable to create meaningful connections between individuals and, therefore, unable to deal with challenges that today seem to be overwhelming, such as how to provide healthcare and education in poor countries.

If we want to do more and better, we must stop seeing the state (and taxation) as the only means of doing things in society.