Three Myths About Prohibition and Why It Actually Worked 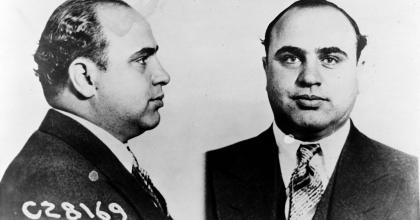 The reputation of Al Capone and the typical American aversion toward big government cloud our understanding of the history of Prohibition. According to an article published last week in Vox, Prohibition worked much better than most people think.

A reevaluation of Prohibition is very relevant for our time. Americans across the country are voting to de-criminalize substances like marijuana, which is now legal in 10 states. Recently, the city of Oakland, California followed Denver, Colorado in becoming the second city in the United States to decriminalize hallucinogenic mushrooms.

Recalling what they think they know about the allegedly dark, puritanical era of prohibition, Americans quickly convince themselves that banning recreational drugs is inexpedient and tyrannically moralistic. But do historical facts and statistics actually refute this belief? Perhaps.

Here are three beliefs about Prohibition era that historical evidence calls into question:

No, it did not. The 18th Amendment only banned the commercial manufacture and distribution of alcoholic beverages. In other words, even if the 18th Amendment remained in effect today, your uncle who recently got into home-brewing could brew as much Lutheran Lemonade as he desired.

The point is, controlling a substance doesn’t necessarily mean breaking down doors and searching homes for illicit substances. Reasonable restrictions are possible without infringing on privacy.

It certainly did. Medical statistics and police reports point to a substantial decline in drinking. According to the New York Times, deaths caused by liver-failure among men decreased from “29.5 per 100,000 1911″ to “10.7 in 1929.” The New York Times goes on to say that alcohol-related mental health issues “declined from 10.1 per 100,000 in 1919 to 4.7 in 1928.” Arrests relating to alcohol also experienced dramatic decline over a similar time frame.

No, they did not. Tommy-gun sporting mobsters make for great gangster flicks, but their impact on the overall American crime rate was negligible. As the New York Times explains, violent crime rates rose from 1900 to 1910, “but remained roughly constant during Prohibition’s 14 year rule,” a fact seen in the chart below.

Black markets are elusive but they are not omnipotent. When properly equipped and trained police forces can control illicit substances.

What then should a government do when criminalization leads to a black market? Why not just criminalize the black market as well and enforce the law?

I saw this play out in my freshman year of high school. Throughout the year I frequently witnessed drug deals take place in the men’s bathrooms. School administrators eliminated this problem by expelling those involved and sending them to an alternative public high school reserved for high-maintenance students. Thus the school authorities eliminated the black market by physically removing the offenders – a common sense solution.

Prohibition teaches some relevant lessons about how criminalizing drugs works in practice. Today many use myths concerning Prohibition to argue that keeping marijuana criminalized won’t work but a look at the statistics the history and the text of 18th Amendment itself shows that drugs can be effectively suppressed by reasonable laws.