The Chinese Communist Party and Their Brave New World 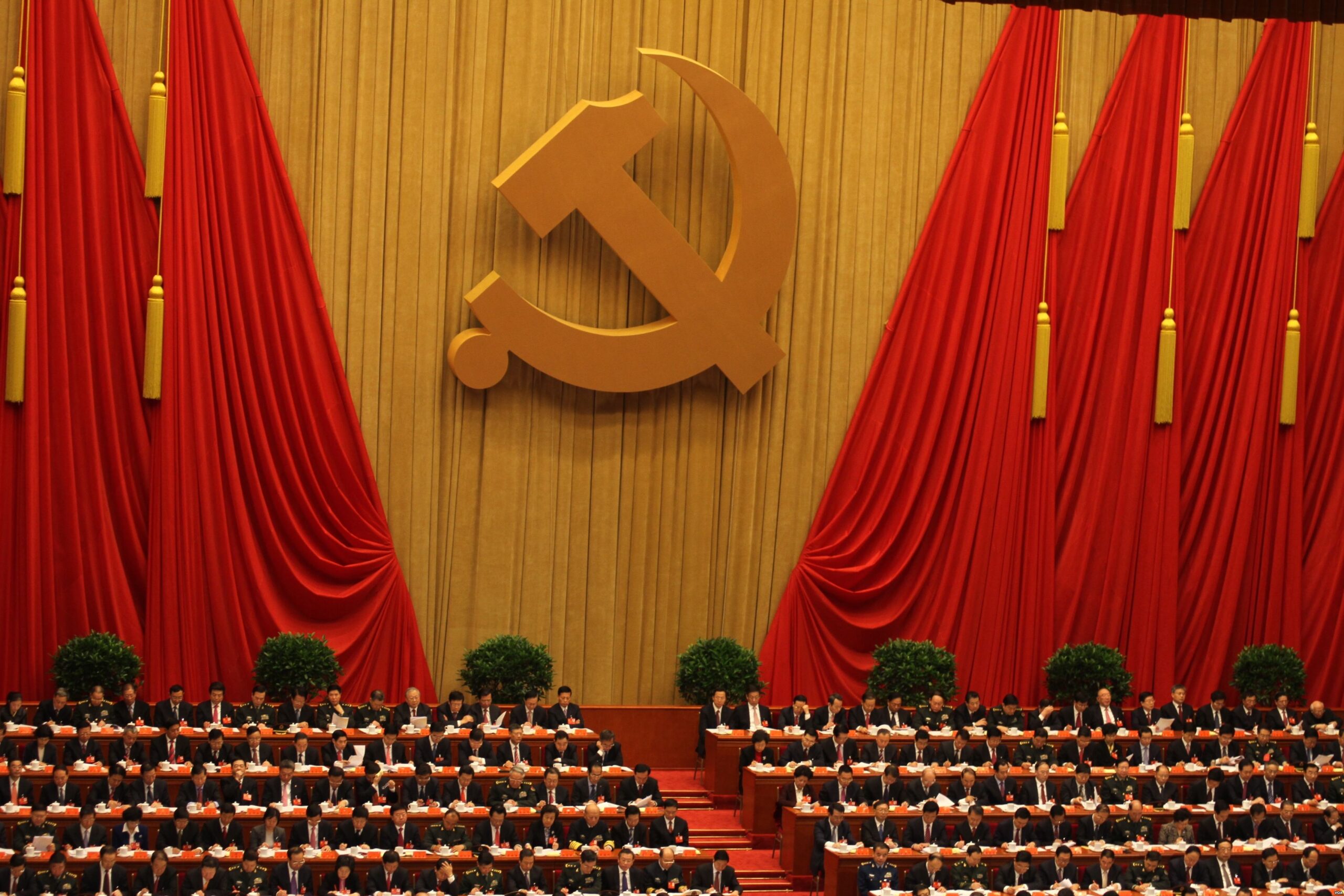 “Graham Allison (China expert and Harvard professor) knows of a Shanghai deputy mayor who says he looks forward to the day when every upper-middle class family in Shanghai has an American house-boy.” – Aaron Sarin

Every once in a great while an online article will reach out from the screen of my laptop, grab me by the shoulders, and shake me until my teeth rattle.

Enlightenment can be painful.

My most recent wake-up call came when I read Aaron Sarin’s “When the Lion Wakes: The Global Threat of the Communist Chinese Party.”

I keep up a little with news of China and the Chinese Communist Party. I am aware of such things as China’s social credit system, the ever-growing numbers of Chinese studying in the West, and the current attempts by the CCP to break their agreement with Hong Kong. I have written of the CCP’s persecution of Falun Gong. When desperate, I shop at Walmart, where the “Made In China” tags are so ubiquitous that they might well serve as the retail giant’s slogan.

In “When the Lion Wakes,” Sarin analyzes the imperialistic policies of the Chinese Communists, the state of their current oppressive government, and their plans for the future.

Sarin begins by telling readers that in our approach to China we need to differentiate between the Chinese people and the CCP. The ambitions and dreams of the first do not always match the aims of the second. By failing to make this distinction, by equating party and country, we are doing exactly what the CCP has done for the last fifty years. We unite the people and the party.

As China-watcher Clive Hamilton explains: ‘For many new Chinese arrivals in the West, one of the hardest concepts to understand is the distinction, essential to democracies, between the nation and its government. When they do grasp the difference, they are open to becoming critics of the party-state without feeling they are betraying their homeland.’

Sarin then draws back the curtain on the ways the CCP oppresses its own people, forces Western institutions and universities to avoid any mention of the three Ts (Tibet, Tiananmen, and Taiwan) spies on its own citizens and on many foreigners abroad, and operates concentration camps. The Party is especially interested in buying up ports and developing the infrastructure of certain countries, not out of a sense of philanthropy but for control:

The Party has also launched the ‘Belt and Road’ Initiative, a hugely ambitious programme involving infrastructure development and investment in 152 countries. To date, the Initiative has enabled CCP enterprises to gain control of 76 ports and terminals in 34 of these countries. It has enabled the Party to gain footholds across the world by investing heavily in states that will never be able to repay their debt: the Sri Lankan government, for instance, ended up owing so much that it could not end a large Chinese port project at Hambantota, and so the authorities had no choice but to give a CCP-owned firm the rights to the port on a 99-year lease. Now special arbitration courts are being introduced at ‘Belt and Road’ sites, where they will promote an ‘alternative’ (read ‘Communist Party’) legal system.

Emboldened by these many successes and having crushed resistance within China itself, the CCP is stretching out its tentacles into countries outside of their own borders. Here, for example, Sarin details various assaults on journalists and academics:

This craven behaviour is making the Party confident—so confident, in fact, that it has begun arresting the citizens of other countries. A Swedish citizen was abducted in Thailand and flown to China after publishing books critical of the Chinese authorities, and a British citizen from Hull was snatched in Beijing airport and jailed for comments he’d made on Facebook. He was on his way from the Philippines to the UK and only stopping off briefly in the airport, but he ended up spending two weeks in prison for the crime of ‘not being a friend to China.’ The Party’s thugs have physically assaulted journalists in the US for publishing anti-CCP content, they have kidnapped and tortured booksellers in Hong Kong, and they have attempted to murder independent journalists in Australia. They locked British businessman Peter Humphrey into an iron chair inside a steel cage and drugged him in order to elicit a confession. They hounded New Zealand academic Anne-Marie Brady, punishing her for researching the CCP’s foreign influence by sending their goons to break into her home in Christchurch, tamper with her car, burgle her office, and send her threatening letters.

Given these offensive maneuvers, and more, all Americans, indeed all lovers of democracy and liberty, should read “When the Lion Wakes” for three reasons.

First, Sarin’s essay is lucid and easy to understand. He performs a miracle here in addressing such an enormous topic, covering many points, and explaining exactly what the CCP are undertaking.

Second, Sarin’s essay is a bugle blast warning us against the Chinese Communist Party’s treatment of its own people and its imperialistic ambitions around the world. Sarin has sounded reveille, and it’s up to us, particularly our leaders and diplomats, to rouse ourselves from our sleep and resist.

Finally, the next time some young person you know advocates communism or extreme socialism, or says that communism “isn’t so bad,” direct that starry-eyed progressive to “When the Lion Wakes.”

If your acquaintance possesses half a brain, you shouldn’t have to say another word.