Over Half of Hispanic Voters Support Citizenship Question on Census 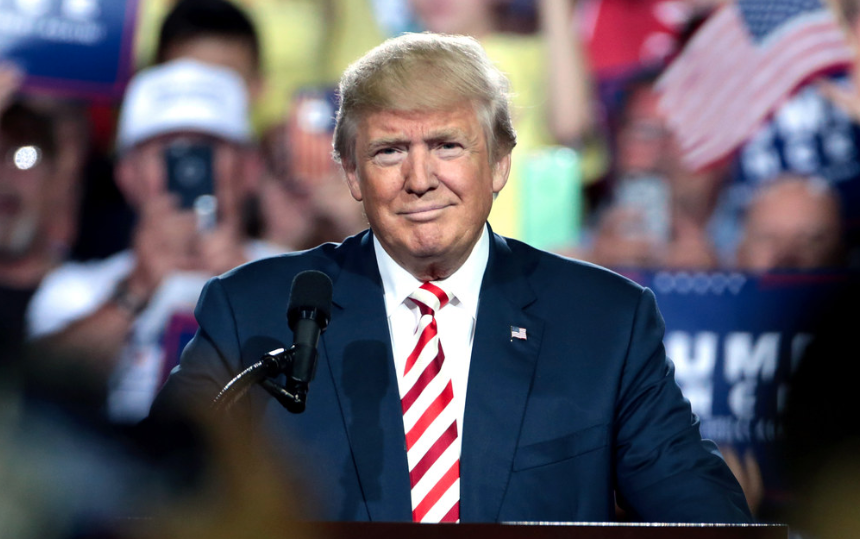 A poll released earlier this month includes a finding that may surprise those who say adding the citizenship question to the 2020 census will result in minority communities not being properly counted.

Among the Hispanic registered voters polled in the survey sample for Harvard University’s latest national monthly public policy poll, 55% say they are in favor of adding a question about whether a census respondent is a citizen to the 2020 census.

Additionally, the poll, released by the Harvard’s Center for American Political Studies and the Harris Poll, found 67% of all registered U.S. voters say the census should include a citizenship question.

There were reports Thursday that President Donald Trump planned to announce an executive order to include a citizenship question on the census. Trump added to the speculation with a tweet:

The White House will be hosting a very big and very important Social Media Summit today. Would I have become President without Social Media? Yes (probably)! At its conclusion, we will all go to the beautiful Rose Garden for a News Conference on the Census and Citizenship.

Mike Gonzalez, senior fellow at the Allison Center for Foreign Policy at The Heritage Foundation, told The Daily Signal that this statistic on Hispanic voters in the poll isn’t shocking.

“I’m not surprised at all,” Gonzalez said. “When you look at what Americans of Mexican, Puerto Rican, Cuban, Central American, and so forth background, the things they want are very similar to the things all Americans want.”

However, Gonzalez cautioned that the term “Hispanic” is very broad, and says little on its own:

‘Hispanic’ is a pan-ethnic category that doesn’t explain much about who people are. You have people who are very conservative, like Mexican Americans from parts of Texas. They’re very conservative if you compare them to Puerto Ricans in the North East. It’s a statistic that is interesting, but doesn’t really tell you much in terms of who we’re talking about.

On Monday, House Speaker Nancy Pelosi derided talk of including a citizenship question in the 2020 census as “disgraceful,” and said the president wants to include the question in order to “make America white again,” according to a report in the Washington Examiner.

Organizations like the National Association of Latino Elected and Appointed Officials, Mexican American Legal Defense and Educational Fund, and Asian Americans Advancing Justice push the idea that Hispanics will be “undercounted” if a citizenship question is included, Gonzalez said.

He says they fear Hispanic people living in the United States won’t want to respond to the census at all due to the existence of the citizenship query.

This assumption, Gonzalez said, is actually much more racist than the U.S. wanting to validate the citizenship status of all its residents. “That includes how many assumptions about the nature of ‘Hispanic households’?” he asked.

Gonalez has pointed to the irony of the census asking questions about race, ethnicity, and sex, yet a question about citizenship is considered by some as racist.

“We ask questions on a census we shouldn’t be asking, and yet the one colorblind identity question that we could ask—which is, ‘Are you a citizen or not?’—that’s racializing things?” he said.

In January, the Trump administration asked the Supreme Court to hear a case on including the citizenship question in the 2020 census after a federal judge in New York ruled the Census Bureau could not include the question.

The Supreme Court sent the case back to lower courts, suggesting it might once again review the case if the Trump administration offered new reasons for wanting the census question.

Writing for the majority, Chief Justice John Roberts wrote, “Unlike a typical case in which an agency may have both stated and unstated reasons for a decision, here the [Voting Rights Act] enforcement rationale—the sole stated reason—seems to have been contrived.”

The Voting Rights Act was passed in 1965 to protect the vote of racial minorities, including non-English-speaking American citizens.

Attorney General William Barr announced on July 9 that the president would be pursuing avenues to legally include the citizenship question in the 2020 census.

As of Tuesday afternoon, Barr has not specified what this legal avenue would look like, though AP reported a senior official said the president is expected to issue a memorandum to the Commerce Department, instructing the inclusion of the question.

Gonzalez said he thinks it’s “definitely possible” the question will be included in the end.

“The reason Trump is popular is because he fights, and people get the sense that he fights,” Gonzalez said. “And he’s fighting this.”