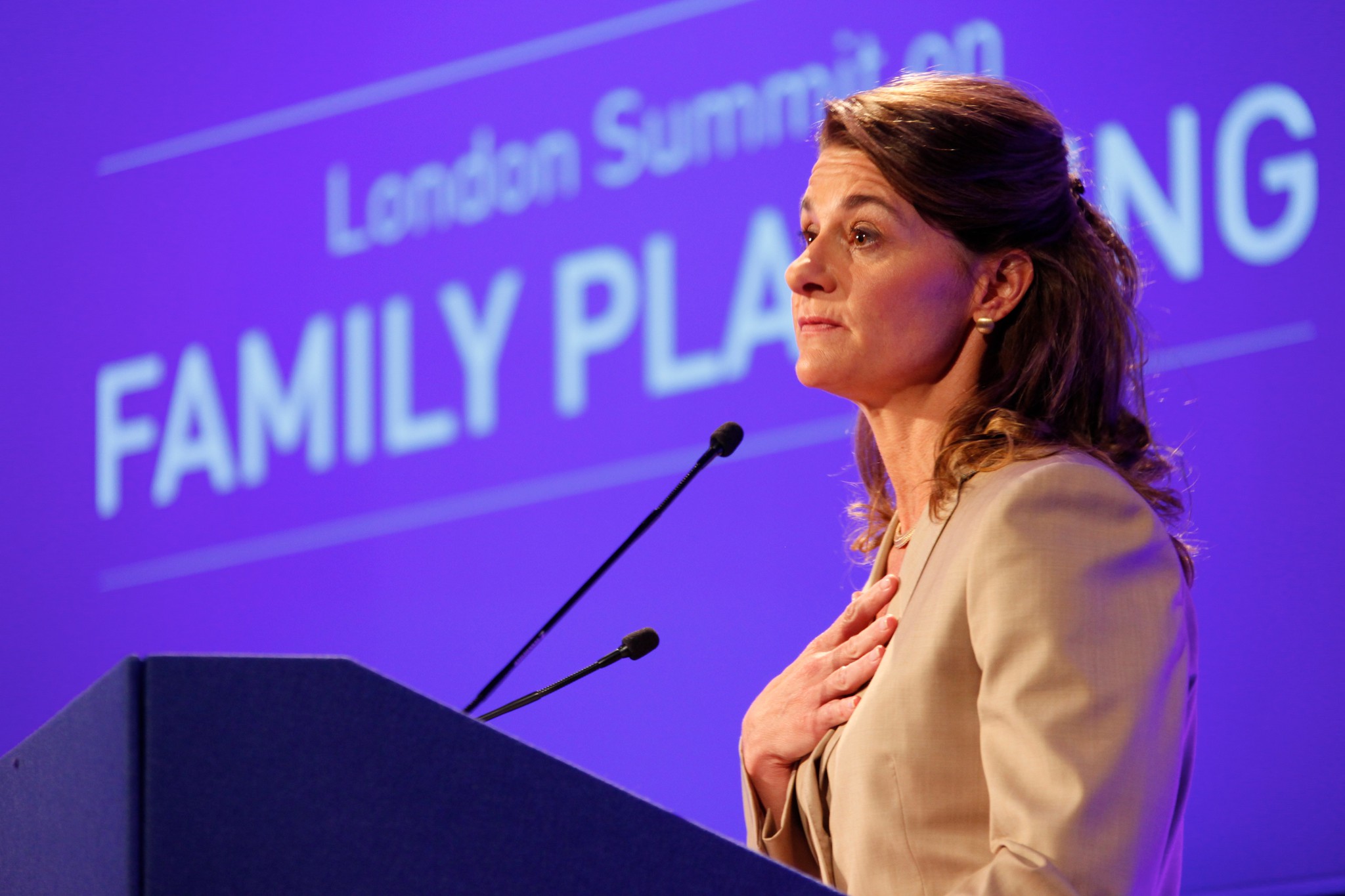 “Contraceptives are the greatest life-saving, poverty-ending, women-empowering innovation ever created.”

That’s the message of Melinda Gates, wife of one of the world’s richest men, in her new book The Moment of Lift: How Empowering Women Changes the World.

In The Moment of Lift, Melinda tells the story of her philanthropic work, particularly with the Bill & Melinda Gates Foundation, throwing in dozens of breathless accolades to the power of contraception along the way. She even gushes about her own experience of taking the pill, saying it “allowed us to have the life and family we wanted.”

Given this, it’s no coincidence that French President Emmanuel Macron made his now-infamous comment, “Present me the woman who decided, being perfectly educated, to have seven, eight or nine children” at a Gates Foundation event. He summed up Melinda’s worldview perfectly.

In The Moment of Lift, Melinda shares deeply moving stories about women who live in desperate poverty. Her passion to help them is admirable, but her dogmatic focus on contraception as the cure to all the world’s ails is ignorant – not to mention outdated.

Women in the developed world are increasingly rejecting the pill. This is not motivated by religious beliefs. They just hate the side effects. This trend has been well-documented in mainstream secular media. But it doesn’t even get a mention in Melinda’s book.

She writes that, after she organized a large family planning summit, some media outlets “suggested that I was being manipulated by corporations who stood to gain from selling contraceptives.” That sounds like a credible accusation but she never bothers to answer it.

Melinda also seems to endorse wives’ hiding their use of contraceptives from patriarchal husbands. She writes about an African woman named Adissa who secretly got an IUD. “That’s caused her husband and sister-in-law to look on her with suspicion and ask why she hasn’t delivered recently. ‘I’m tired,’ she told them.”

Condoms, Melinda explains, don’t work as contraception in developing countries because they are associated with STD prevention. If a wife asks her husband to use one, he will beat her for suggesting he has committed adultery. So how will these Prince Charmings react when they discover their wives have all started using contraception behind their backs?

In Melinda’s worldview, religion is the cause of most oppression of women. “Disrespect for women grows when religions are dominated by men,” she writes. The only group that ever gets called out by name is Catholics. When she could talk about “Muslims,” she prefers the term “religious extremists.” The Moment of Lift talks at length about the scourge of female genital mutilation. Which religious groups engage in that hideous practice? Certainly not Catholics, but they get no credit from Melinda on that one.

She interweaves the stories of the poor women she helps via her Foundation with parts of her personal history – like how she met Bill and how they married and started their family. Her publisher probably encouraged her to include these passages to sell more copies of the book. Americans are more likely to purchase an inside account of what it’s like to be married to a billionaire than yet another secular sermon by a progressive virtue signaler.

She is careful to point out that “the challenges of the people I highlight in this book far outstrip mine.” But her accounts of the struggles she’s faced in life – which all fall under the heading of “first world problems” – strike a dissonant note.

For example, after their marriage, she and Bill moved into the enormous mansion he had been designing for years. She felt uncomfortable there because she preferred to live in more modest accommodations. “I was wondering what people would think of me, because that house was not me,” she writes.

That story is ridiculous in the context of a book that’s mainly about women in poverty. However, I personally found it to be quite relatable. I’m also currently living in a grand residence in a fancy neighborhood. I sometimes feel anxious that my home places a barrier between me and the types of middle-class people I grew up with.

Like Melinda, I’m white, college-educated and I’ve never once in my life had to wonder where my next meal was coming from. So I was thrilled to finally read a book that acknowledges how difficult my life truly is – it’s not just those women in poverty who have it tough. If Melinda writes a sequel titled How Empowering Rich Urban Housewives Changes the World I will definitely buy it.