Highly Productive People: Which Political Systems Nurture Them, Which Crush Them? 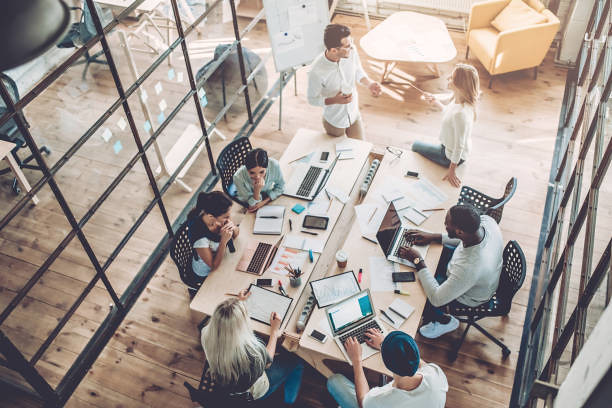 I have a background in financial services. Over the years, I’ve seen many patterns of productivity. A large percentage of financial advisors produce within the $100,000 to $250,000 range. A much smaller percentage exceeds the norm, producing $1,000,000+ of fees and commissions.

These select few with production over $1,000,000 are in demand because they are more profitable to the broker dealer. To attract the select few, a broker dealer will offer greater commissions, lower expenses and fees, and more transition money for a productive advisor to join his force.

“Price’s Law,” which originated from British physicist, science historian, and information scientist Derek Price, provides a formula to show what percentage of workers are likely to be highly productive. Price’s Law states that, “50% of the work is done by the square root of the total number of people who participate in the work.” Here is what that looks like:

Price’s Law goes beyond the business world. Price first took notice of this phenomenon in the academic world when he observed that there was always a handful of academics who dominated publications within a subject area. This same pattern extends to sports and the arts. The select few that stand out will almost always earn more and climb career ladders at a faster pace than those who are not top producers.

Political systems can have vastly different views of these highly productive individuals. They are either embraced or potentially demonized.

Capitalism gives the highly productive the ability to earn substantially more with no restrictions to their upward potential other than their own initiative. A highly productive entrepreneur with a great idea well-executed can be rewarded with riches and prestige.

Two examples of this are Bill Gates and Steve Jobs. In capitalism, these people are admired and set as a standard for others to attain, showing that if you have a strong work ethic, apply yourself, and operate within a society that doesn’t hinder success, you can achieve the American Dream.

The socialist/communist mindset touted by the left perceives highly productive workers as unfair. Under the guise of equality, but fueled instead by envy and coveting, this zero-sum-game mindset believes some have less because of those that have more.

In the fall of 1917, Russian peasants were deeply envious of the Stolypin farmers that owned their land. The peasants believed that land should be communal and not privately owned. They urged the Soviets to declare all land public. The Soviets complied. Within half a decade, 15 million people starved to death from this government action as the more productive Stolypin farmers were stripped of their land and the less productive peasants took over these farms, causing an agricultural collapse.

This idea of taking from the highly productive has played out time and again. We’ve seen it happen not only in Russia but also in China, Cambodia, Argentina, North Korea, and more recently with the formerly richest country in South America, Venezuela. Venezuela is now one of the poorest countries in South America, having a GDP in 2014 of $210 billion dropping to $98 billion in 2018.

The collective mindset communicates that those who are exceptional will be singled out for attack. Whenever you are doing noticeably better than everyone else, you need to be cut down. “The nail that sticks out must be pounded” runs a Japanese proverb on social conformity, but in the minds of some leftists it applies to the highly productive needing to be brought down for having more.

As capitalism wants to lift people out of poverty and has done so across the world more than any other system, leftism doesn’t want to raise anyone, but rather, wants to bring everyone ultimately down to the lowest common denominator. The result? Everyone is equal… but also poor and destitute.

For those who protest and point to European socialists, know that it is the leaders in socialist countries (Sweden, Finland, Denmark) who are insist they are not socialist/communist. Instead, they are economic capitalist powerhouses, with 2019 economic freedom rankings showing Denmark ranked 14th, Sweden 19th, and Finland 20th. And, each of these countries are taking steps to be more capitalistic in order to attract business and trade.

Let them have their mansions.