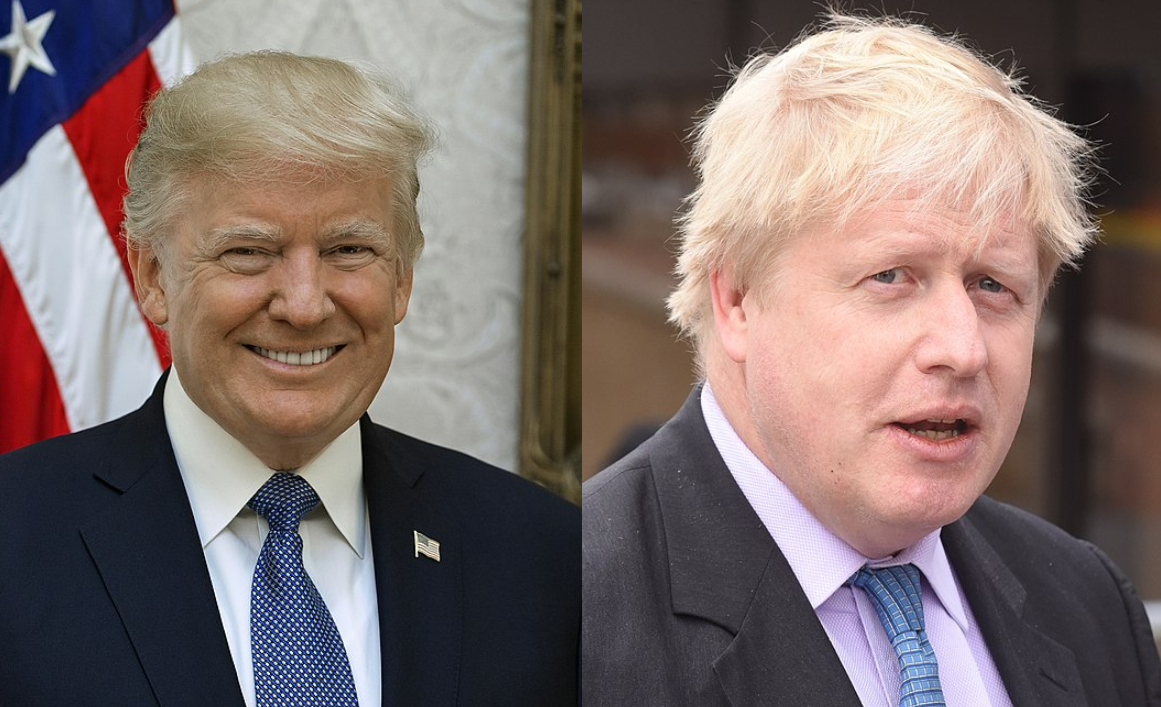 Johnson is also viewed as Britain’s Donald Trump. His populist/nationalist politics, demonstrated by his unwavering devotion to Brexit, have earned him this latter comparison.

But the similarities go beyond politics. Here are five things the American President and the British Prime Minister have in common.

1. The Hair
It’s obvious. Both Trump and Johnson have distinct – and goofy – hairstyles. In some cases, they look downright awful.

Both politicians have been the butt of jokes for their locks. At one point, a petition even circulated on Change.org to get Trump to cut his hair. Johnson has also been the victim of mockery, with Marie Claire and LBC Radio both taking opportunities to mock his hair.

Rather than cave to the jokes, both Johnson and Trump embrace their hair, making it their brand.

2.  Prestigious Education
Trump studied business at the Wharton School of the University of Pennsylvania, the top ranked business school in the nation. It’s also the school which produces the largest number of billionaires in America.

Johnson went first to Eaton and then Oxford, two of Britain’s most prestigious schools. Johnson shows off his classical education at various times. In one instance, he recited lines from The Iliad by memory. While mayor of London, he visited King’s College to advocate for the teaching of classics. He also debated Mary Beard on whether Greece or Rome was the superior classical civilization (he was advocating for Greece).

3. Successful Pre-Political Careers
Trump created a multi-million dollar real estate industry with hotels across the nation. His status as one of the richest men in America turned him into a celebrity, known for TV shows such as The Celebrity Apprentice and the Miss USA pageant. Trump also became a published author with his bestseller The Art of the Deal.

Johnson was a journalist, who worked for some of Britain’s most prestigious media outlets, such as The Times and The Daily Telegraph. He was also the editor of The Spectator. Like Trump, Johnson became a published author, writing books such as The Churchill Factor and The Dream of Rome.

4. Messy Personal Life
Trump has been married three times and had several affairs. The most infamous of these was with the adult entertainment actress Stormy Daniels. The scandal threatened to end his presidency. An Access Hollywood tape from 2005, in which he bragged about grabbing women by the genitals, almost derailed his initial presidential campaign.

By contrast, Johnson has only been married twice. His current girlfriend is Carrie Symonds, who is known as his “domestic partner.”

Johnson’s fatherhood status is not as clear. Officially he has five children, but in 2009 allegations surfaced that he had fathered a sixth child as the result of an affair. Even Wikipedia is uncertain about just how many children he has:

5. New York, New York
Until his presidential election, Trump’s entire life was centered around the Big Apple. It was where he was born and built his business empire.

It may shock some to learn that Johnson is a New Yorker as well, having been born in New York City. He held dual citizenship in the U.S. and U.K., but renounced the former in 2016.

Since the 20th century, America and Britain have been natural allies due to a shared culture and worldview. Perhaps having leaders with similar worldviews and similar life experiences will make this special friendship even closer.

Then again, maybe not.