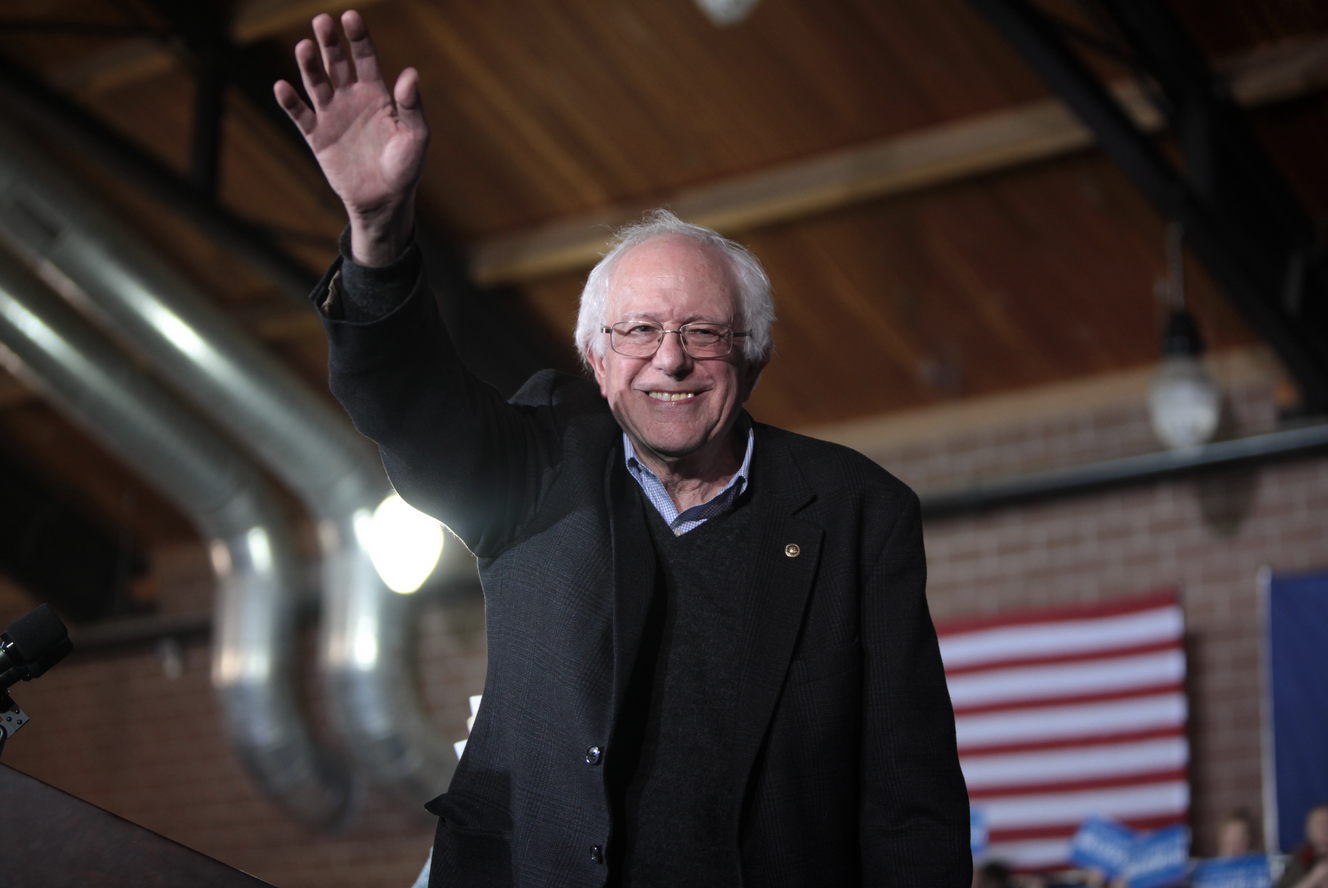 A poll taken in February by Public Opinion Strategies found that a full 77 percent of Democrats felt the country would be “better off” if it were “more socialist.” “Democratic support for socialism appears deep,” Paul Bedard wrote in a piece for the Washington Examiner. “[Eighty] percent of ‘strong Democrats,’” he said, “believe the country would be better off politically and economically if it were more socialist.”

What accounts for this dramatic shift in a party whose leadership made every effort to distance itself from open socialism only a few short years ago? Has adding the qualifier “democratic” really made socialism palatable, or is something more fundamental at work?

In his 1961 inaugural address, President Kennedy—whose positions once represented the Democratic Party mainstream—called on the new post-colonial nations of the Third World to resist the temptation to adopt Marxism and avoid the self-destruction that system always brings. “Remember,” he declared to these “new states” among the “ranks of the free,” “in the past, those who foolishly sought power by riding the back of the tiger ended up inside.”

Yet increasingly, Kennedy’s commonsense wisdom has fallen by the wayside. It must certainly be one of the great ironies of American history that socialism has risen to its current prominence amid an historically strong economy and the highest living standards in modern history.

What are the other forces besides material desperation, then, that are fueling the popularity of socialism today?

Last September, Politico published an article titled, “What would a Socialist America Look Like?” The magazine interviewed “a group of socialist writers, policy wonks and politicians (and a few critics)”—including then-congressional candidate Rashida Tlaib—in search of an answer. The responses ranged from “Democratic socialism means democratic ownership over the economy” to “Forget social democracy. America is ready for actual socialism” to “Socialism would remedy the systemic deprivation of people of color.”

Tlaib’s forthright answer was: “Socialism, to me, means ensuring that our government policy puts human needs before corporate greed and that we build communities where everyone has a chance to thrive.”

The rise of socialism is being driven by a shift in civic attitudes, that—at first slowly, and now in a crescendo—has overtaken much of post-industrial American society. The political results of that change, it seems, have finally begun to surface.

In 1961, when Kennedy gave his address, it was a truism in American politics, borne out by the history of the preceding half-century, that the philosophy underpinning socialism and communism brought conflict wherever it spread its influence, no matter how innocuous it might have seemed when first introduced. Alongside the miseries caused by the socialist system itself, political domination from the Party Politburo in Moscow was the price many Marxist countries were forced to pay in exchange for being shepherded towards “utopia.” From Stalin’s purges to the recriminations and violent vendettas that consumed dozens of communist countries during the mid-20th century, the true colors of the socialist tiger—promising “freedom” before devouring its handlers—were plain for all to see. Socialist, communist, or otherwise, the principle undergirding state-enforced social equality remains the same however—and to whatever degree—it is put into practice. Just because “democratic socialism” appears less extreme than baldfaced Marxism does not mean that the principle underlying it is any less unjust or detrimental to human dignity.

And what, exactly, is the character of this principle?

In Volume I, Chapter III of Democracy in America, Alexis de Tocqueville wrote:

There is, in fact, a manly and lawful passion for equality which excites men to wish all to be powerful and honored. This passion tends to elevate the humble to the rank of the great; but there exists also in the human heart a depraved taste for equality, which compels the weak to attempt to lower the powerful to their own level, and reduces men to prefer equality in slavery to inequality with freedom.

The rise of this former “passion,” to use Tocqueville’s word, is—if the sentiments in Politico’s September article are at all representative of wider opinion—what is undergirding the rise of political socialism in America today. While it might be impossible to completely understand why one view of equality eventually takes precedence over another, we can certainly trace the outlines of the phenomenon—and observe the results.

The great tragedy in all this is that when the idea of equality becomes destructive rather than constructive, and free enterprise is sacrificed in pursuit of enforced material equality for everyone, the truly destitute and downtrodden often suffer the worst betrayal of all.

The tax dollars allocated for what are ultimately non-essential social programs would, certainly, be better used on those who are sincerely struggling with the basic needs of life. Yet at the risk of falling into a false dichotomy, one feels compelled to ask whether free college for every American is, really, a better investment than fighting narcotics, funding dilapidated primary schools in inner-city America, or securing the border—all causes that the Democratic Party, incidentally, has firmly committed itself to in years past.

Karl Marx himself rejected “bourgeois democracy”—meaning, more or less, representative government—based as it was, he argued, on the idea of human rights, which he attacked as an aberration influenced by “bourgeois” capitalist society. Marx believed that true “democracy” would occur only after the “dictatorship of the proletariat” had established itself and prepared the way for a materialist, communist utopia.

Friedrich Engels declared in 1872: “A revolution is certainly the most authoritarian thing there is,” and that a socialist party ought to maintain its rule “by means of the terror which its arms inspire in the reactionists.”

It should therefore be little surprise to anyone that Marxian socialism inevitably turns against and devours representative government—or Christian or Western government of whatever historical variety. Even those who sincerely, if misguidedly, support the more “mild” au courant form of democratic socialism—“power to the people”—merely achieve in practice the increase of government power over the lives of private citizens. Senator Bernie Sanders, Congresswoman Alexandria Ocasio-Cortez, Congresswoman Tlaib, and their political followers have thus forsaken the honorable tradition of their own party. They have forgotten that state-enforced equality of the type they advocate undermines the private citizen, because the very core of that political program makes the state unduly responsible for the wellbeing of its citizenry, thereby making the citizenry dependent upon it and ultimately subservient to it.

Even the vaunted “Nordic model” has had this effect. As Rainer Zitelmann wrote in Barron’s this April:

In 1960, for every 100 “market-financed” Swedes (i.e. those who derived their income predominantly from private enterprise), there were 38 who were “tax-financed” (i.e. dependent on the public sector for their income, whether as civil servants or as recipients of payments from the state). Thirty years later, that number had risen to 151—in other words, there were significantly more people living off of the state than paying into the system. This reflects Sweden’s move away from a capitalist free-market economy to a socialist model. …The economic situation in Sweden deteriorated as a direct result of extreme labor market regulation and the constant expansion of the role of the state, which led to massive dissatisfaction among the population.

Pushback against these socialist ideas gathered momentum, and by the 1990s there was a comprehensive counter-movement that—without fundamentally questioning the Swedish model of high taxes and comprehensive welfare benefits—nevertheless eliminated many of its excesses.

Never in history has socialism been introduced without a weakening of individual agency, as the dirigisme of the state replaces the organic social relationships that are the very basis of civil society. Centralization and statism are at the core of socialism—whether in the form of Leninist Vanguardism or ostensibly more “democratic” iterations.

In his 1987 classic The Closing of the American Mind, Allan Bloom wrote: “The deepest intellectual weakness of democracy is its lack of taste or gift for the theoretical life. …The issue is not whether we possess intelligence but whether we are adept at reflection of the broadest and deepest kind.”

While socialism might seem superficially “intelligent,” an apparent solution to the ills of post-industrial America, it cannot withstand serious intellectual reflection or review of experiential evidence. If America—and particularly, the still-moderate elements within the Democratic Party—is to overcome the current infatuation with socialism, it must learn also to overcome the psychological weaknesses of modern, democratic society, and familiarize itself once again with the wellsprings of theoretical life provided by the pre-Marxist, Western, Christian philosophical tradition. It should look to the same sources that the founders of the American nation consulted in their own struggle against imprudent state control more than two centuries ago.