How the Chinese Are Erasing the Tiananmen Square Massacre From History 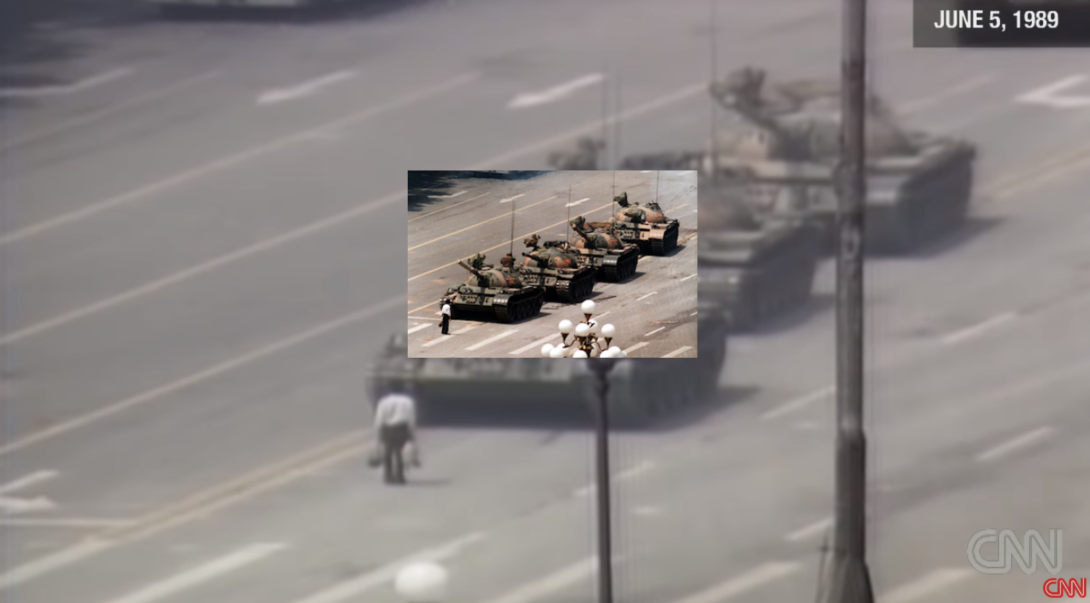 One free man will say with truth what he thinks and feels amongst thousands of men who by their acts and words attest exactly the opposite. It would seem that he who sincerely expressed his thought must remain alone, whereas it generally happens that every one else, or the majority at least, have been thinking and feeling the same things but without expressing them. And that which yesterday was the novel opinion of one man, to-day becomes the general opinion of the majority. And as soon as this opinion is established, immediately by imperceptible degrees, but beyond power of frustration, the conduct of mankind begins to alter.

On June 4, 1989, the Chinese government launched a brutal military crackdown on student-led demonstrations assembled in Beijing’s Tiananmen Square. For seven weeks prior, protestors swelled into the hundreds of thousands (over a million at the height of the protests, according to some reports) and called for freedom of speech, freedom of press, government accountability, and an end to cronyism and corruption. Although the fledgling Chinese Democracy Movement was composed of many factions with many different agendas, broadly speaking, it aimed for liberal reforms.

Dissension permeated inside the People’s Liberation Army and even some of the upper echelons of the Chinese Communist Party sympathized with protestors, but in the end, hardliners won out. Orders were given to use military force to clear the Square. To this day, government censorship, obfuscation, and denial have made details of the resulting massacre’s death toll difficult to verify, with some estimates as low as 200 to others over 2,500. In 2017, a declassified British government cable cited a death toll over 10,000.

One of the most iconic photographs of the 20th century, “Tank Man,” was taken during the military crackdown and has since become an enduring symbol of the individual versus State oppression.

Sadly, it seems that this famous image and the events of June 4, 1989, have largely faded from the collective consciousness of the Chinese people due to an Orwellian campaign of official repression and self-imposed censorship. Here’s how a Chinese millennial describes the current situation: “We’re just walking dead… We’ve been brainwashed.” One disturbing documentary captures the sociopolitical atmosphere:

A Day to Remember from Freewaves on Vimeo.

Many foreign observers discover themes of mass ignorance and apathy: “Chinese students are so apolitical, so focused on jobs and wealth, that they’re not even aware of their own powerful history.” Another story reports a similar message: “After years of enforced silence, many young people have little idea if any of [the rumored details of the massacre] took place. Others have come to believe that the crackdown was inevitable or even necessary for the sake of stability.” A Chinese journalist in Beijing laments “even those who are well aware of the state’s meddling make little effort to seek truth and push for change.”

Nevertheless, it is impossible to completely rewrite history and enforce ideological silence in a country with more than one billion people. Many who lived through the events of 1989 are still alive in China today, and dissidents in Hong Kong, Taiwan, and elsewhere overseas have not forgotten. Perhaps it is not surprising that the Chinese government … launched its strongest censorship campaign to date on the 25th anniversary of the Tiananmen Square massacre. Even commemorations held in private are prohibited. Britain’s Sky News reports that central Beijing is currently in a state of “lockdown.” According to NPR reporter Anthony Kuhn, “There are police at every downtown intersection and lots of security checkpoints and bag-checks around the square itself. Police kept foreign reporters, myself included, out of the square… online, even the most indirect references to June fourth and Tiananmen Square are blocked or deleted.”

Still, online activists have shown ingenuous creativity in dodging the authorities and getting the message out, including with the use of Legos, playing cards, rubber ducks, confetti, and even a pornographic video.

Let us not forget the events of this tragedy and join the efforts of people across the world in commemoration. As Tolstoy noted, it takes only a single act of courage from one freethinking individual to create a ripple that will become a tidal wave. Even as we deal with overzealous economic regulations and see ominous signs of the growing police state in the United States, we should keep in mind that many people across the world have it much worse. The message of liberty carries universal appeal, and we should always stand together against government attempts at oppression no matter where they happen to be.

This article has been republished with permission from Independent Institute.