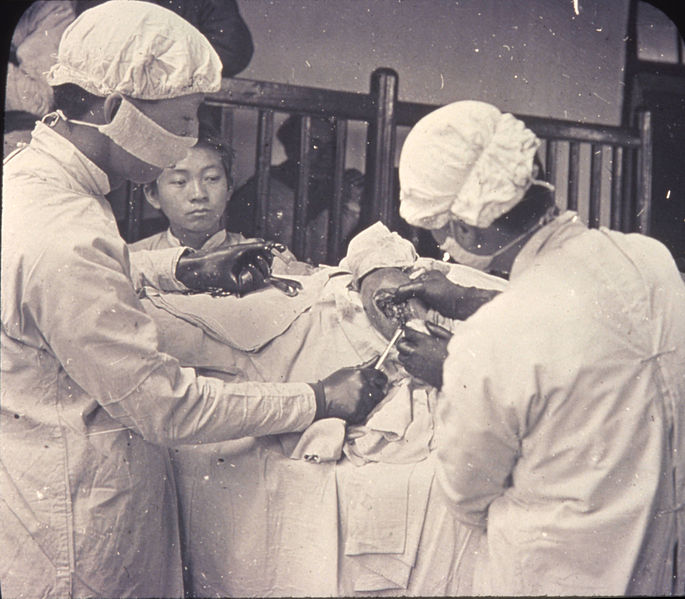 Every once in a while, a news story pops up that should break our hearts. That, or make us retch.

The Guardian recently reported that an independent commission concluded that China continues to harvest organs from political prisoners and convicted criminals. This means that the government executed inmates and then used them as donors for those requiring kidneys, livers, hearts, lungs, and other organs. The Guardian explains:

The China Tribunal, chaired by Sir Geoffrey Nice QC, who was a prosecutor at the international criminal tribunal for the former Yugoslavia, said in a unanimous determination at the end of its hearings it was ‘certain that Falun Gong was a source— probably the principal source—of organs for forced organ harvesting.’

‘The conclusion shows that very many people have died indescribably hideous deaths for no reason, that more may suffer in similar ways and that all of us live on a planet where extreme wickedness may be found in the power of those, for the time being, running a country with one of the oldest civilisations known to modern man.’

He added: ‘There is no evidence of the practice having been stopped and the tribunal is satisfied that it is continuing.’

Falun Gong, meaning “law wheel practice” in Chinese, promotes a form of meditation and breathing techniques (qigong) as well as physical exercises, while emphasizing such virtues as benevolence and truth. In the late 1990s, this loose-knit Chinese group claimed up to 70 million practitioners, equal in number to the Communist Party in China.

We might think any government would value large numbers of its citizens embracing morality and health, but not in this case. The rapid growth of Falun Gong roused fear and suspicion in the Chinese Communists. In 1999, the authorities founded a special unit, the 6-10 Office, designed solely to eradicate Falun Gong. Using widespread propaganda attacks declaring Falun Gong a cult and a danger to Marxism, the Communists began active suppression of its members through widespread arrests. Untold thousands were sent to camps, prisons, or mental hospitals, where they were often tortured or forced into hard labor.

Now illegal in China – though many Chinese continue as secret followers – Falun Gong claims hundreds of thousands of adherents around the world, particularly in those cities and countries with large Chinese populations. (A disclaimer: I recently began freelancing for The Epoch Times, a print and an online newspaper founded by those professing the benefits and philosophy of Falun Gong.)

Since 2006, outside investigators have received information that the Chinese government was harvesting organs from prisoners, especially from adherents of Falun Gong, and then selling those organs. Paralyzed by drugs, some of these prisoners have their organs removed while they are still alive. Reports vary, but the number of those prisoners who either died of torture or were killed outright for their organs ranges from 60,000 to 200,000 people. Because of the lack of records available from the Chinese government, many believe this figure to be much higher.

According to Steven Mosher, founder of the Population Research Institute, one clear sign of this forced organ harvesting has to do with tissue typing. In the West, matching tissue between a donor and a patient takes months. In China, a patient coming into China is tissue typed and “generally within the week and sometimes as soon as 24-48 hours you have the heart, the kidney, the liver that you’ve been waiting for.”

This transplant “industry” brings a billion dollars a year to China.

In the wake of a 2014 report on China’s organ harvesting by the U.S. House of Representatives, a Chinese embassy spokesperson responded, “the so-called organ harvesting from death-row prisoners is totally a lie fabricated by Falun Gong.”

If reports of organ harvesting are fabricated, then how do Chinese authorities explain the massive increase in organ transplants in China in the last twenty years? How do they explain that by 2006 more and more Westerners were flying into China, paying large sums of cash to receive a liver or a kidney transplant?

In a country whose people traditionally believe that human beings should be buried or cremated intact and organ donors are consequently rare, how are so many organs available for transplant?

Sir Geoffrey Nice and his Tribunal determined that “very many people have died indescribably hideous deaths for no reason.” Here I respectfully disagree. Many of these prisoners, these people, these human beings, members of Falun Gong or otherwise, died for several reasons: political persecution; a worldwide shortage of available organs; people with large bank accounts plagued by failing livers, kidneys, and other organs; and the money to be made in this bloody, hideous marketplace.

That pretty much says it all.