Why Good Books Are Better When You Talk About Them 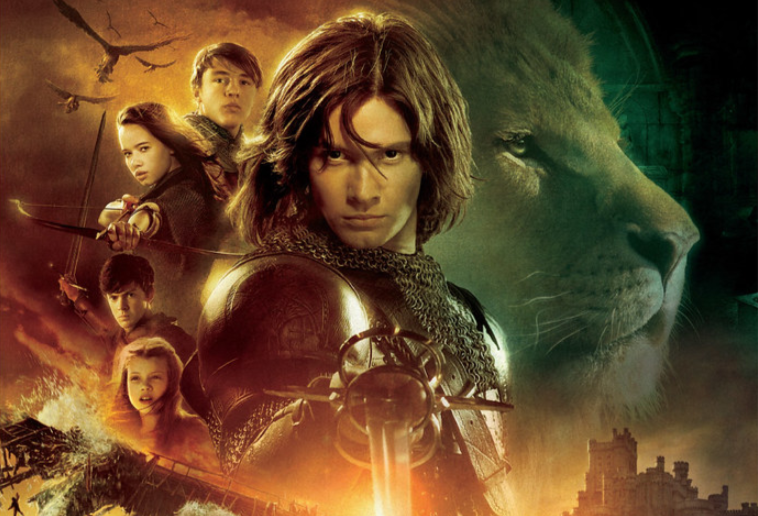 What do you do when you finish reading with children, say, at bedtime?

Perhaps what many parents do — just close the book, kiss your child goodnight, ruffle their hair, and turn out the light. To be sure, that emotionally intimate time of reading together is a precious experience — the pleasure of a good story shared and the deepening of the bond that comes from a “connective ritual” like bedtime reading or reading together at some other time.

But as valuable as these read-aloud together times are, we think they very often contain a missed opportunity.

If you just close the book, you and your children (or students, if you’re a teacher) will have missed a chance to share your thoughts and questions about the challenges the characters have faced, the choices they’ve made, the good and bad consequences of those choices, the virtues and vices displayed — and, most important, how all of that might apply to your own character and lives.

Edmund and the Turkish Delight

Imagine you’re reading The Lion, The Witch, and The Wardrobe, the most famous of C.S. Lewis’ timeless Chronicles of Narnia. Edmund stumbles into Narnia, realizes his sister Lucy has been telling the truth about this fantastical land all along, and suddenly finds himself confronted by the terrifying Queen of Narnia looking down at him from atop her great sled.

When the sweet is all gone, he begs the Queen for more. But she demands that he first bring his three siblings to her — which he promises to try to do. Even after Edmund later learns from Lucy that the Queen is really the wicked White Witch who turns innocent people into stone, he continues to think only about how he can get more Turkish Delight from her — although by now he’s feeling quite sick from the portion he has eaten.

Consider what you might want to talk about if you stopped to think about and discuss this episode with children.

Is Edmund to blame for what happens here — or is he simply a victim of the Witch’s tricking him into eating the addictive Turkish Delight?

What is it about Edmund’s character that makes him so easy for the Witch to deceive and manipulate, and what makes him so ready to betray his siblings to get more Turkish Delight?

And gosh, why doesn’t he suspect the Queen of being bad in the first place? If somebody gave you or me something to eat or drink that immediately made us crave more and more and even made us feel sick, what would we be likely to suspect about that person and the powerful substance they had given us? Who could we go to for help?

All these questions could be part of a rich “character conversation” as you reflect on this episode.

In our Narnian Virtues character education project, we’ve posed questions like these to more than two thousand children in 57 schools in eight countries, including the U.S., England, Ireland, the Netherlands, Cambodia, Turkey, and Mexico. Our project has focused on fostering six universal virtues brought to life by Lewis’ Narnia stories: wisdom, justice, fortitude, self-control, love, and integrity.

We’ve done this as part of a four-year research project, supported by a grant from the John Templeton Foundation, in which we’re investigating how to use the Narnia novels to help children understand and value the virtues, enact them in their own lives, and curb opposing bad habits. At the heart of this project has been a partnership with parents — asking them to talk about the virtues with their children in the flow of family life and to promote their practice in everyday interactions.

You may be surprised at what kids share when given a chance to talk about a good book they’re reading.

Here’s one example from twelve-year-old “Heather” after the Turkish Delight episode. Struck by Edmund’s immediate addiction and out-of-control desire for more of this sweet, she realized that her “Turkish Delight” was her phone — because she felt great pressure from her friends to be constantly available online.

She admitted her addiction to her mom, who then limited her time online for a week. “It was the right thing to do,” Heather says. “Before that, I was so worried I forgot to eat.”

We’ve found that asking children to “think of a time” when they’ve shown a particular virtue depicted in the story can strengthen their belief that they possess that virtue and prompt them to act on it more often. For example, one twelve-year-old boy said: “I’m more aware now of when I’m showing fortitude and determination. I can use them in my life more because I know what they are.”

A mother in our Narnian Virtues project spoke of her eleven-year-old daughter’s growth in self-awareness: “Reading and talking about this book has given her the vocabulary to say things like, ‘Actually, this situation is about self-control and how I can control my emotions.’”

Developing this kind of “virtues vocabulary” gives children a language for reflecting on their character and how they might improve it.

We’ve also found that children can be surprisingly forthcoming and humble in their self-reflections as they read and discuss a Narnia novel. When they see a fault such as Edmund’s lying to his siblings glaringly displayed in the novel, they may recognize the same fault in themselves and resolve to do better. Says an eleven-year-old boy:

“Edmund showed deceit by lying to his siblings. I’ve shown deceitfulness by lying about breaking something — I blamed it on someone else like my brother. I wouldn’t do that again.”

Why did we choose C.S. Lewis’ Narnia stories to use in our international character education program?

First of all, they continue to be enormously popular with children and families. To date, they have sold more than 100 million copies in 47 languages. Last October, Netflix and Entertainment One announced that they would be “translating the Narnian universe into feature-length and episodic programming for years to come.”

But the enduring appeal and power of the Narnia stories isn’t just that they’re exciting adventures wrapped in fantasy. Narnia is a universe where good and evil are real. Moral choices matter. Good choices have good consequences; bad choices, bad ones. Virtues and vices are dramatically depicted. In the Narnia narratives, events turn on whether and how the figures in the stories enact — or fail to enact — crucial qualities of character.

In some of the stories, persons like Edmund who are selfish or obnoxious at the outset are transformed in their character as they learn hard lessons and come to realize their flaws and failings. In some cases, they even rise to heroism. In all cases, they offer lessons about character we can take into our own lives and be better for it.

We also chose the Narnia novels because we think it’s more important than ever for young persons to nourish their minds, hearts, and souls on a diet of wholesome and inspiring literature. “If you don’t read good books,” C.S. Lewis wisely observed, “you will read bad ones.”

A case in point: In the 2019 parenting guide Don’t Let the Culture Raise Your Kids, former CBS producer Marcia Segelstein tells of the time her 12-year-old daughter wanted to read the then wildly popular Gossip Girl series that “all” her friends were reading. At one of the big bookstores in town, Segelstein dutifully checked out the first book in the Gossip Girl series to see if it was suitable for a 12-year-old. She reports what she found:

“By the second paragraph in, the main character, a high school girl, is swilling back scotch, upset because she doesn’t like her mother’s new boyfriend. The second chapter is titled, ‘An Hour of Sex Burns 360 Calories.’ If a movie contained the foul language this book does, it would be rated ‘R.’ The blurb from Teen People magazine said it all, describing the book as ‘Sex and the City for the younger set.’”

We don’t have to worry about kids taking away toxic messages and models from the Narnia novels. No bad language; no bad behavior presented as hip and cool. There are plenty of good guys and bad guys, as well as characters who are a mix of strengths and weaknesses, but you won’t need a scorecard to sort that out. And yet there’s no preaching, no sappy sentimentality, no figures that are mouthpieces for moralizing by the author.

Just cracking good stories that do what great literature has always done — engage and ennoble us.