What Alexandria Ocasio-Cortez Should Know About Her Garbage Disposal 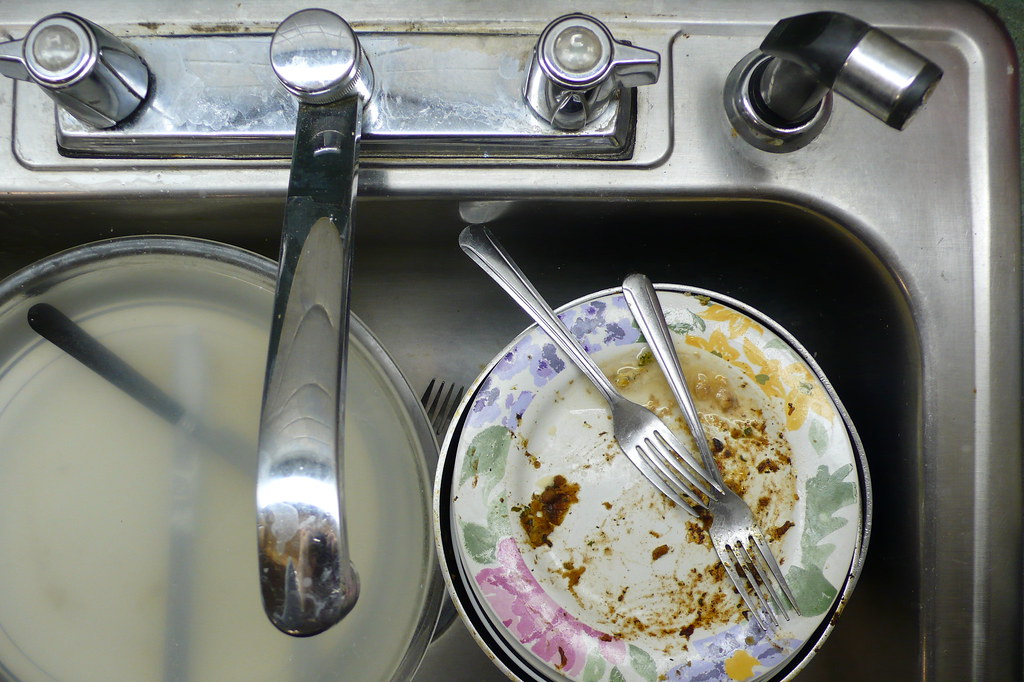 Alexandria Ocasio-Cortez is from New York, where garbage disposals are not very common in apartments because they were only legalized in the 1990s, as incredible as that seems. But now she lives in D.C., and she has discovered that there is one in her apartment. It permits the user to push down food scraps rather than scrape them into the garbage where they can start to smell and create contaminants before they are taken to the dumpster.

She, the would-be Czar of the new central plan called the Green New Deal, is thoroughly confused by the sight of this strange thing. As you can see from her painfully honest Instagram post, she finds it alarming, even terrifying.

This impressive machine was invented in 1927 by John W. Hammes. The idea was to deal with a major problem in domestic garbage disposal. Wet things in the trash get stinky and germy. How about we get rid of all the grindable stuff at the level of the sink? It seems like a natural upgrade. By the postwar period they were being advertised everywhere.

They used to be awesomely powerful. You could grind up a glass tumbler in these things. Sadly, as the years went on regulations made them ever weaker for reasons of safety.

Still, they are enormously practical and desirable.

AOC worries about the environmental impact. Many studies were done in the early days and there is no discernable bad effects from them. Much of the refuse in the water supply becomes fertilizer such that the garbage disposal becomes a kind of pre-composter. It starts the trash on the way toward being recycled into something valuable.

New York was slow to adopt them. If you have been to the city, perhaps you have noticed that there is, how shall I say, a certain trash problem. Drive through certain streets any time of the day or night and you will see trash bags piled high. You wonder if the city has any municipal trash service at all. But then you realize: this city is massively populated and busy and produces an amazing amount of trash.

To collect it all in a way that is timely and safe would require, for example, free enterprise, and not the strangely regulated and publicly provided system with massive bureaucracy. The city is not so lucky to have a competitive kind of collection system that is consumer responsive. As a result, you have the vague sense of being surrounded constantly by the smell of trash. That’s a downside of the city.

Garbage disposals might do the city some good. But they were legalized so late – 70 years after their invention – that not many older apartments have them. Of course you could order one on Amazon and install it yourself but not every politically aspirational New Yorker is so driven.

As for domestic trash disposal generally, it dates to the ancient world. There was an early consciousness that trash is unsightly, smelly, and probably dangerous. So the Romans invented a modern system of disposal that you can read about on Wikipedia. Quite extraordinary. Post-Rome, when other parts of Europe came to be heavily populated without a good system of waste disposal and public sanitation generally, the result was the Black Death that killed half the population, an experience from which we learned that this is an important subject.

It is rather important that people in positions of public authority have an understanding of the various means by which people in cities get rid of waste. Our very lives depend on it.

The garbage disposal has made a contribution to an ancient problem, in a way that is a service to the human population in search of convenience and sanitary living conditions.

AOC finds the garbage disposal terrifying. What is even more terrifying is the idea that she would be head of a national central plan that would rid us of internal combustion, reconstruct every building in America, even work toward the abolition of airplanes and the cow, without a knowledge of how half the population disposes of its food refuse.

This is what F.A. Hayek might call a knowledge problem. That can at least be partially overcome by, for example, googling.

This article was republished with permission from the American Institute for Economic Research.