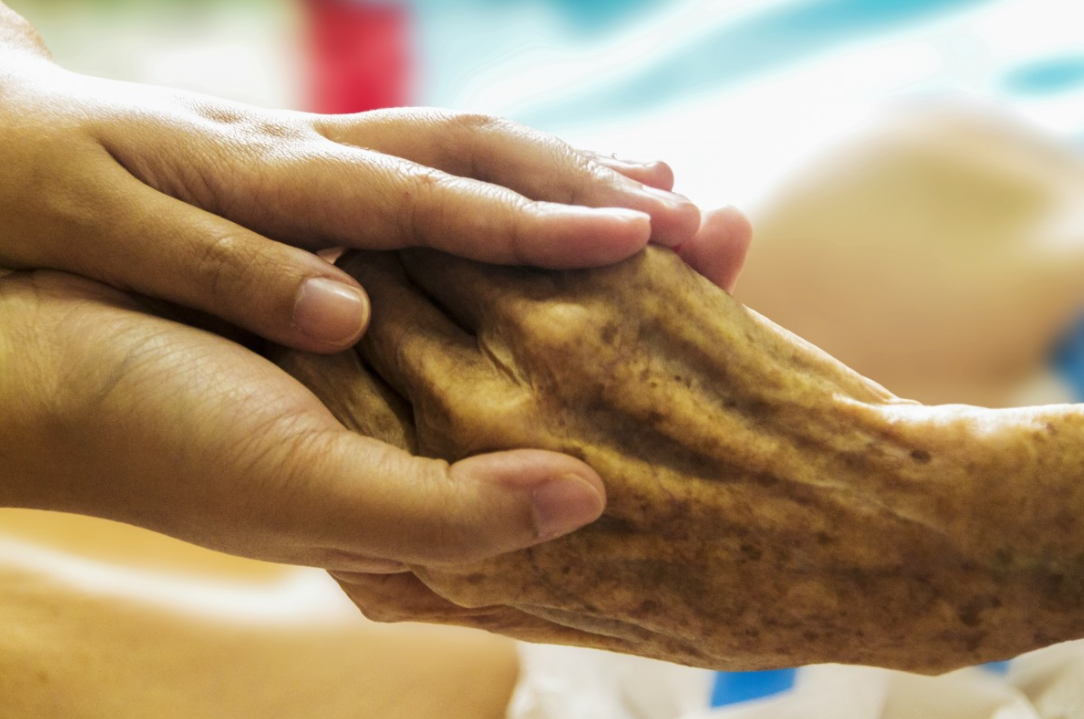 Editor’s note: The world recently lost philosopher and humanitarian Jean Vanier. Among Vanier’s many accomplishments is the founding of L’Arche, an organization and community which fostered the dignity and personhood of disabled individuals through personal relationships with “non-disabled peers.” One of the individuals involved in L’Arche was Jim Skerl, the man featured in the piece below. His dignity in death and love for the less fortunate are a valuable reminder of the importance of community and profitable living.

In Robert Bolt’s A Man for All Seasons, Thomas More states, when his interrogators threaten him with death,

Death comes for us all, my lords. Yes, even for Kings he comes, to whom amidst all their Royalty and brute strength he will neither kneel nor make any reverence nor pleasantly desire them to come forth, but roughly grasp them by their very breast and rattle them until they be stark dead.

More later reinforces the point: “For our own deaths, my lord, yours and mine, dare we for shame desire to enter the Kingdom with ease, when Our Lord Himself entered with so much pain?”

More’s world was one in which reminders of death were all around, and also one in which most people reflexively accepted the tenets of Christianity, including the knowledge that, in the words of an earlier English playwright, “the Everlasting had . . . fix’d his canon ’gainst self-slaughter.” Our world is different. We believe that life is about maximizing pleasure and avoiding pain, that our bodies belong to us, and that no one can tell us how we should live our lives or end them. We avoid reminders of death whenever we can, and pretend that if we eat the right foods and do the right exercises we can avoid death altogether, or at least avoid a painful death.

The kings of today’s world, the billionaires of Silicon Valley, are funding projects to bring us immortality, as Adam Gollner noted in The Daily Beast in August 2013. Gollner quoted Aubrey de Gray of the Methuselah Foundation, the recipient of some of this largesse, as saying that “the first person to live to be 1,000 years old is certainly alive today.” De Gray is a pessimist compared with some of the billionaires, one of whom is “100 percent certain” that man will attain immortality by 2045, and another of whom plans to live for “millions, billions, hundreds of billions of years.”

Until 2045, though, we all still need to face death, no matter how we seek to avoid it. And a death in Oregon on November 1 of last year exemplified a way of dying fully in accord with our widespread belief in personal autonomy and the importance of avoiding pain. On that day, Brittany Maynard, a 29-year-old diagnosed with an aggressive brain cancer, took 100 capsules of secobarbital, dissolved in water, and died, surrounded by her mother, her stepfather, her husband, and her closest friend. This was the death Maynard had planned; she had moved from California to Oregon to take advantage of Oregon’s law allowing doctors to assist in the suicide of their patients.

The way Maynard prepared for her death was also reflective of modern American thought. After receiving her terminal diagnosis, Maynard traveled to Yellowstone, Alaska, and the Grand Canyon, with the last trip representing the final item on Maynard’s “bucket list.” Maynard also asked her mother and stepfather to remember her by going to Machu Picchu, one of the places Maynard had visited before her diagnosis. As Maynard’s mother told People, “It’s a very sacred spiritual domain. She knows if we can feel her, it will be there.”

Maynard also chose to publicize her death. She was the subject of a cover story in People, featured in a video produced by Compassion & Choices, an organization advocating assisted suicide, and asked to write an opinion piece for CNN explaining her “right to die with dignity at 29.” To date, the online version of the People story has been viewed some 16 million times, and the video has been viewed some 11 million times. Maynard stated, “My dream is that every terminally ill American has access to the choice to die on their [sic] own terms with dignity,” and she took steps to see that this “dream” survived her, working with Compassion & Choices to set up the Brittany Maynard Fund to advocate for assisted suicide in the 45 states where it remains illegal.

Maynard was quite clear about why she chose to kill herself: “I do not want to die. But I am dying. And I want to die on my own terms.” Those terms involved “choosing to put myself through less emotional and physical pain.” In the CNN story following her death, Maynard was quoted as saying,

The worst thing that could happen to me is that I wait too long because I’m trying to seize the day, but I somehow have my autonomy taken away from me by my disease, because of the nature of my cancer.

The same day Maynard died, a man was buried in my hometown of Cleveland whose way of dying and way of living were different from Maynard’s. I knew this man, though I did not know him well. His name was Jim Skerl. He graduated from the high school I attended, St. Ignatius in Cleveland, in 1974, and began teaching theology there in 1978. He remained at the school until October 3, 20 days before he died of pancreatic cancer. According to the eulogy delivered by another member of the theology department, Marty Dybicz, Skerl, on his last day as a teacher, “spontaneously quoted the Apostles Creed and said, ‘I believe in the holy catholic church, the communion of saints, the forgiveness of sins, the resurrection of the body, and life everlasting.’ Then he added, ‘Go with God. Love one another.’”

Skerl’s life showed how much he believed what he said on his last day as a teacher. For ten years, each Sunday night saw Skerl gather with students at the school’s chapel, where they prayed before the Blessed Sacrament. They then would go to places where the homeless could be found, bringing them a meal and companionship. Each month, Skerl would lead students to Cleveland’s L’Arche community, where they would also bring a meal and companionship to the disabled adults who lived there. Skerl became friends with the homeless and disabled persons he met, some of whom came as guests to his wedding.

Skerl did not do these things to bring attention to himself. The outside world had no idea this was going on, and most alumni had no idea, either. But another of Skerl’s activities did attract attention. In February 2006, Scott Simon of NPR interviewed a student, Dan Sklenka, about his work as a member of the St. Joseph of Arimathea Pallbearer Society. This society was another of Skerl’s ideas, conceived as a way to enable Ignatius students to perform one of the corporal works of mercy, burying the dead. The ministry is known to funeral directors in Cleveland, and whenever someone is being buried who has no one to carry his casket — whether he was indigent, or he had no relatives or friends, or his relatives or friends are too few or too infirm — a call is placed to Ignatius, and six young men, dressed in blue blazers, show up to carry the casket respectfully, offer their condolences to the living, and pray for the dead. As a result of that interview, other high schools around the country have established similar groups. Amazingly, the Pallbearer Society is now the most popular extracurricular activity at Ignatius, even though participation is limited to juniors and seniors.

Throughout Skerl’s illness, his students knew that he was dying. He discussed the progress of his medical treatment in class, and told friends of the funeral he had planned and the simple pine casket he had chosen to be buried in. But Skerl deflected concern away from himself, generally turning an inquiry regarding how he was doing into a sincere conversation about how his interlocutor was doing. Before Skerl was taken to hospice, a fellow teacher visited him and saw a hospital bed he had been using. When this teacher asked Skerl what he had been doing, Skerl replied that he had been praying for all the people who had needed that bed before him. Unsurprisingly, hundreds of people showed up for Skerl’s funeral, after hundreds more had paid their respects the day before at the school. People who attended the funeral told me they have never seen so many people at any funeral, and all 300 or so current members of the St. Joseph of Arimathea Pallbearer Society lined the walls of the church during the funeral Mass. But neither People nor CNN nor any of the other national media outlets that eagerly reported on Brittany Maynard’s demise saw anything to note in Skerl’s passing.

None of us would want to receive the diagnosis Brittany Maynard received. But neither would we want to receive the diagnosis Jim Skerl did. Maynard’s emphasis on autonomy and choice and avoiding pain struck a chord. We want to be able to do as we please, and none of us want pain. But Jim Skerl has shown that Brittany Maynard’s way of dying is not inevitable. There is another way to die, and to live. That other way is harder, particularly for those of us who cannot handle even minor pain well. But it is more rewarding. Even infinitely so.

This article has been republished with permission of Chronicles.