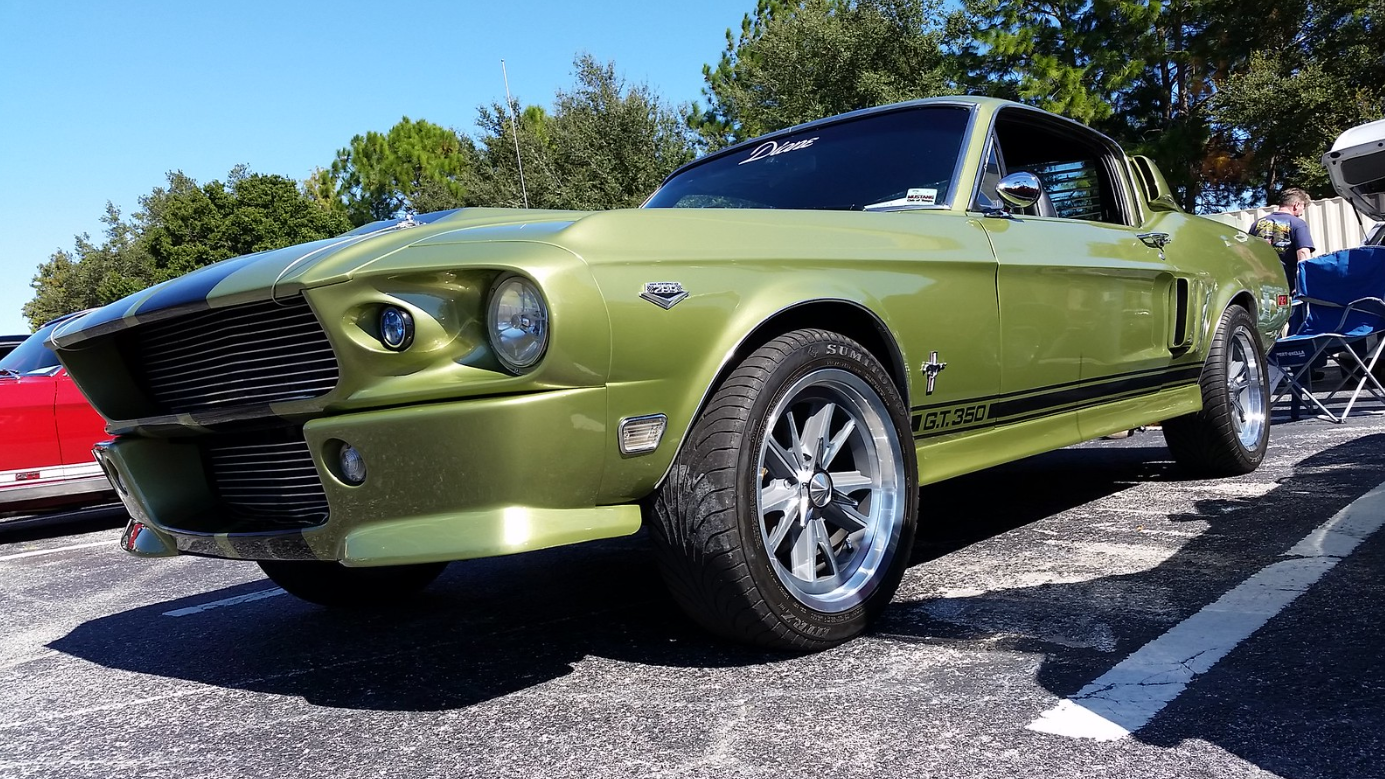 Your car looks like a box. So does every other car. It’s boring, even shocking when you consider how awesome cars used to look. What’s gone wrong? And to what extent has the design mess contributed to the decline of American auto manufacturing?

A recent letter to the Wall Street Journal comes close but misses the point. “Blame the Death of Design for U.S. Autos’ Decline” reads his headline. Speaking of Cadillacs and their declining sales, he writes: “The 1957 coupe looked like nothing else on wheels then, and it’s still stunning six decades later. The [new] XT6 and boxes of different sizes, identified with variations of letters and numbers, are the problem. A distinctive, prestigious and beautiful vehicle is the solution.”

This seems right. You drive around today and can barely distinguish one wheeled box from another. We look through websites at concept cars and wonder why they never seem to exist. And whatever happened to the Golden Age of design?

The problem with the letter is that it only scratches the surface. The real problem is more fundamental. Designers did not somehow lose imagination over the last 25 years. The designs of new cars are boring because regulations forced this result.

A few years back, I attended a wedding where the bride and groom ordered an antique car to leave for their honeymoon. It was a Studebaker, a 1940 Commander convertible. This car was still fabulous, after all these years. We stood in a parking lot packed with new models. No one cared about them. We were all obsessing about this old Studebaker. It is rightly named: It commands attention. The shape makes it a work of art. The hood looks like nothing made today. The red leather interior is luxurious.

We stood there in total admiration. We wondered about the gas mileage. It can’t be more than today’s gigantic “light trucks,” but we all agreed that paying more to drive something that cool would be worth it.

Yet it’s not a choice. No manufacturer can make a car like this anymore. Step back from the situation and think about it. In the 1930s, phones were awful, and you were lucky to have one at all. No one today would give up a smartphone for one of those old things. Same with shoes, computers, televisions, ovens, and so much more. No one wants to go back.

With cars, it’s a different matter. Our sense of nostalgia is growing, not receding. But we don’t even have the choice to go back. There will be no more pretty cars made and sold in the United States. The government and its tens of thousands of micromanaging regulations on motor vehicles will not allow it.

The day before the wedding, I was at the grocery store and saw another amazing car, this one a tiny sports model with roll bars. It just took my breath away, too great not to elicit a sense of awe.

I asked the owner where he bought it, what model, what make, etc. This car challenged my impression that all new cars look the same. He said that he built it in his garage. He got the kit from Factory Five Racing.

“You have to build your own car in a garage because no maker is able to sell something like that?”

The old expression goes “If you want something done right, you have to do it yourself.” There’s only one problem: It should not be true in a developed economy. We should be able to take advantage of the division of labor. We shouldn’t have to build our own cars any more than we should have to weave our own clothes. But that is exactly where the regulations have taken us.

It hasn’t happened all at once. It’s been a bit at a time, taking place over four decades in the name of safety and the environment. The whole thing began in 1966 with creation of the National Highway Traffic Safety Administration, followed by the Environmental Protection Agency and dozens of others. Every regulator wanted a piece of the car.

But these mandates are imposed without any real sense of the cost and benefits, and they come about without a thought as to what they do to the design of a car. And once the regs appear on the books, they never go away. They are stickier than code on a patented piece of software.

The Rise of the Boxes

As the years marched on, the homogenization process rolled forward, with each generation of cars looking ever more like each other. You can even trace the problem by looking through the history of the Mazda Miata: this slick two-seater roaster eventually became a shrunken version of all the other cars on the road: swollen nose, rear, and beltline.

Try as they might, manufacturers have a terrible time distinguishing their cars from each other’s. Car homogenization has become something of an Internet meme. It turns out that all new cars more or less look alike. I had begun to notice this over the years and I thought I was just imagining things. But people playing with Photoshop have found that you can mix and match car grills and make a BMW look just like a Kia and a Hyundai look just like a Honda. It’s all one car.

Truly, this cries out for explanation. So I was happy to see a video made by CNET that gives five reasons: mandates for big fronts to protect pedestrians, mandates that require low tops for fuel economy, a big rear to balance out the big fronts, tiny windows resulting from safety regulations that end up actually making the car less safe, and high belt lines due to the other regs. In other words, single-minded concern for testable “safety” and the environment has wrecked the entire car aesthetic.

And that’s only the beginning. Car and Driver puts this as plainly as can be: “In our hyperregulated modern world, the government dictates nearly every aspect of car design, from the size and color of the exterior lighting elements to how sharp the creases stamped into sheetmetal can be.”

You are welcome to read an engineer’s account of what it is like to design an American car. Nothing you think, much less dream, really matters. The regulations drive the whole process. He explains that the Federal Motor Vehicle Safety Standards with hundreds of regulations — really a massive central plan — dictate every detail and have utterly ruined the look and feel of American cars.

There is no way out, so long as the regulatory state is in charge.

Never mind that safety and the environment create contradictory results. The more gas you save, the lighter the car and the more likely it is to kill you in a crash. Corporate average fuel economy (CAFE) regs have certainly killed many people. Similarly, the more safe it is, the more gas it uses, as a general principle. Meanwhile, the gas itself is being ruined with corn additives that shorten the life of the engine.

These regulations are responsible for the disappearance of the station wagon and the domination of the car market by huge vehicles that can be classified as trucks, which are regulated according to a different standard.

That’s right: Regulations designed to encourage fuel economy have done exactly the opposite by pushing people out of cars and into SUVs.

No one set out to wreck the diversity and beauty of our cars. But that is precisely what has happened, as the political and bureaucratic elites have asserted their own value systems over the values of both producers and consumers. They are the masters and we are the slaves, and we are to accept our lot in life.

Consider the point about pedestrians. How many lives has a high front end really saved? No one knows. But the regulation itself seems to rule out the possibility that drivers and pedestrians can work out problems for themselves, without regulatory intervention. In other words, we are being treated like children. Wait, not even that. We are being treated as if we have no brains at all.

Some 40 years ago, futurists imagined that cars of the future would be stunning and beautiful and would bring total joy to driving. Consider, for example, the 1978 Triumph that was said to be the “car of the future.” That future has been entirely wrecked.

Regulators made it the car of the past, a dashed dream that had to die to make way for the weird, homogenized stuff we are permitted to buy today.

Americans used to take pride in our cars and laugh at the horrible cars produced under socialism in, for example, East Germany. The Trabant will go down in history as one of the worst cars ever. But as we look back at it, at least you could see out the windows and at least the plan seemed to put the interests of the actual driver above Mother Nature and the nondrivers. The socialist central planners had a bit more sense than the American regulators.

In the end, if the goal is to protect the pedestrians, the driver under test conditions, and the Earth, you can do no better than mass transit and the bicycle — or just walking.

The car was the foundation of the second industrial revolution. Encroaching government has robbed it of its future. We once dreamed of a flying car. The regulators are putting us in the position of just dreaming about returning to the glory days of the 1970s. That’s just pathetic.

Maybe someday cars will be beautiful again, but not until the regulations are repealed and car makers are again given freedom to delight us.

Until then, we have to build our own or be rich enough to buy something entirely manufactured somewhere else only for the rich.

Everyone bemoans the end of the American car industry. We will be talking about this for generations hence. There are many factors. But how many know that regulations contributed mightily to making this inevitable?

This article has been republished with permission of AIER.