When Tech Elites Lose Their Religion 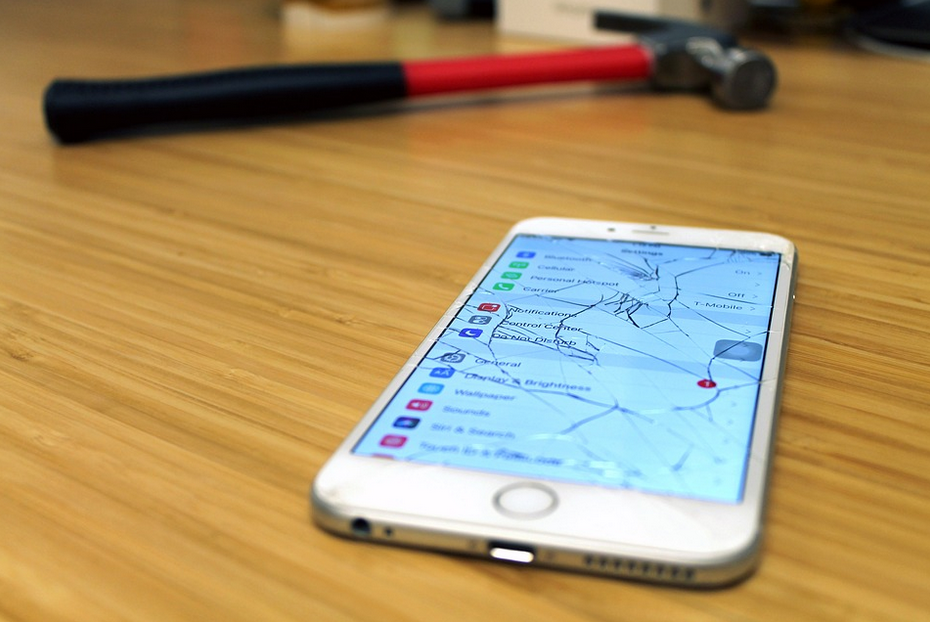 Remember the “digital divide”? That’s a media-friendly bit of alliteration, going back to the 1990s, used to describe the unequal distribution of digital access. That is, there were some areas where the Internet and related technologies were scarce — and those areas still exist today.

Yet lately we’ve seen the emergence of a second kind of digital divide, the exact opposite of the first. Whereas the old divide was concerned with digital under consumption, this new kind is premised on digital over consumption. As such, this second divide speaks to a remarkable loss of faith among the digerati in their own handiwork. And come to think of it, maybe that shift in thinking should serve as a clue, and a cue, to the rest of us.

To be sure, the overwhelming trend is still towards more digital consumption. The tech company Ericsson, for example, forecasts that worldwide digital traffic, just from mobile devices, will have surged tenfold between the years 2016 and 2022. Indeed, virtually all the tech trends in the world today — including 5G, autonomous vehicles, and the Internet of Things — suggest that digital activity will continue to rise with Moore’s Law-like rapidity.

Yet even if the counter-tech trend is minuscule, it’s still notable, because it seems to be led by the people who know tech best — the denizens of Silicon Valley. Sample headline in Business Insider from February of last year: “Silicon Valley parents are raising their kids tech-free — and it should be a red flag.” Here’s another from The Good Men Project a couple of months later: “Silicon Valley Parents Choose Low & No Tech Schools. What About Your Kid’s School?”

Then in October, the mighty New York Times weighed in with “A Dark Consensus About Screens and Kids Begins to Emerge in Silicon Valley.” The Times quoted one woman, formerly at Facebook, now at the related Chan Zuckerberg Initiative — the first family of Facebook’s personal philanthropy — as saying: “I am convinced the devil lives in our phones and is wreaking havoc on our children.”

Diabolical allusions might strike some as a bit much. Yet the same article also quoted Chris Anderson, the former editor of Wired, now head of a tech startup, using language almost as strong to explain why he shields his own kids from digital temptation: “On the scale between candy and crack cocaine, it’s closer to crack cocaine.” The Times further cited the digital apprehensions of the late Steve Jobs, as well as of Tim Cook and Bill and Melinda Gates.

In a companion piece, the Times reported on a related trend: parents trying not only to keep digital devices away from their kids, but also out of the hands of their kids’ nannies. From the Times:

From Cupertino to San Francisco, a growing consensus has emerged that screen time is bad for kids. It follows that these parents are now asking nannies to keep phones, tablets, computers and TVs off and hidden at all times. Some are even producing no-phone contracts, which guarantee zero unauthorized screen exposure, for their nannies to sign.

It might be tempting to regard this anti-tech spirit as a bit precious, just another manifestation of rich people’s desire to differentiate themselves from the masses. That is, if everyone has a digital device, then the cool thing is not to have a digital device—or at least not to be visibly carrying one.

Moreover, for reasons seen, the tech lords and ladies can be regarded as hypocritical. After all, they ushered in this digital new world, and made fortunes doing so, yet now they’re backing away from tech, at least in their personal lives.

Yet once we’re done impugning the motives of the digital plutocracy, we should ask ourselves: do they have grounds for their fears? Is digital dependence so dangerous that others, too, should be losing faith?

To be sure, there’s been no shortage of Jeremiahs writing anti-tech tomes. Just over the last couple of years, Adam Alter published Irresistible: The Rise of Addictive Technology and the Business of Keeping Us Hooked, Nicholas Carr released The Shallows: What the Internet Is Doing to Our Brains, and Franklin Foer wrote World Without Mind: The Existential Threat of Big Tech.

Moreover, disillusion seems to be spreading far beyond the Weighty Book crowd; the sea of digital faith is retreating even for, one might say, real people. These days, it’s common to hear melancholy roars of concern over various kinds of digital addiction, as well as the problem of sedentary lifestyles and the danger of ADHD.

And nowhere does the tide of concern seem higher than in Wellington, Kansas, population 7,800. In that little town, people are riled up over a new tablet-based curriculum, Summit Learning, developed by Facebook engineers and distributed for free by the Chan-Zuckerberg Initiative.

For instance, there’s factory supervisor Tyson Koenig, who told the Times on April 21, “We’re allowing the computers to teach and the kids all looked like zombies.” And so Koenig yanked his fourth grader out of the local school. (Some will say, citing good evidence, that ever since the 2016 election, the Times has been markedly hostile to Facebook — indeed, Facebook itself says it — yet long before the Times got there, the Kansas controversy was plenty real.)

Thus it seems that we’re entering into a paradoxical twilight time, an era astride two ages. On one side of the twain, digital domination seems unstoppable, and yet on the other side, people don’t trust it.

What will happen when the reality is real yet the believers don’t believe? Barring some sort of cataclysm that does away with electricity, it’s hard to imagine computers going anywhere. Yet at the same time, it’s also hard to imagine that humans won’t find a way to subvert the unloved digital superstructure.

Indeed, the more one thinks about the sort of politics that Silicon Valley produces — a well-funded but lunkheaded combination of libertarianism and political correctness — the more likely it seems that some digital antithesis will emerge.

Why, one is even reminded of Apple’s legendary “1984” TV ad — you know, the one where the rebel woman throws a hammer through the giant telescreen. At the time, Apple seemed to be striking a great blow against the IBM empire. Perhaps now, two generations later, the time is ripe for a new kind of blow.

In fact, as a possible straw in the zeitgeistial wind, on April 15, ZDNet published an article headlined, “Remove yourself from the Internet, hide your identity, and erase your online presence: Here is a step-by-step guide to reducing your digital footprint online, whether you want to lock down data or vanish entirely.” (Yes, we can savor the irony of an online publication posting an article about how to disappear online.)

Will this sort of withdrawal do the trick? Or will the digital dominators, scraping the world for data, succeed in scouring everyone down?

It’s certainly possible that the scrapers will dominate the earth, because, as we know, there’s no shortage of centurions, digital as well as human, who are eager to do the empire’s bidding. And so perhaps the empire will remain intact, even as those who actually wear the imperial-digital purple seem to be less and less fervent over the founding faith.

Speaking of centurions and imperiums, one can’t help but compare the digital status quo to the Roman Empire of yore. Yes, at its geographic peak, Rome dominated much of the known world, and yet there was a hollowness to its value system. As Edward Gibbon explained in The Decline and Fall of the Roman Empire, long before the Empire actually fell, its guiding faith had fallen. “The wisest among the Pagans,” Gibbon wrote, “had already disclaimed its usurped authority.”

And then, seemingly out of nowhere, came a new faith. As doctors of the Christian church once said, back in the days when they were sure of themselves, sine auctoritate nulla vita — “nothing lives without authority.”

So who, or what, will provide the new authority? That we don’t yet know. All we know is that it’s coming, because vacuums are always to be abhorred.