Social Justice Is at Odds with American Ideas of Justice 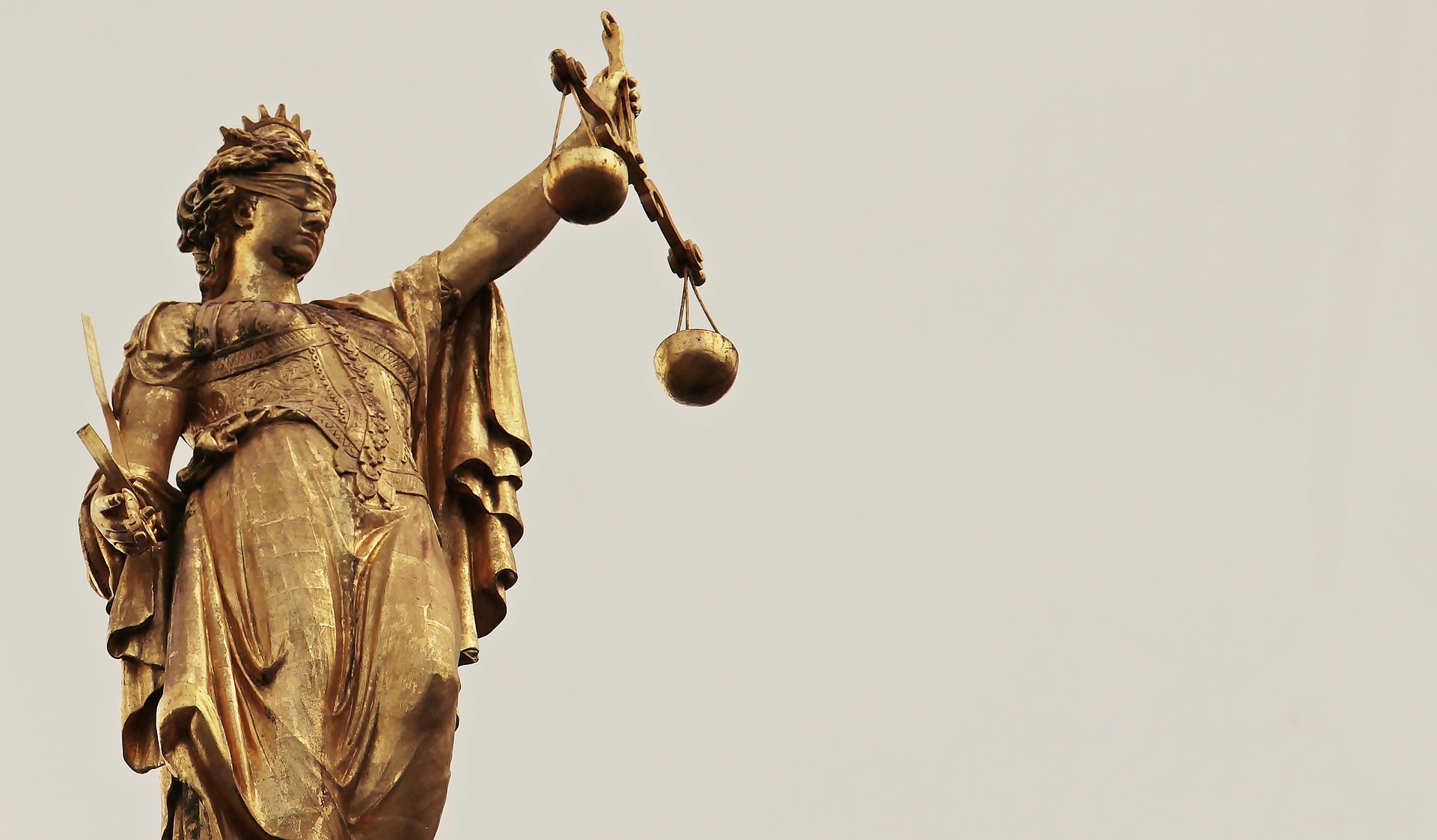 What is justice? This complicated question is the subject of much study by philosophers, lawyers, clergy, and laymen. It is often easier to determine the metes and bounds of justice from what it is not than to define what it is in the abstract. Unfair procedures, treating the rich differently from the poor, racial discrimination, or the infusion of bribery and perjury into criminal procedures strike almost everyone as forms of injustice. Likewise, light punishments for serious crimes or excessive punishments for minor ones all have the stench of injustice. In criminal matters, justice chiefly requires that the guilty are punished and the innocent go free.

This understanding stems from the traditions of western justice, particularly the Anglo-American variety, which places a premium on the rights of the individual and the importance of fair procedures. This is why our Constitution allows one the right to remain silent and prohibits the use of illegally-obtained evidence, while permitting the accused a defense counsel and a trial by jury. These procedures were the products of centuries of experimentation. They reflect the concern not only with justice but also the fear of the “run-amuck” majority, i.e., the mob.

Anglo-American justice fundamentally is an individual affair. The question it normally confronts is whether a particular person committed a particular offense. One’s station in life, his relative wealth, background, race, and the background of his relatives are supposed to be irrelevant. This is the origin of the expression, “Justice is blind.” Justice deliberately averts its gaze from one’s other social merits and demerits. It presupposes that otherwise good people can do very bad things and that otherwise bad people may not have done the bad thing they may be accused of having done.

This is also what distinguishes criminal justice from other matters of politics and policy. Matters such as war, immigration, or social programs aimed at elevating the estate of the poor exist apart from criminal justice and take into account social concerns that may be judged collectively and involve the relations of groups. They require a separate kind of logic.

The Left has a particular interest in what it misleadingly calls “social justice.” This demands that historical injustices committed against members of particular victim groups require not only government assistance, but also the differential application of criminal justice. This is the root of the Left’s recent talk of “mass incarceration.” The racially different outcomes in criminal sentencing are deemed a massive injustice without regard to differences in the per capita rate of crimes. According to this way of thinking, the fairness of the procedures that were involved in any particular person’s incarceration may be ignored; the mere fact of inequality of outcome by itself cries out for justice in the eyes of the Left.

Leftist social justice is diametrically opposed to the Anglo-American tradition of individualized justice. It demands, like Marx, that class factors take center stage. Indeed, Marx himself dismissed the individualized justice of the West as a tool for the bourgeois class to oppress the proletariat in his infamous Manifesto. He did not grant that there was any truth or reality to any particular philosophical system, including the West’s classical liberalism. Rather, he dismissed all of these claims to justice as the expression of an ideology crafted by the dominant group to seduce the oppressed.

While Marx used the term “class justice,” as he was focused chiefly on the conflicts between economic classes, the Left’s more recent innovation is the inclusion of “intersectionality” to the mix. This classifies ethnic minorities, women, gays, and other groups as categories oppressed by whites, heterosexuals and the like, and thus also in need of ideological social justice.

The recent Jussie Smollett episode is illustrative. He is an obvious sociopath and liar, and in a healthy society, he would have neither wealth nor fame. But, we live in clown world.

Concerned about his paltry compensation of $1 million per year as an actor on the show “Empire,” Smollett ginned up a story of being assaulted and nearly lynched by two MAGA-hat wearing rednecks who somehow found their way to the city of Chicago, were walking around in sub-zero temperatures, and happened to recognize him at 2:00 a.m. In response, the entire media went into overdrive condemning this instance of a vile hate crime. The police put a large team on the case. Expressions of sympathy, solidarity, and outrage came from every corner of the leftist culture-making apparatus, even though his tale barely passed the smell test.

The police were less versed on the hierarchy of intersectionality and concluded his story was a hoax. A cursory review of surveillance cameras, his phone records, and the confession of his co-conspirators made this plain. He was arrested by the police, but the post-arrest rhetoric by the authorities did not miss a beat, continuing to view the events through the lens of Marxist class justice. His real sin was in hurting the very groups to which he belonged and on behalf of whom he is said to be seeking justice. Rarely was it mentioned that he uttered a hateful blood libel against all conservatives—indeed, against all white Americans—to further his own personal interests, which also served to reinforce the left’s existing prejudices about a “hate crime epidemic.”

Smollett’s combination of old school privilege (wealth, fame, connections) along with his new intersectional credentials (gay, black, Jewish, leftist) led this week to his exoneration with a mere $10,000 fine. The massive expense he imposed on the police and his contribution to the myth of evil racist MAGA-hat-wearing Trump supporters counted for little. His lawyer, the Soros-funded prosecutor, and Michele Obama’s chief of staff conspired to make it go away. This event, no doubt, will be memory-holed because it hurts the broader narrative and thus undermines the social justice struggle.

Smollett’s case is merely one among many showing how the new justice works. College campuses are shut down for right-wing flyers, right-wing demonstrators are prosecuted by the full weight of the federal government, Democratic presidential candidates are talking about prosecuting mere thought crimes, even when real crimes like Smollett’s are forgiven. Smollett is among the privileged “victims” for whom the Left’s justice is not blind, but rather colored by the intersectional trinity of race, class, and sex. We have seen similar expressions of solidarity among the putative victim classes regarding such varied injustices as O.J. Simpson’s acquittal, Jeffrey Epstein’s slap on the wrist, Michael Jackson’s long-term abuse of minors, and the various police shooting cases that set off race riots during Obama’s long hot summer of 2014.

While not every case implicates social justice, it should be no surprise that those who conceive of life this way also employ power in this manner when they are in charge. Was it a mere detail that Hillary Clinton was exonerated for her manifest crimes, while the hero Michael Flynn was convicted, even when the FBI agents who interviewed him did not believe he committed a crime? Was it a fluke that the gun-toting Antifa of Charlottesville were never prosecuted or barely punished for their assaults, while the book was thrown at those on the other side?

This is not to say one side is always innocent and the other always guilty, but with ideologues at every level of the justice system, “woke” justice has within it the seeds of every form of injustice. It rejects from the outset that the essence of justice is to punish individuals individually guilty of particular offenses. Instead, the new justice aims to right historical wrongs—real and imagined—while advancing the narrative and history in a particular direction. In the process, this ideology corrupts otherwise-justified prosecutions by clouding these decisions with these extra-judicial considerations of race, class, sex, and the like.

Back in the USSR

There is a historical parallel to current trends in American justice: the “class justice” of the Soviet Union, as documented by such ideologically varied writers as Orlando Figes and Robert Conquest. Entire groups of enemies were invented—the Kulaks and the “saboteurs”—and then deported, convicted, or “liquidated” in the name of historical progress. Moreover, the children of the guilty were further burdened their entire lives because of their “spoilt biographies.” Individualized justice meant little, as advancing the new Soviet system and the destruction of “class enemies” was paramount. As Stalin himself put the matter, “if just 5 percent of the people who had been arrested turned out to be actual enemies, ‘that would be a good result’.” The victims numbered in the millions.

There has been some trouble among the otherwise-unified Left over Smollett’s treatment, particularly between Chicago Mayor Rahm Emanuel and Smollet’s protectors. This too should be cautionary, as it also has an historical antecedent. As the Soviet system evolved, class justice gave way to bloodletting among the authorities, as escalating denunciations and counter-denunciations showed that nothing could keep one safe from the logic of class justice, including perfect individual fidelity to the new system and its code. Any individual could be offered up on the altar to expiate the sins of his disfavored social background.

Americans committed to the original understanding of American justice must not fall into the trap of accepting class justice, including such recent additions to our legal system as hate crimes. Hate crime laws—and their cousin, the notion of hate speech—requires an investigation of mere thoughts, typically with an eye toward advancing the interests of privileged classes by rooting out evil thoughts. This is impossible, invasive of our historical liberties, and infuses nakedly political considerations into what should be technical questions of guilt and innocence. Simply accomplishing the hoary pursuit of individualized justice is difficult enough.

In the end, we can have individual justice or we can have social justice, but we can’t have both, as they are opposites.